The disused rail corridor is not being used to its potential

Converting the rail corridor to a recreational trail opens up opportunities for tourism businesses and locals to get more regular exercise.

The Derwent Valley is one of the most beautiful in Australia. Destinations include Mt Field National Park, Tyenna River and cafes and farm gates in Westerway, Bushy Park and Plenty, including Ashbolt Farms, 2 Metre Tall Brewery, Reid Fruits and Salmon Ponds.

There is great potential for cycle tourism in the valley from New Norfolk to Maydena but the roads are narrow and unsafe for riders.

Trains have not run on the line since 2005 and the local heritage rail group has struggled to get a regular operation up and running along the line as TasRail is not maintaining the tracks. 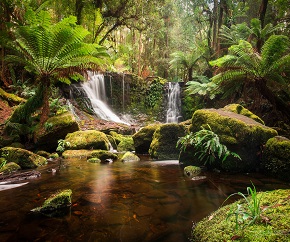 Tasmania has the chance to develop two multi-day rail trails that would attract tourism to regional areas and also benefit locals wanting to ride or walk for recreation and transport: the North East Rail Trail and Derwent Valley Rail Trail. 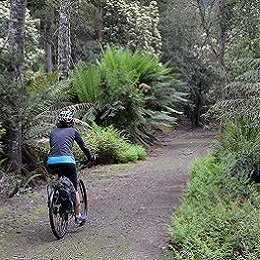 The Legislative Council has delivered its final report into the North East Rail Trail giving the state government’s compromise solution the thumbs up but trail... 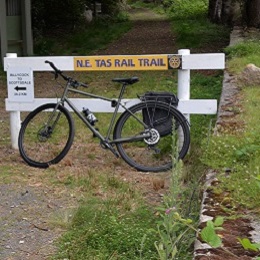 Time to get Rail Trail works back on track

Now the Legislative Council inquiry into the North East Rail Trail has concluded, it’s time for the state and federal governments to get the project...

Bicycle Network appeared at a Legislative Council inquiry hearing on Monday to support the case for extension of the North East Rail Trail from Scottsdale... 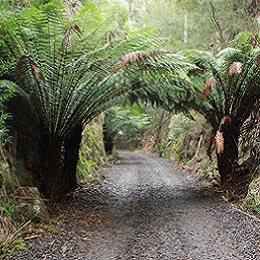 he Tasmanian Government has given the green light to an extension of the North East Rail Trail, from Lilydale to Scottsdale, with both houses of...

Use the rail corridor to create a rail trail in three stages. The disused Derwent Valley railway line runs alongside the River Derwent between New Norfolk and Maydena.

Conversion of this line to a rail trail would give  tourists the chance to walk or bike from the mouth of the Derwent, through farmland, to Mt Field national park and mountain bike park at Maydena.

The Derwent Valley Rail Trail would be a leading tourism experience

The project could be undertaken in several stages.

Stage 1 – The initial proposal is for a wide, 7km long pathway from Westerway to National Park to connect farm outlets and cafes with the entrance of Mt Field National Park. At the western end is the Rail Tracks Riders service, which connects through to Maydena. At the eastern end, the path will connect to the heritage rail being developed by Derwent Valley Rail.

Stage 2 – New Norfolk to Westerway. From the antique shops and history-filled town centre along the beautiful Derwent Valley, past grazing land, vineyards and small fruit farms.

Stage 3 – Granton to New Norfolk. Completing the scenic rail trail all the way from the tourist collector point of Hobart into the heart of the Derwent Valley.

– funding for a feasibility study into development of a rail trail and assessment of tourism benefits
– in principle approval from the Derwent Valley Council.

Collective action makes a difference. Join the campaign – together we can ensure Tasmania’s rail trails get built.