A recent set of artificial intelligence (AI) surveys have been undertaken by Bicycle Network in the City of Port Phillip (CoPP) at several priority intersections, to collect important bicycle, pedestrian and vehicle movement data for transport planning and decision making.

The surveys detect and categorise road users when they enter the camera field of view. Bicycle Network’s AIRS (Artificial Intelligence Road Surveys) is able to count road users’ volume, as well as tracks their paths along ‘tracelines’, and measure their travel speeds.

Collected at six key intersections identified in South Melbourne, the data plays a key role in understanding the priority and movements of bike riders through intersections and where potential areas of conflict may arise. 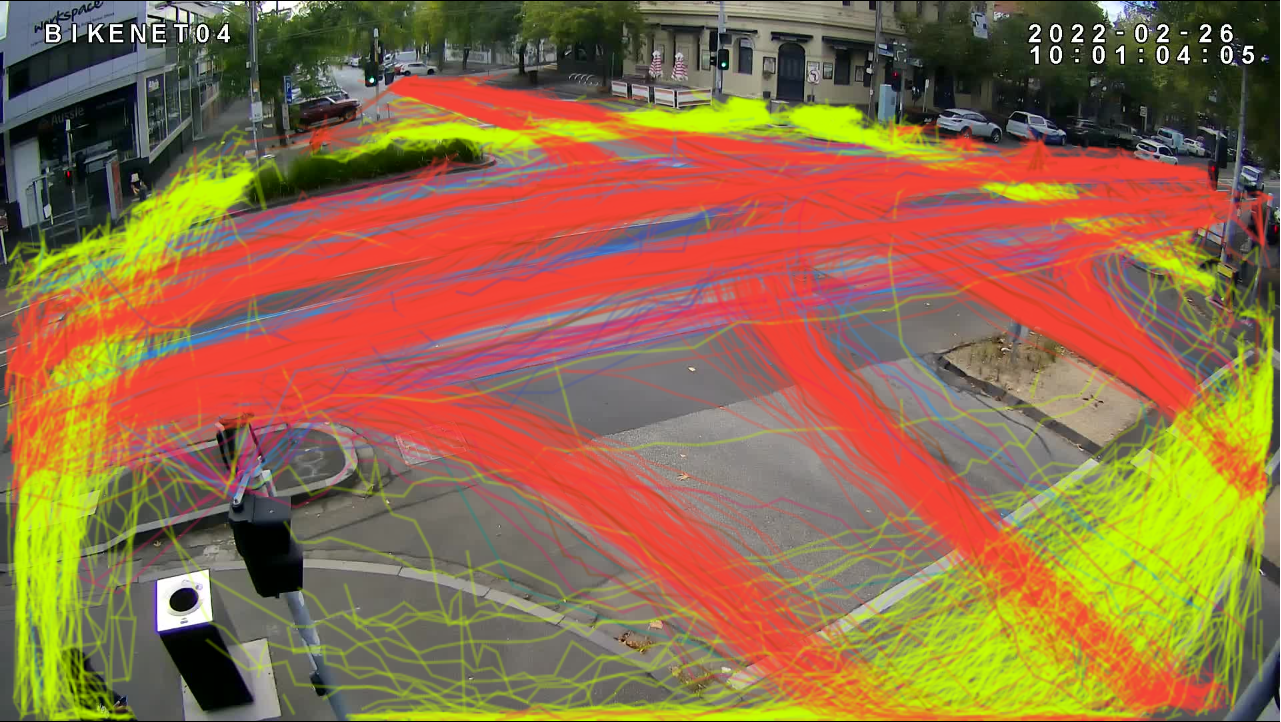 The collected data will assist transport planners in the council to aim to meet mode shift targets set out in the 2018-2028 Integrated Transport Strategy. The strategy aims to build 11 protected bicycle corridors and increase number of bike trips by 151 per cent compared to 2017 numbers by the completion of the 2027/2028 financial year.

The AIRS software can be used at intersections for short periods (a few days to a week) using cameras, or setup for permanent data collection with the purchase of a sensor.

The CoPP project is one of the many AIRS projects completed by Bicycle Network recently, with surveys conducted in places such as Bundaberg, City of Yarra, City of Nillumbik, City of Darebin and City of Maribyrnong, all contributing to improving active transport conditions in Australia.

This recent project is the third time Bicycle Network has collaborated with CoPP using AIRS data, repeating AIRS counts at sites at different times of the year to monitor change and assist planning. Additionally, CoPP was the first to install permanent sensors installed in mid-2021 along key traffic corridors in the Port Phillip area. 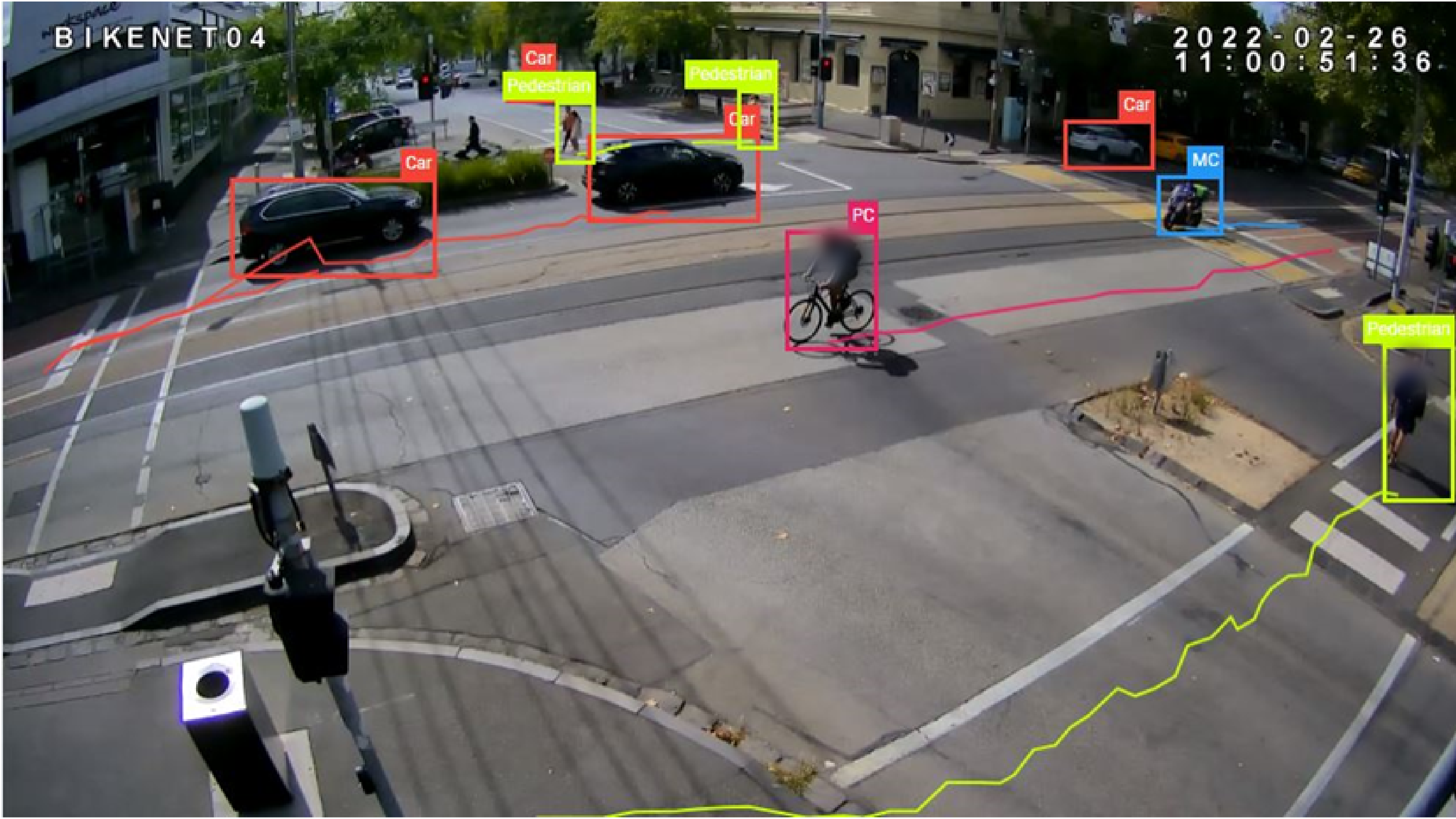 Image: Categorised users identified in the AIRS software at an intersection

These autonomous, AI-based road surveys are the newest addition to Bicycle Network’s suite of data collection services, which includes the long-established Super Tuesday commuter and Super Sunday recreational counts, and fully customised manual active transport surveys. To find out more information about these services, or to book a free AIRS trial, visit our website and submit an enquiry.

The data that is presented to clients through reports and spreadsheets is anonymised and relates to population samples with no individualised user information. Upon submission of the report data to the client, the footage is deleted from the online server no later than 60 days after the completion of the job.

You can learn more about Vivacity Labs' AI sensors here.