In 2019 we launched the four photos campaign - which four spots in your city do you think there should be action to improve life for bike riders?

In January 2022 we went back to Hobart’s four key bike riding locations to see what’s changed. Are things better for people riding bikes in our southernmost capital city than in pre-COVID August 2019?

Overall, it's a mixed bag. While riders will notice only one minor change, the fact that funding has been approved for two significant projects, is a significant win.

The following shows and describes what we found in 4 Hobart locations where more people would like to ride: A fully separated bike lane that links to the Intercity Cycleway and university campuses, TAFE and medical sites along this stretch of the city.

Instead of a bike lane, a divided space has been provided for hospital emergency vehicles for one block. A separated lane for Campbell Street was approved by Hobart Council at the end of 2019 and the council has received state government funding, but we are still waiting for it to be built. 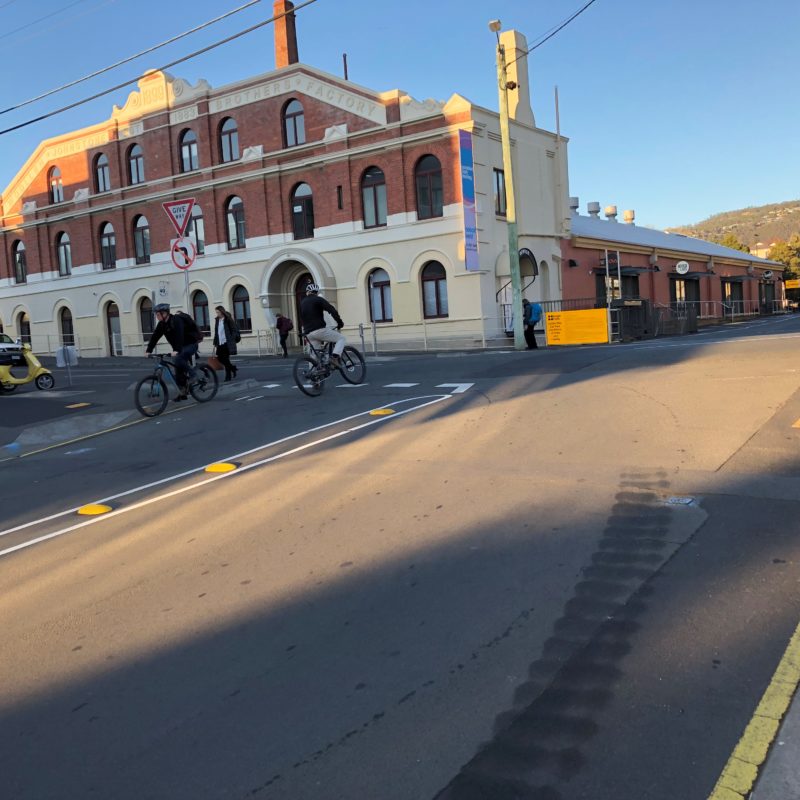 A signalised intersection and a separated bike lane down Collins Street so riders pedaling down the Rivulet Track can continue comfortably into the city.

We are still waiting to see designs for a separated cycleway, but the great news is funding has been approved for a signalised intersection and it's due to be built in April-September 2022. 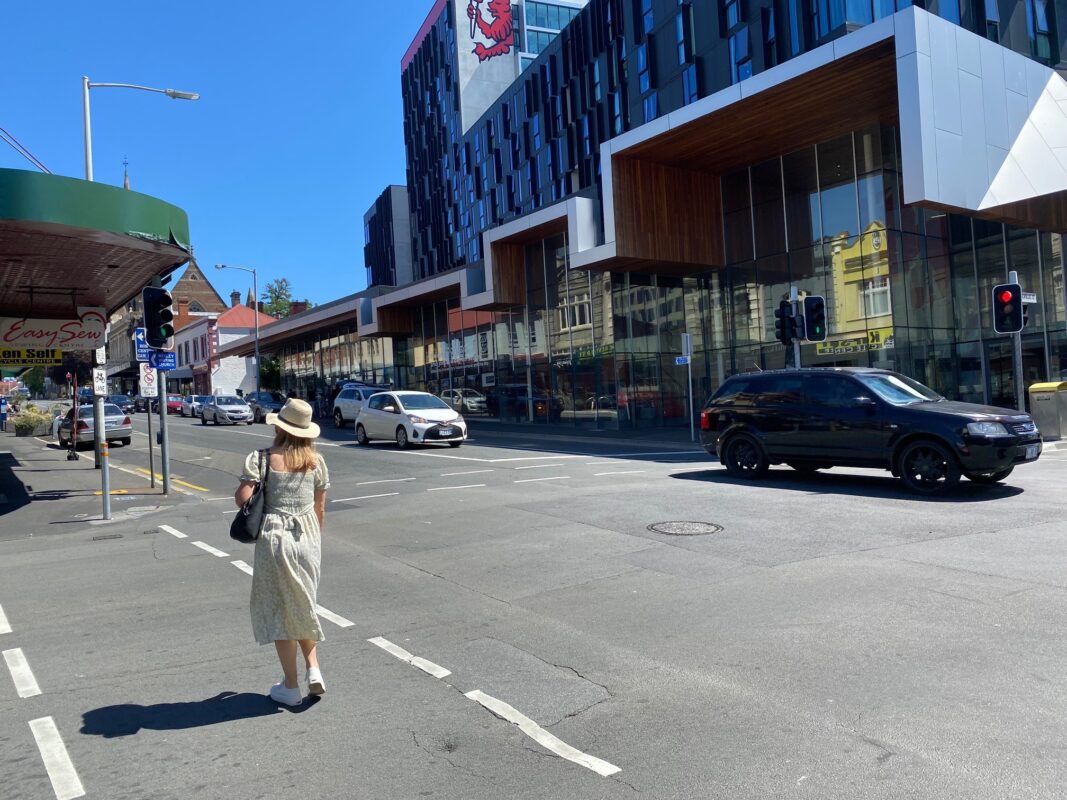 Separated lanes from the Mall to North Hobart’s restaurant precinct and past the new University of Tasmania campus.

No separated bike lanes, but there is now a narrow, one-directional painted lane heading north for one block. A baby step, but it’s a step. 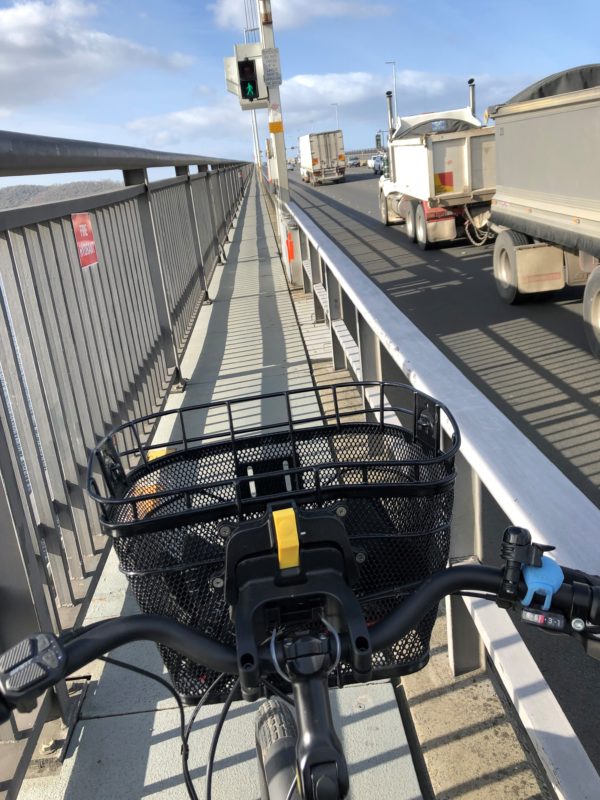 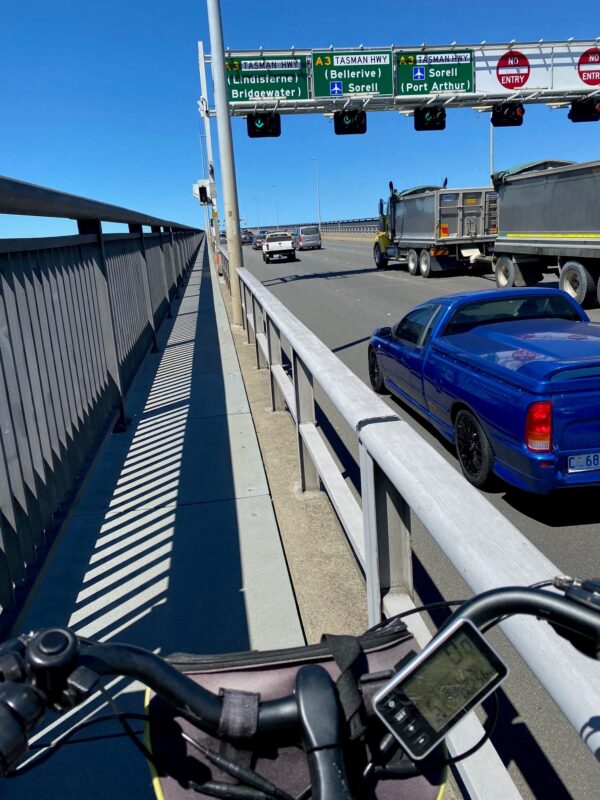 A protected bike lane, separated from people walking to avoid the skinny, incredibly uncomfortable space. Since August 2019 there’s been a significant crash on the bridge, we need to act before there’s another.

Nothing’s changed physically: people are still riding the gauntlet. However, significant funding has been committed to this project for 2022-24, which is an important step toward ending this misery, and people now have the option of taking their bike on a ferry during peak hours, Monday to Friday.