More than 10 kilometres of pop-up bike lanes will be installed in the City of Sydney in the coming weeks as part of the NSW state government's plan to ease coronavirus restrictions.

Six temporary bike lanes will be installed in key commuter areas to give people an easy alternative to public transport which will be running at reduced capacity to help people maintain physical distancing.

The bike lanes will be matched with a trial of 40km/h speed limits in the villages of Camperdown, Ultimo and on Bridge Road between Annandale and Pyrmont.

“When someone rides to work, they take a car off the road or free up space on public transport – this will be even invaluable when people start returning to the City and seek to maintain physical distancing."

“The rapid roll-out of key connections in our cycleway network will improve safety for people riding to the City centre, school and health facilities, and reduce crowding on public transport," said Cr Moore.

Not in the coming months, but over the next few weeks – so Sydneysiders can get back to work on their bike. pic.twitter.com/c3GoZJNSnG

Minister for Transport and Roads Andrew Constance said the new bike lanes will help people get to and from work safely.

“We are already seeing our public transport system at capacity during peak periods with the need to physical distance and we want to offer the community more options to make their journeys safer," said Mr Constance.

On top of the six confirmed bike lanes, plans are also being considered for temporary cycleways on Oxford Street in Paddington and Darlinghurst, King St in Newtown, Castlereagh and King streets in the CBD, and in a possible back-to-the future move, College Street.

College Street is a key commuter route and used to have a dedicated cycleway, but it was ripped up in 2015 under the direction of former roads minister Duncan Gay. Bike lanes on College Street and King Street have both been long-term campaigns of Bicycle Network. 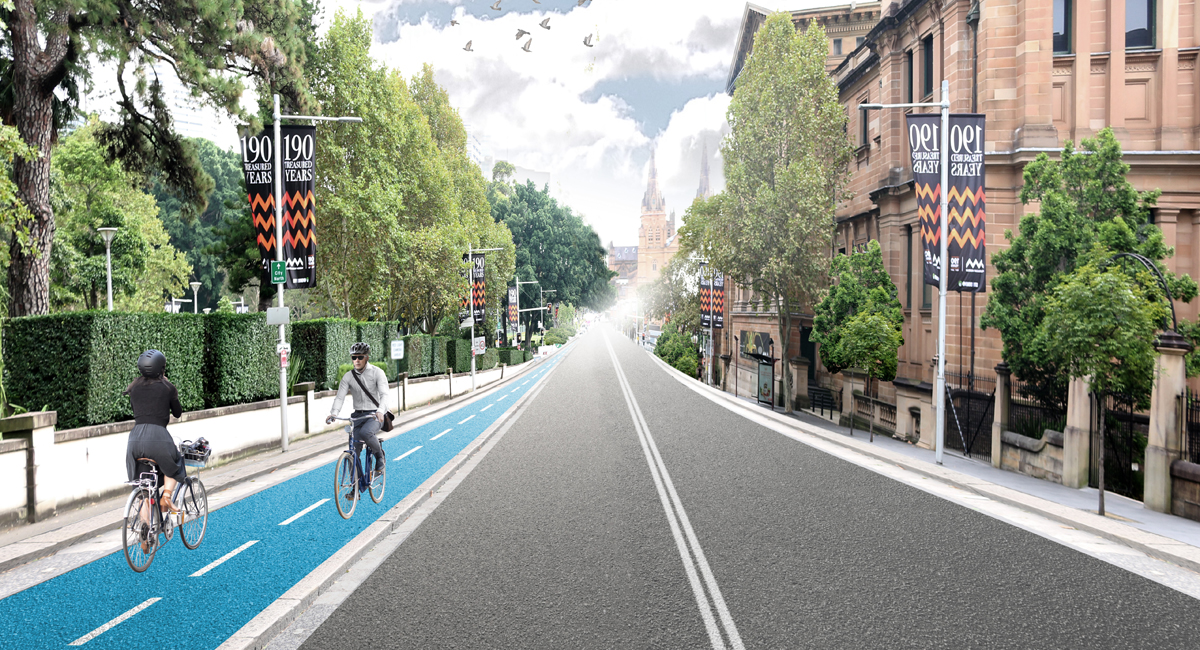 An illustration of what a new bike lane on College Street could look like.