Bicycle Network is asking governments to turn roads into cycleways to ease the load on busy bike paths and make sure people can maintain physical distancing while exercising during coronavirus restrictions.

Yesterday, a two-hour count of shared paths in Melbourne tallied thousands of riders, runners and walkers, with some paths recording large increases when compared with pre-coronavirus counts.

Bicycle Network CEO Craig Richards said that we need to create more space for the thousands of people that are looking stay active and use our paths and streets.

“Coronavirus restrictions have shown that we need to start thinking differently about daily life. Instead of driving to the gym or taking the kids to basketball, suddenly thousands of people have pulled the bikes out of the shed and are exercising near home,” said Mr Richards.

“Australia should follow the lead of other countries and quickly create more space to ride separated from vehicles. More space will enable people to get out of the house and get some exercise while still maintaining their physical distancing.”

In Germany, some streets have had bike lanes doubled in width, while more than 100 kilometres of roads in Oakland, California have been closed to through-traffic to make them easier to ride a bike on.

Locally, Park Street that runs next to the Capital City Trail in Fitzroy North and Carlton North is one example of a street that could be transformed into a bike route. Work could also begin on St Kilda Road bike lanes.

Lakeside Drive and Aughtie Drive in Albert Park could be closed to cars to create a dedicated bike riding loop. Similar changes could also be made near the waterfront at Geelong and around Lake Wendouree in Ballarat.

Bike lanes that are successfully installed could be kept after coronavirus restrictions are lifted to maintain the growth in cycling and help people ride to work, school and other places of activity.

“We also need to run some trials so we’re ready for when people return to their workplaces but crowding onto public transport is not recommended. When that happens, bikes will be a key solution,” added Mr Richards.

A recent survey by Bicycle Network found that 30% of people aim increase their bike riding during coronavirus, while bike shops are also reporting increased sales of new bikes. 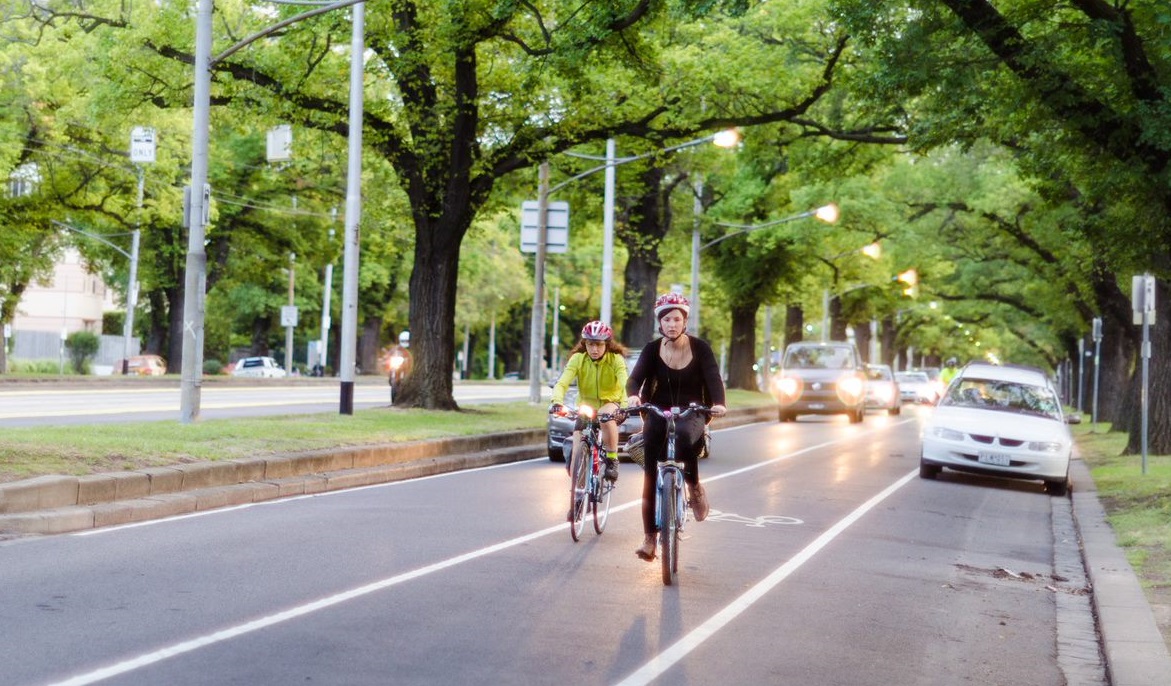 Where people are riding and walking

Locations where people riding, running and walking were counted by Bicycle Network between 11:00am and 1:00pm on 15 April 2020. Some sites were previously counted in the Super Sunday count on Sunday 10 November 2019.

Roads that could have new bike lanes installed, traffic calming measures or closures to cars to encourage bike riding and reduce the load on shared paths.