Bicycle Network is developing a pilot initiative to help build awareness about where people who ride should position themselves around trucks.

Heavy vehicle and truck blind spots block out a lot more of the road than people who ride bikes realise.

As part of Bicycle Network’s ‘Swapping Seats’ campaign pilot, bike riders at Around the Bay were invited to step up into a truck and sit in the driver’s seat. Riders where then asked to look in the mirrors as a bike rider moved around the truck.

The aim of the campaign is to build a positive relationship between the drivers of heavy vehicles and bike riders by showing people just how little a driver can see at an intersection.

A similar campaign was run at Melbourne’s National Ride2Work Day breakfast in Docklands with team members providing information about the awareness campaign.

We want to help people who ride and walk better understand the high-risk areas around heavy vehicle and the limitations that truck drivers face.

Bicycle Network's pilot campaign is also part of a wider program of engagement through Rail Projects Victoria and also includes another pilot designed by the Amy Gillett Foundation which works with truck drivers to understand the perspective of vulnerable road users.

Bicycle Network is hoping to roll out a wider campaign with Rail Projects Victoria in the coming year.

Learn more about our Swapping Seats campaign at http://bicyclenetwork.com.au/swappingseats 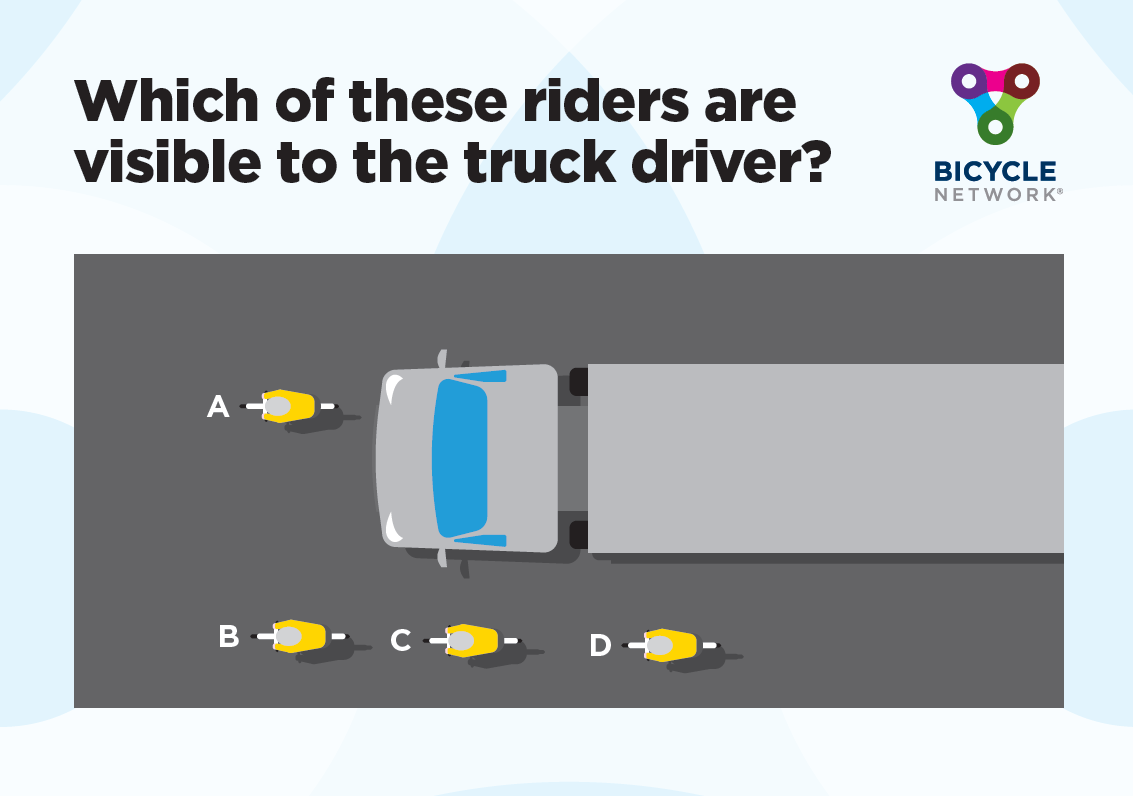 Click on the image above to find out which riders are visible to the truck driver. 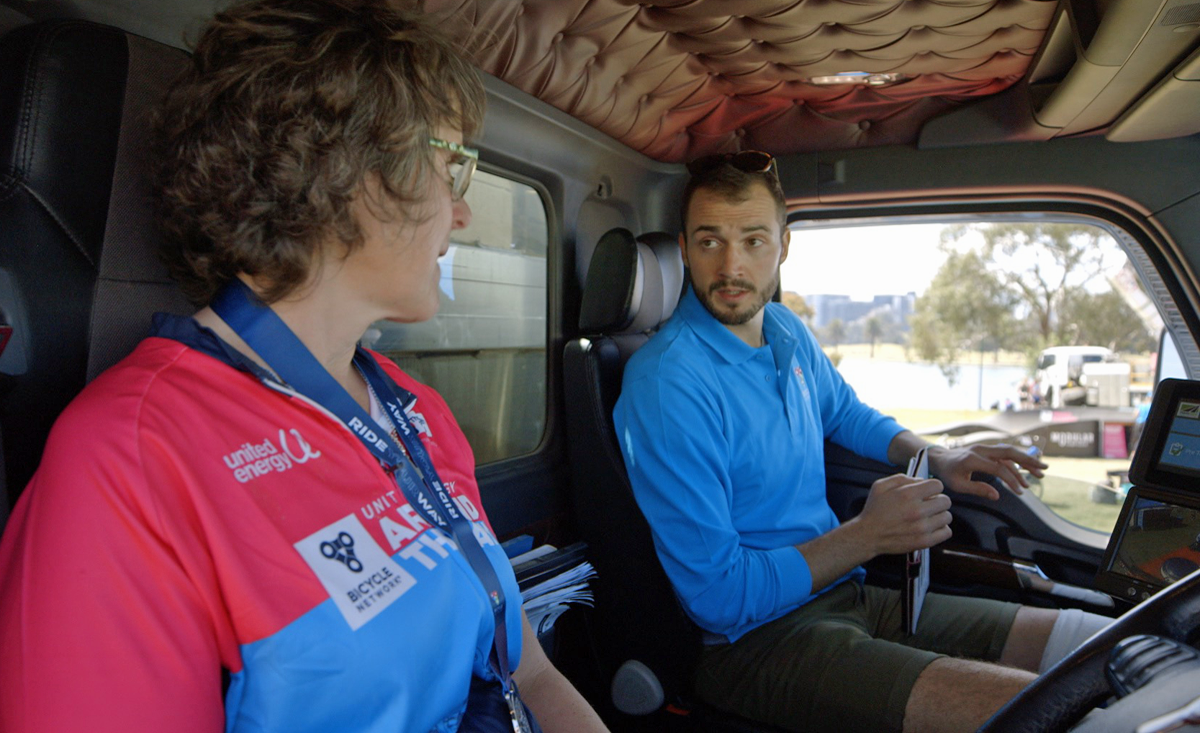 Bicycle Network also believes that side under-run protection rails should be also be mandatory on all trucks in urban areas.

The rails run down the side of trucks between the wheels. They are particularly effective in reducing the risks of riders going under the wheels of left turning heavy vehicles.

The Australian Trucking Association recommends to its members that they fit the rails to their vehicles.

While many trucking companies are taking their own measures to reduce risks and improve fields of vision, the Federal Government has the authority to ensure the measures a compulsory.

Help us put pressure on the Federal Government to influence change and reduce the risk for vulnerable road users around heavy vehicles.