Together we can improve the safety of heavy vehicles on Australian roads.

Heavy vehicle and truck blind spots block out a lot more of the road than people realise, posing a huge risk to people who ride.

There are regions of the road around trucks and large vehicles that the driver cannot see by looking directly or using a mirror.

The drivers of heavy vehicles are professionals and are adept at piloting their huge transporters in traffic and through intersections. However, for all their driving prowess, they simply cannot see what their mirrors don’t show them.

As governments around the world move rapidly to mandate additional truck safety to protect bike riders, our national leaders turn a blind eye. 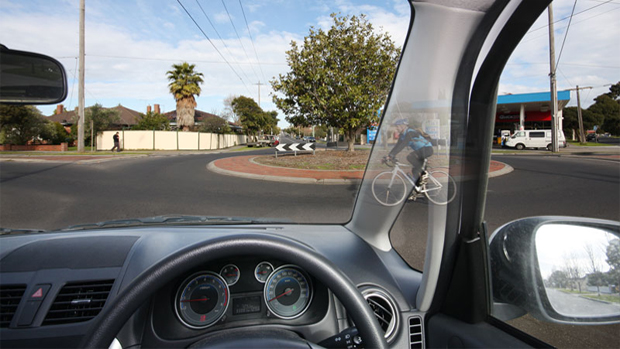 Vehicle blind spots and carelessness are a deadly combination. Here’s some ways that you, as a bike rider, stay out of harm’s way.

The introduction of mandatory safe systems on heavy vehicles across Australia to protect our most vulnerable road users.

Bicycle Network also believes that side under-run protection rails should be also be mandatory on all trucks in urban areas.

The rails run down the side of trucks between the wheels. They are particularly effective in reducing the risks of riders going under the wheels of left turning heavy vehicles.

The Australian Trucking Association recommends to its members that they fit the rails to their vehicles.

While many trucking companies are taking their own measures to reduce risks and improve fields of vision, the Federal Government has the authority to ensure the measures a compulsory.

In managing an estimated one million truck movements over five years, Melbourne Metro took a game-changing approach to managing the safety of trucks around bike riders and pedestrians.

Engaging with Bicycle Network and other roads authorities in a working group, Melbourne Metro have a number of initiatives in planning or underway which will set the standard for other major projects across Victoria.

The project working group will look at what should be the minimum appropriate truck features to protect vulnerable road users; how do we encourage further improvements above that minimum; and the challenges that operators may face in implementing improvements.

The group has undertaken a process to identify a graded level of truck safety design features, from the basic minimum to the “gold standard”. The results of this process will be distributed for consultation.

Appropriate route selection and risk assessment is a key foundation for managing safety and preventing interactions.

Progress is being made towards developing criteria which will help inform route section in order to improve vulnerable road user safety, with a focus on high risk intersections and locations.

Finalisation of this work fill follow the selection of the lead contractor as different contractors may have differing construction methodologies and route choices.

The working group has been focused on how best to improve public awareness, with the aim of influencing road users to choose “safe” behaviours.

It is aimed at engaging directly with cyclists, pedestrians, motorcyclists, and truck drivers – asking them their stories about near misses and incidents, and gathering their input on what makes for “more safe” or “less safe” behaviours.

The remit for this group goes beyond the risks involved with trucks around changed traffic conditions, and includes all safety risks that temporary traffic management present to the public around construction sites.

The working group has started development of a guidance document for industry which will be focused on how to minimise risks for vulnerable road users when temporary traffic management is in place.

This guideline aims to fill a gap in the current suite of standards and guidance regarding traffic management, which has traditionally focused primarily on the safety of the site workers and drivers, and managing efficient traffic flows.

Following consultation on the results of a review, a proposal has been developed to create a “standard” which covers all the areas addressed by this project, bringing them together into a single document would form a condition of work on major Victorian infrastructure projects in future.

The push for low-cab trucks

In order to make a serious impact and reduce the risk to riders, we must aim high. When it comes to bike riders and heavy vehicles mixing on our roads, visibility is key.

A study by the EU has found that low-cab or low-entry trucks outperform all other trucks when it comes to visibility and the elimination of blind spots on both the driver and passenger side.

Low-cab trucks have greater visibility to the front and side of the truck due to lower and larger windscreens and windows and a reconfiguration of the passenger and driver doors.

Low-cab trucks are already used across some trucking fleets. 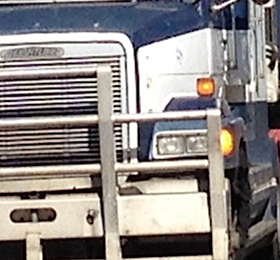 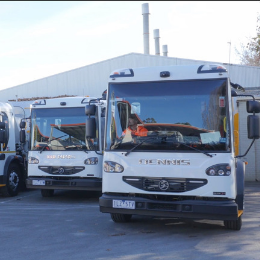 Bustling central Melbourne will be safer for bike riders and pedestrians following the introduction of modern, low-cabin waste collection trucks. 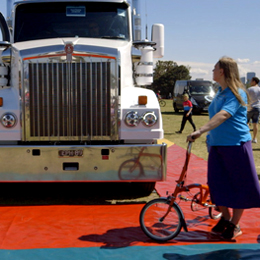 Swapping seats for a shared understanding

Bicycle Network is working with Rail Projects Victoria to build awareness around where bike riders should position themselves around trucks. 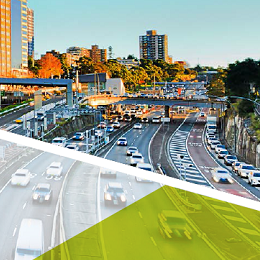 The commonwealth government has released a new road safety action plan for the next two years, but we will have to wait to see how... 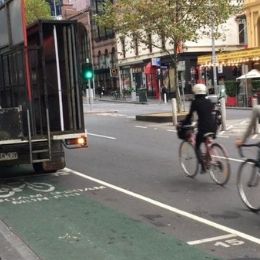 Get the truck out of the way

There are growing safety concerns associated with trucks illegally parking in bike lanes throughout Melbourne. Send us your photos to help us tackle the issue. Construction trucks fenced in by GPS

The Melbourne Metro Tunnel project is using innovative GPS technology to keep construction vehicles on approved roads and away from bike riders. Metro Tunnel construction works in Melbourne are ramping up. With that will come extra truck traffic, but plans are place to reduce risks to riders.

Collective action makes a difference. Help us put pressure on the Federal Government to influence change and reduce the risk for vulnerable road users around heavy vehicles. The lives of people who ride are at stake.

Write to the Minister

Help make our voice even stronger so that we can influence real change in our communities and make it safer to ride.

Share this campaign and show your public support for improved heavy vehicle safety standards across Australia.