Bicycle Network supports public bicycles that are responsibly operated as they are a key to creating bike friendly communities that promote bike riding as a viable alternative to driving and public transport.

A History of Public Bicycles

‘Velib’ was launched in Paris in 2007. These were the first of the “third generation”, characterized by information technology based systems which proved to be a game-changer.

Many cities set up public bikes systems, such as the “Boris” bikes in London, and the Citi bikes in New York City. These docked bike systems relied on a network of docks which allowed people to ride extremely cheaply between locations.

Then came the explosion of dockless bikes, which allowed users to ride the bicycles wherever they wanted, not limited to predefined locking ‘docks”.

The use of public bikes skyrocketed, and an enormous number of companies set up, that saw multicoloured bikes around cities worldwide.

Unfortunately, the dockless bicycle scheme grew at such a rate that it began to attract companies looking to make money at any expense.

The rapid growth outpaced the demand, and the number of bicycles on the streets became an enormous problem. They began to litter walkways and end up in rivers or lakes.

The environmental impact of millions of shared bikes no longer needed was laid bare in photos from china, where the bikes were being made cheaply and at an enormous rate.

The public perception of the share systems quickly soured, and many companies went under, taking deposits, and leaving huge clean up bills for cities worldwide,

While the dockless system experiences such a dramatic fall, many cities docked bike system still exist and are used extensively. . A worker rides a shared bicycle past piled-up shared bikes at a vacant lot in Xiamen, Fujian province, China REUTERS/Stringer

With the benefits of a dockless system still very much a belief and a goal, companies have learned from the mistakes of the first boom and we are seeing a re-introduction of public bicycles.

These include bicycles that are harder to steal, better tracking, and having the systems being run by local groups. Trials are being undertaken again in Australia on a smaller scale that the initial mass rollout which attracted such scorn.

The benefits of a public bike system are still yet to be fully realised. The introduction of electric shared bicycles further can only grow that benefit.

How well this second generation of public bicycles goes, and how it works with other forms of publicly accessible mobility devices, such as share scooter remains to be seen.

Melbourne Bike Share (MBS) and CityCycle in Brisbane were launched in 2010, pioneering bike sharing in Australia, but both were plagued by low usage over their first few years.

Many potential reasons for low usage have been thrown about, from mandatory helmet laws to Melbourne’s free tram network, however it seems most likely that a small network of bikes and docks is the biggest factor. Taking a share bike is not all that compelling if you can’t park it close to your destination.

Daily rides under the MBS spiked every year in January when European tourism also spikes with the Australian Open. These results suggest that cultures more familiar with active travel and bike riding are more likely to embrace the bikes.

However the introduction of dockless bicycles across Australia brought the public bikes into the spotlight. Overnight multi coloured bicycle began appearing in our major cities.

Shortly after yellow obikes began to pile up in Melbournes Yarra river, and clutter the sidewalk, and the companies began paying fines for the bikes being misused by members of the public.

Similar problems were faced around the country, with obike eventually declaring bankruptcy and the bicycles were removed.

In 2019 the City of Melbourne decided that the MBS was no longer viable and pulled the pin on the blue bicycle scheme.

While Australians don’t have fond memories of the recent experience with dockless public bicycles, the advantages and potentials of the system still rings true. Councils and business are also still interested in provided a public bicycle scheme.

Dockless electric bicycles are set to make their appearance in Australia, with the Uber backed JUMP bicycles being the first to arrive.

Bicycle Network is keen to see JUMP arrive in Australia. Share bikes can ease the load on public transport and reduce congestion on our roads and electric ones make riding viable for more people of all ages and abilities. 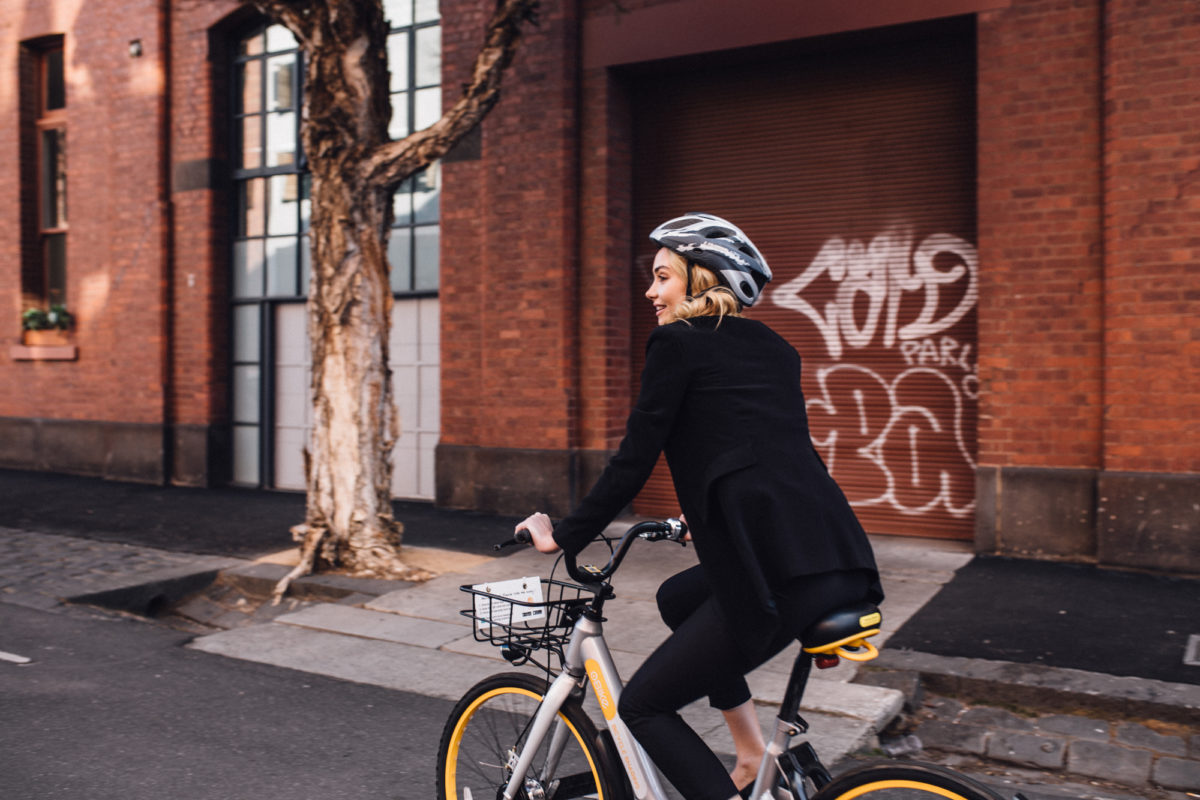 An oBike in action.

See all the latest news about public bikes in Australia and overseas.

The incredible success of bike share schemes overseas should give us hope. Widespread use in Europe, a continent known for its love of bike riding, is one thing, but no one could have predicted the popularity elsewhere.

Chinese firm Ofo has dropped 6 million bikes on the streets of Asia and plans to add more than 10 million more shortly.

Even there, where the daily use is astronomical, there are critics. Motor scooter owners have protested the loss of their parking.

But given the positive effect more bike riders has on emissions in these heavily polluted cities, authorities are more likely to see the bright side. Elsewhere, the way forward is diversifying. Copenhagen has introduced eBike sharing. Auto giant, Ford, is dipping its toe in and partnering with the San Francisco Bike Share system.

Chicago and New York lead the way in the US and are expanding their bike share systems which is propelling them up the list of most bike friendly cities.

The birthplace of bike sharing, however, has a complicated relationship with its creation.

Dockless bikes have been banned in Amsterdam after it became clear that the city‘s already bike-flooded streets couldn’t cope with the five dockless bike share companies that had set up there. In a country that has the most bikes per capita, there was always going to be a tipping point.

Regardless, the outcome is overwhelming. Bike share systems exist in over 1000 cities.

Councils and governments are now planning for and welcoming the existence of bike sharing as a viable alternative to driving. It is important for Australia to embrace this change or risk falling behind.