Build for a bicycle future

We need to build more places for people to ride, make bike riding a social norm and protect people who ride.

It’s no secret that Australia’s urban transport networks are under increasing pressure to meet the needs of our cities and towns. Traffic congestion and its negative effects have become an increasingly critical challenge for decision makers.

We cannot deny that the cost of traffic congestion has significant ramifications for national health and wellbeing, sustainable economic growth, social amenity and the environment.

Yet despite the best intentions of transport planners, the movement of motor vehicles continues to be prioritised over other sustainable and cost-effective transport modes.

The mindset of governments at all levels must shift from a focus on moving vehicles to moving the most amount of people quickly, cheaply and actively. In the process, we’ll create smart, healthy, connected and productive communities. Together we can build a bicycle future

Within those objectives are a number of specific programs and initiatives, including a National Ride2School program, a paid ride-to-work scheme, rebates for new bicycles, a safe streets traffic calming fund and better motor vehicle safety standards.

Bicycle Network is asking the federal government to build more places to ride with the following objectives:

Bike riding needs to be made a simple, everyday activity that every person can do. It should be accessible, affordable and inclusive.

Bicycle Network would like to see the federal government fund the following programs to make bike riding a social norm:

Bicycle Network’s Ride2School program is increasing the number of students who ride, walk, scoot or skate to school, but it only operates in Victoria and Tasmania.

$4 million per year would fund a National Ride2School program and help get more Australian children active, while a further $5.5 million and $2.6 million annually for Road Ready and Mind.Body.Pedal initiatives would help Bicycle Network target specific barriers to bike riding.

As well as dedicated bike lanes and safer speed limits, there are more things we can do to protect people who ride, including reducing the risks that trucks can pose.

Bicycle Network would like to see the federal government:

Heavy vehicles need to be improved with less risks for people who ride. Improved safety standards should include class V mirrors and reversing and blind spot cameras, side underrun protection rails, left-turn and reversing alert systems and hydraulic payload monitoring system to determine and notify drivers of real-time truck weight.

A heavy vehicle awareness campaign should also be funded to build awareness among truck drivers and people who ride about their visibility and behaviours. This would similar to Bicycle Network’s Swapping Seats campaign.

It will reduce our crippling traffic congestion, reduce the costs of poor health from a lack of physical activity and make Australia a better place to live.

We know collective action makes a difference – here are some ways you can show your support for Bicycle Network’s federal budget submission 2020-21.

Share our budget submission with your federal MP and let them know you care about bikes.

Become a member today from just $11.49 per month and help grow our influence.

Share our submission and show your support for a better bicycle future. #TogetherWeRide 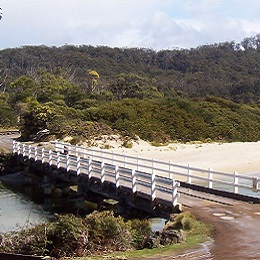 Our new longer Alt-Fondo rides are getting down and dirty this fortnight with a ride down the channel on gravel from Southport to Cockle Creek... 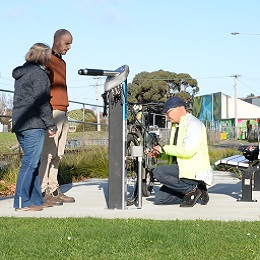 Next time you’re cruising down the cycleway and hear an inexplicable rattle or squeak you’ll be able to stop and fix it thanks to Bicycle...

We've got your back!

Pedal worry free with a Bicycle Network membership that includes comprehensive bike riding insurance from just $11.99/month. Plus, your support helps us in the fight for a more bike friendly Australia.