The seats of Nelson, Pembroke and Montgomery are all up for election on Saturday 4 May.

We want all candidates to support projects that will make it easier for people to ride their bikes for transport and recreation, no matter where their seat is. We asked all known candidates for the elections whether they would take the Safer Cycling Pledge.

If I am elected to the Legislative Council, I pledge to:

We asked candidates if they supported our Safer Cycling Pledge for bicycle riders and following are the people who’ve given it the thumbs up so far.

You would all be aware of the work done by Central Coast Council and Cradle Coast Authority on the steps toward a coastal pathway in my region. I have proudly been an part of both of these organisations as this work has progressed both as Deputy Mayor and Chairman of the CCA Board. I have attended workshops, meetings and onsite events with Bicycle Network, Safer Road for Cyclists and hosted the forum for the Coastal Pathway Coalition.

My return to local government in 2018 has allowed me to progress safe transport routes to be identified across Central Coast for all path users.

I continue to be part of this long pathway journey for the NW coast, and applaud those who have stayed the course. For the NW we are nearly there and the benefits are immeasurable. Thank you for committing the Montgomery and other Leg. Co. candidates through your pledge and keep up the good work. See you all on a path headed somewhere.

As a strong supporter of cycling and in recognition of the important role cycling plays in reducing traffic congestion and improving human health, I take the Safer Cycling Pledge.

I support safer cycling and segregated cycleways, infrastructure improvements, programs to get people cycling and legislative changes to safeguard cyclists.

I’ve long observed and admired the Hobart Bike Kitchen and the work it does to recycle bikes and the opportunity it provides low income and other Hobartians to get on their bikes.

Thanks to the Bicycle Network for the work it does and pushing aspiring politicians to acknowledge cycling as an important activity and commit to initiatives that will make cycling more accessible, safe and rewarding.

As an cycling enthusiast myself, I’m very happy to support safer cycling initiatives promoted by Bicycle Network Tasmania. As an educator I have been directly involved with the Ride2School program and realise only 20-30% of children ride or walk to school.

I’m very happy to sign the Safe Cycling Pledge and am committed to the three key reforms included in it: (1) support for protected cycleways; (2) active transport programs; and (3) legislative reform to protect vulnerable road users. I commute to work by bike along the Intercity Cycleway and appreciate the difference that good infrastructure makes. If elected, one additional issue I would advocate for is permanent installation of bike racks on Metro buses to increase integration between cycling and public transport.

I’m pushing for a fully segregated cycleway from Hobart to Kingston, which should include a link to the University of Tasmania’s Sandy Bay campus. Fixing the parking around the campus will help facilitate this. Traffic and safety for all will be improved.

I’m very pleased to sign the Safer Cycling Pledge. I support the pledge because I believe we need to make it easier for people to cycle.

Nelson has no protected cycle lanes, yet we know that more people would cycle if we had them, particularly women.

Encouraging cycling makes sense so it’s great to see the RACT emphasise active transport as part of its Mobility Vision.

Investing in high quality transport infrastructure will help ease congestion, future-proof Hobart and make our roads safer for everyone.

If better bike lanes, trails and facilities are important to you, then let the candidates for the Tasmanian Legislative Council elections know about it by writing to them, talking to them or engaging on social media.

Click the link below for a list of candidates who have announced they are standing for election. Please let us know if anyone is missing from the list.

Be insured every time you ride for just $10.99/month 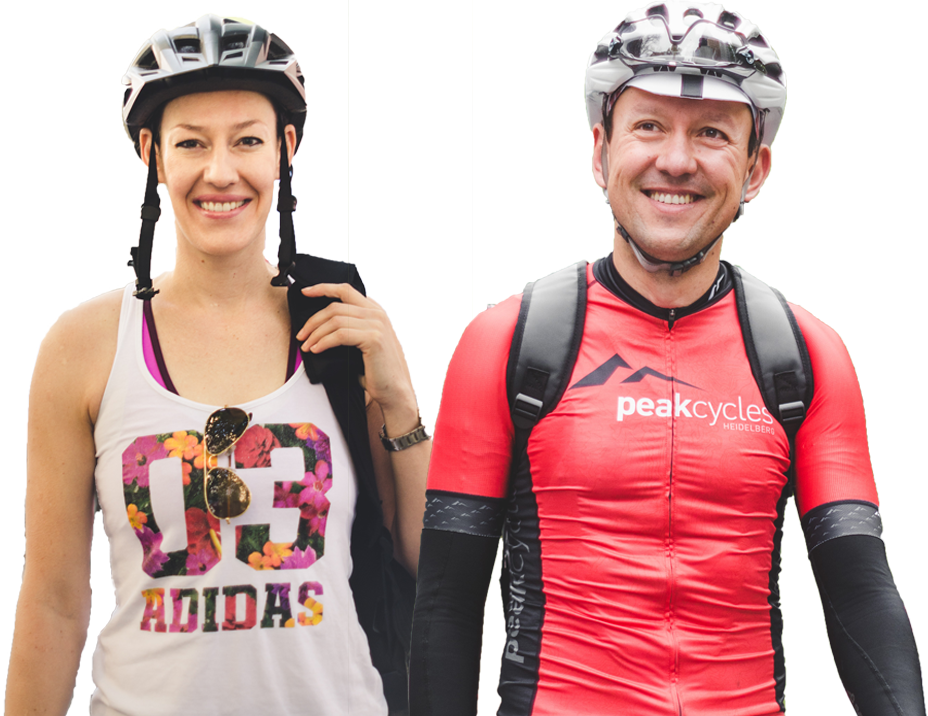