A report completed by She’s A Crowd, in collaboration with Bicycle Network, has been released which provides key insights from bike riders, particularly women and non-binary folk, about their experiences of safety when riding in Melbourne.

The report aimed to gain insights into the barriers women face while cycling, and will support Bicycle Network in our endeavour to achieve a 50/50 gender split of riders (50% consisting of women and gender diverse people).

236 stories, surveys, and focus group submissions were collected across the data campaign in September 2021, mostly from women, non-binary and gender diverse people. Many of these people have experienced or witnessed an incident of harassment or assault while cycling and using the public transport system and shared safely and anonymously through the She’s a Crowd website.

She’s A Crowd CEO Zoe Condliffe outlined the importance of work that can be done to reduce the bike riding gender gap, improving a system and set of policies that were set up for a small cohort of society.

"We see significant gaps between the genders when it comes to cycling. We have made so many assumptions about the type of people who cycle, and we have designed our cycling facilities based on these assumptions," Condliffe said. 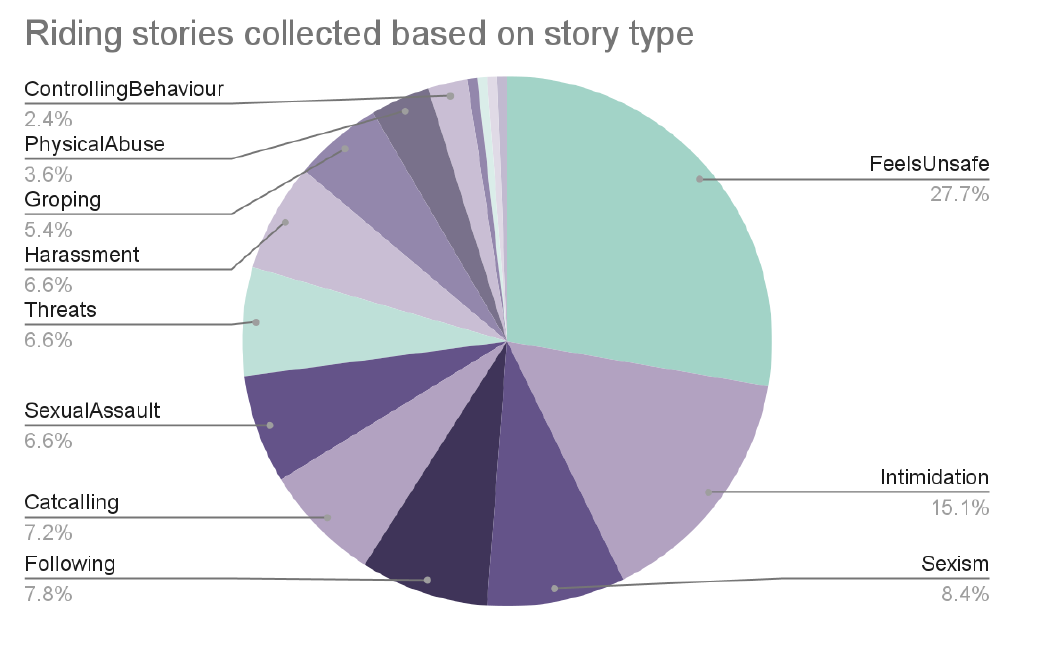 A breakdown of the data indicates that 28 per cent of surveyed riders feel unsafe riding in Melbourne, and 15 per cent feel intimidated.

55 per cent of riding stories reported were at night, and 38 per cent of people who reported stories believed sexism to be the biggest motivation behind incidents of harassment or sexual assault that they experienced.

Condliffe said that collecting the “experiences of non-male cyclists” are crucial to closing the cycling gender gap. These include:

“Once we understand their motivations, experiences and feelings we can begin to improve cycling for everyone," Condliffe said.

Some behavior change risk mitigation measures were recommended by focus group and survey participants, such as route considerations, clothing considerations, and sharing their journey with loved ones, either physically or by location.

The She’s a Crowd report also highlights the importance of separated bicycle lanes for encouraging people of all genders to ride, a finding that is well supported by academic studies.

You can read a synopsis of the full report here.

You can learn more about She's A Crowd, or share a story about an experience you have had, safely and anonymously, through the website at shesacrowd.com. Your stories will help promote women, non-binary and gender diverse people’s safety, and contribute to ending gender-based violence.