Brisbane City Council have released images and concept plans for a new Olympics-standard cycle park that will be built at Murrarrie.

The $35 million cycle park, funded by all levels of government, will be based at Murarrie Recreation Reserve and will feature an international level criterium track.

Brisbane City Council first sought feedback from the community on draft plans in 2019, to gather insights on how the precinct is valued and used by the community.

The governments' vision for the cycle park is to prepare and encourage young riders for the Brisbane 2032 Olympic and Paralympic Games. 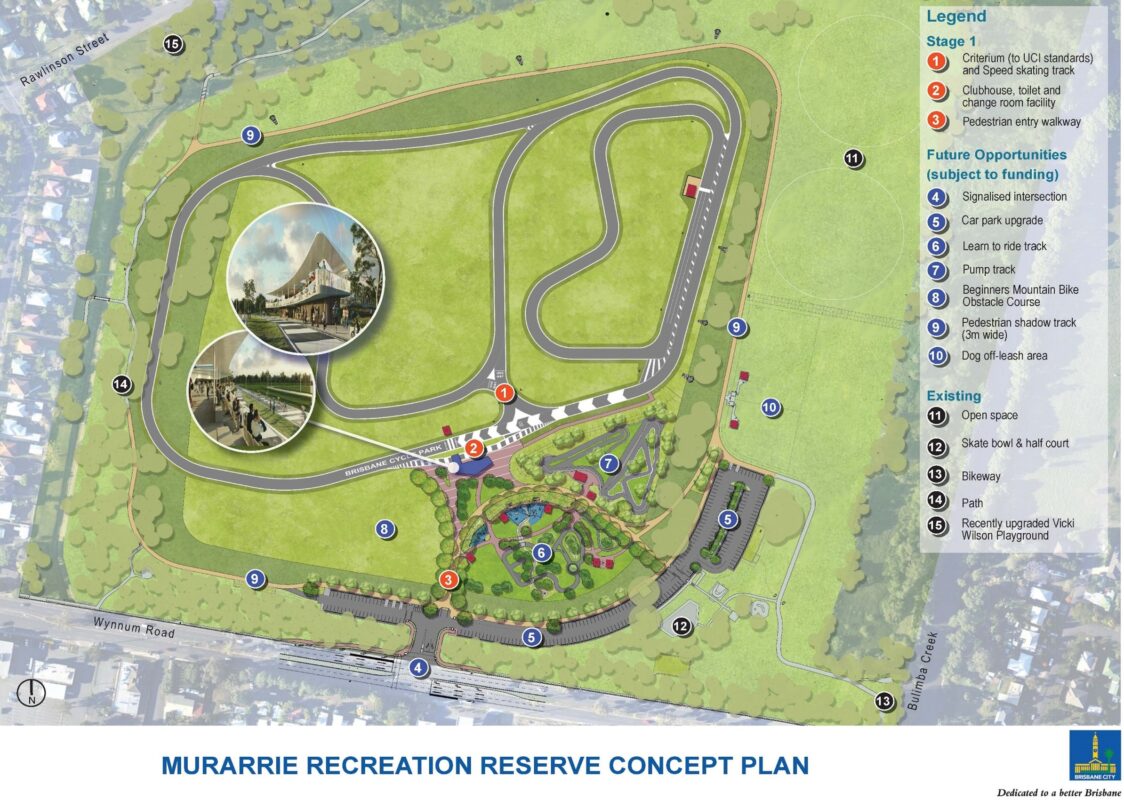 The Murarrie Recreation Reserve International Cycle Park project will include an international-standard bike track, a 500-metre rollerblading/speed skating track and a clubhouse.

The project will now move into design and tendering phases. It is expected that construction will commence in late 2022.

Future opportunities for the reserve include a learn-to-ride facility, BMX tracks, an MTB skills course, an off-leash dog area, shelters, and barbecue units,