One of our members has come up with a proposal to adopt the Dutch system of intersection numbering to help promote cycling in the Northern Midlands and Meander Valley.

Malcolm Cowan is an avid touring cyclist, travelling all over Australia and overseas on his cycling journeys.

As a Launceston resident and past president of the Tamar Bicycle Users Group, he frequently heads south to pedal the great cycling routes around Longford and Westbury.

He realised the relatively flat area with quiet roads was perfect to promote as a cycling tourism destination using the Dutch junction treatment.

The Dutch junction system works by numbering and signing all the intersections in an area then providing maps at the key crossroads so people just have to remember numbers for their route rather than a multitude of road names.

This works well in areas without too many intersections. The number signs are affixed to existing poles and infrastructure wherever possible to keep down the cost of the system.

You can also include different colours and names for further wayfinding on feature rides.

More significant costs come from erecting area maps at intersections and the development of a marketing campaign for the concept, including development of a website or app for people’s phones.

The junction numbers could also be entered into Open Street Map, which has a cycling information layer, and then utilised by riding route apps like RidewithGPS.

His map covers around 65 intersections bordered by Longford, Westbury, Blackwood Creek and Cressy. 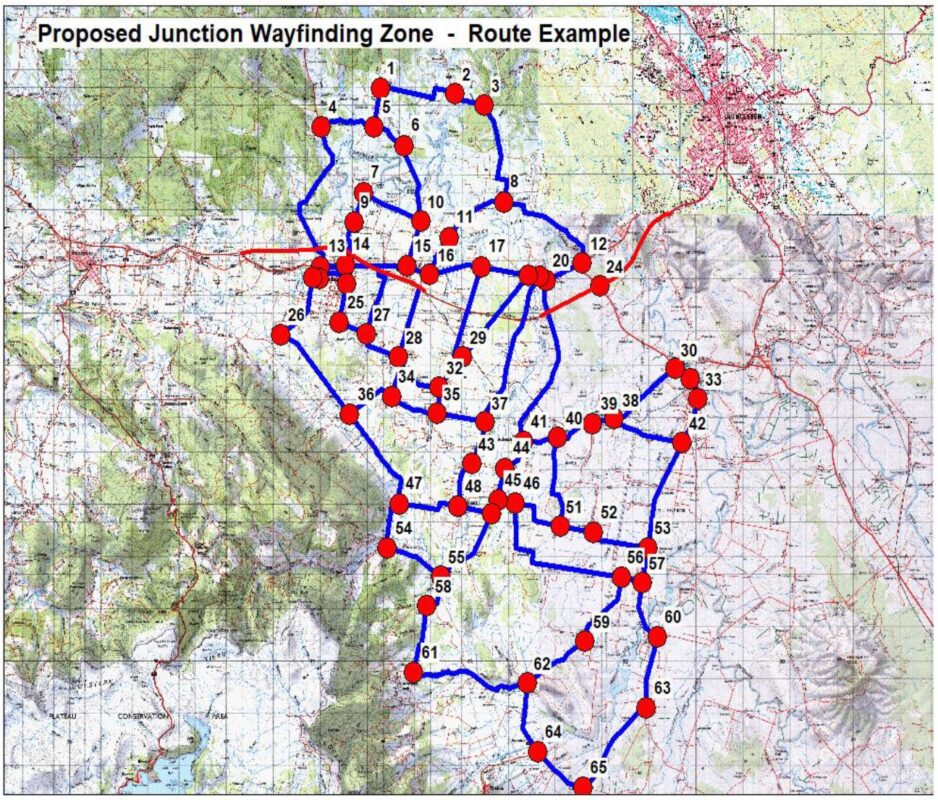 It’s a relatively low-cost project that could add a lot of value to tourism in the region.

Meander Council has already produced a brochure and podcast detailing four “great” rides in the region that shows how to pick a route and market it for its attractions.

A similar concept of profiling feature rides could be applied to Northern Midlands so all people have to do is follow the junction signs that have the colour of the “great” ride they are undertaking, making it even easier to follow.

If you’d like to help promote this concept, consider nominating for the Northern Midlands Bicycle Committee before 4 May.

Or contact local councillors at Meander and Northern Midlands Council and let them know this is the sort of project that you would like to use and you'd like to see them take it up.