Melbourne’s official plans for future development across the metropolis will for the first time map strategic cycling corridors that are to form the arterial network for the city’s bike riders.

The state government has released for consultation the Melbourne Future Planning Framework—a set of documents that will shape the growth of the metropolis until 2050.

Each of those plans contains a chapter on integrated transport that places bike transport on the same footing as other modes.

And each of the six plans contains maps that set down the routes of the corridors in relation to the various proposed land uses across metropolitan Melbourne.

As the LUFPs are planning documents, they are intended to be implemented in planning schemes across Melbourne.

This will give legal weight to the existence of the strategic cycling corridors (SCCs), ensuring that state agencies, local government and developers prioritise their delivery and levels of service.

And it will ensure much better alignment between the state and local councils on the location and timing of bike infrastructure roll-out.

The SCCs are primarily a state responsibility, in the same way that arterial roads are. However SCCs were developed in collaboration with councils (and Bicycle Network), and some will be delivered by councils.

The six regions are: 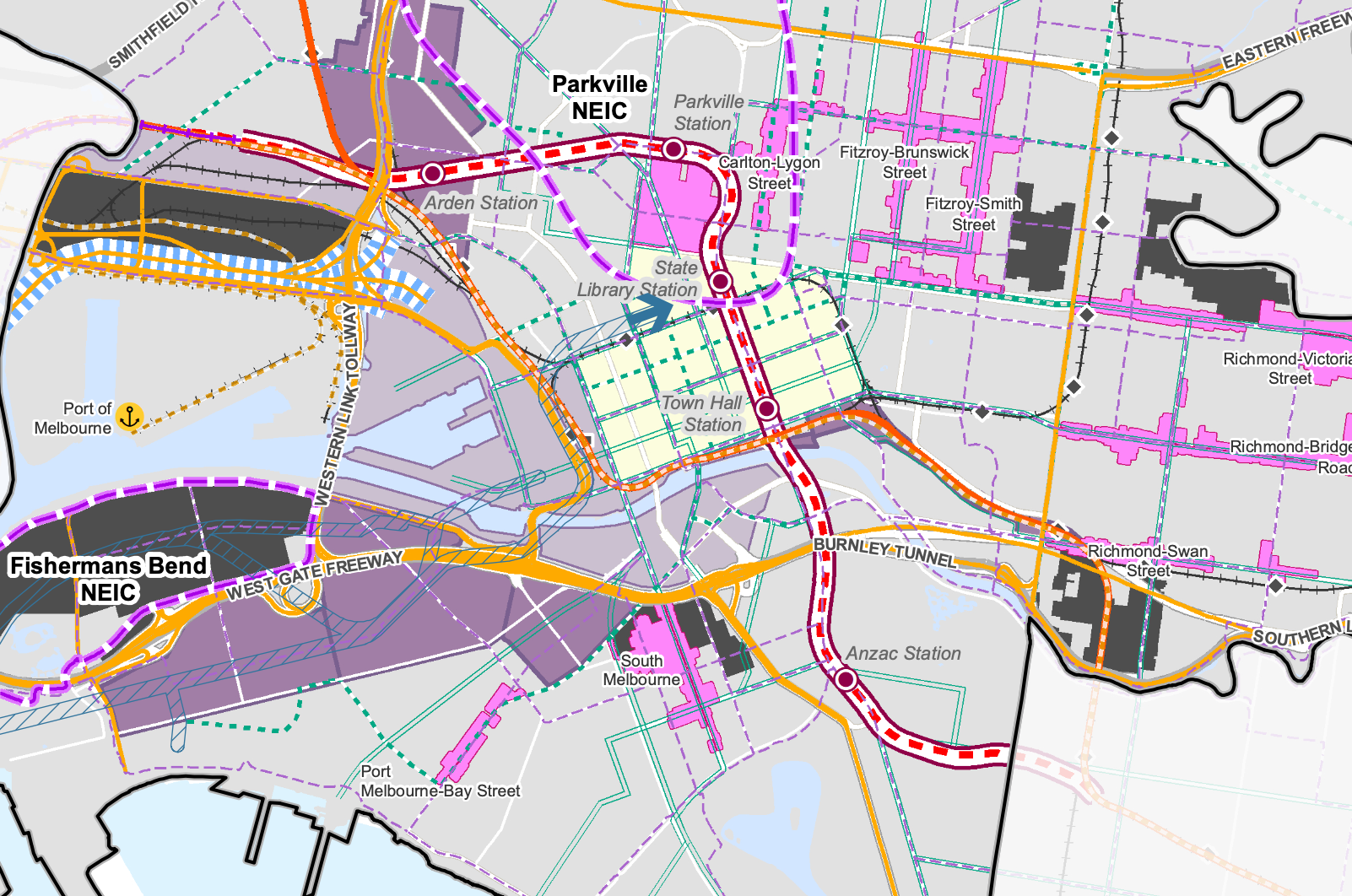 As an example, the Inner Melbourne plan says: "Strategic Cycling Corridors will provide continuous and protected bike lanes to ensure the safety and convenience of the network for all ages and abilities.

"Key missing links need to be addressed particularly those that provide access into the CBD and key employment nodes such as the St Kilda Road bicycle lanes and a high-quality, all ages cycle corridor from Princes Hill to St Kilda.

The planning will "improve public transport and walking and bike paths to, from and through the region, including: from the inner west to the CBD and Fishermans Bend; across the Yarra River, orbitally within the region; between major activity centres and regionally-significant places; and for the Parkville and Fishermans Bend NEICs, major urban renewal precincts and enterprise precincts."

The plans are available to peruse and comment on here.

There is a huge amount of detail, however those interested in commenting could at least look at the summary document for each region, as well at the transport chapter.

You can take short, or detailed surveys, and make a submission.

And there is more than just transport involved. The LUFPs are structured around thematic outcomes: Productivity (jobs and investments); Housing choice; Integrated transport; Liveability; Strong communities; Sustainability and resilience; and Implementation.