A project to revitalise the Moonee Ponds Creek in Strathmore and Oak Park has a vision for the creek that really rocks... lots and lots of rocks.

And when the rocks roll in, the concrete trucks roll out.

The Reimagining the Moonee Ponds Creek project released some draft options for upgrading what is now a concrete channel, with a view to retuning the environment to a more natural look and feel. 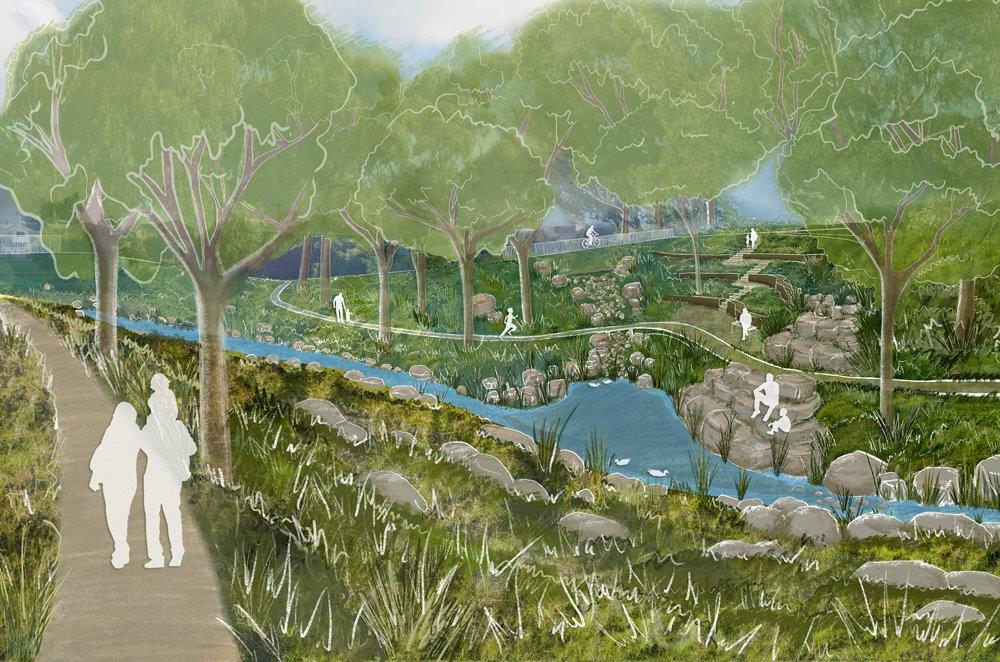 The concrete channel is a depressing feature of the Moonee Ponds Creek Trail through this precinct, and there is no doubt the many riders through the area would strongly support the thinking behind the proposed upgrades.

One possible feature that may be included is the inclusion of separate paths along the creek for riders and pedestrians.

The options are now out for public review and the project team would especially like feedback from riders.

Make sure you take the survey.

Many riders provided input to the first phase of consultation, which indicated that a wider, safer and smother trail was a highly desired feature.

This video summarises some of the feedback.

Melbourne Water says the consistent treatment for all three options is to modify the existing base of the concrete channel, removing excess concrete material, whilst maintaining the base concrete for stabilisation of the waterway.

New rockwork will form the base of the waterway hiding the remaining concrete. Rock will also be used to create a natural waterway channel and a series of in stream weirs.

Each option removes between 691 tonnes and 794 tonnes of concrete, treating a stretch of the creek from 500 metres to 650 metres long.

Separation between bikes and walkers has been taken into consideration in the designs.