The NSW Heritage Council has called for provisions to minimise the impacts on the state heritage listed Sydney Harbour Bridge following the release of long-awaited bike ramp proposals by Transport for NSW.

Concerned that the proposed ramps would obscure views of the bridge abutments, the state's leading heritage authority called for a construction management plan and for a heritage expert to be appointed by a design competition jury.

After years of campaigning from Bicycle Network and other local bike advocates, the two new long-awaited concept designs for a bike ramp to replace the infamous Sydney Harbour steps at Milsons Point were released this May.

More than two years after community opposition sidelined the project, the two new concepts involve a linear ramp snaking through Bradfield Park and link with Alfred Street or a spiral ramp similar to the design first floated in 2017. 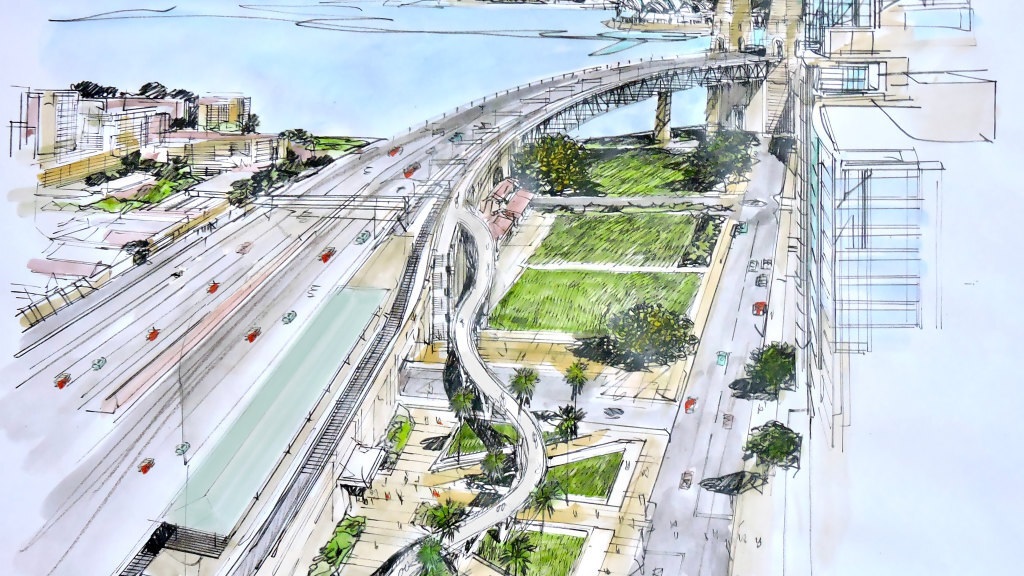 In revealing the concepts, NSW Transport Minister Andrew Constance told the Sydney Morning Herald, “Cyclists who use the Sydney Harbour Bridge cycleway will not miss having to negotiate the 55 steps they currently carry their bikes up and down each day at the northern end.”

And it's not hard to pick-up on the frustration in the response to some of the same old suggestions, such as whether escalators could be built instead of a ramp:

“With the exception of teleporting we did look at pretty much every conceivable option out there and the escalators would be more impactful than current options and not address the (bike) congestion,” a Transport for NSW representative said.

“They are quite bulky – you obviously can’t ride on them – and from a heritage perspective they’d have a significant impact because they’d need to be covered.

“Plus what we see with escalators in outdoor environments are a lot of mechanical failures.”

Hitting the nail on the head, the department representative went on to state:

“It’s about getting more people to ride their bikes – mums with kids, older people, young people. Really it’s about creating an infrastructure asset for everyone which it isn’t at the moment.”