There has been some backlash to the City of Hobart’s proposal to lower speed limits in its city centre and suburban shopping strips, despite the potential benefits for road safety and businesses.

The full council votes on the proposal this Monday 6 July from 5 pm – you can watch the debate via You Tube – following the agreement of the Infrastructure Committee four votes to one.

Most of the city centre streets would drop to 40 km/h while four blocks of Elizabeth Street, one block of Liverpool and two blocks of Collins Street would become 30 km/h.

Many cities around Australia have dropped speed limits to 40 km/h following the global move to reduce speeds to improve road safety. However, many cities overseas and increasingly in Australia are adopting the 30 km/h speed limit because it has noticeable benefits for people walking and riding while adding very little travel time for motorists.

The World Health Organisation and other traffic modelling have shown how at 30 km/h people hit by a car have about a 90% chance of surviving, whereas at 45 km/h it’s around 50%.

At the same time, in areas with frequent intersections, like city centres, dropping speeds from 50 km/h to 30 km/h only adds 18 seconds of travel time between intersections 1 km apart. 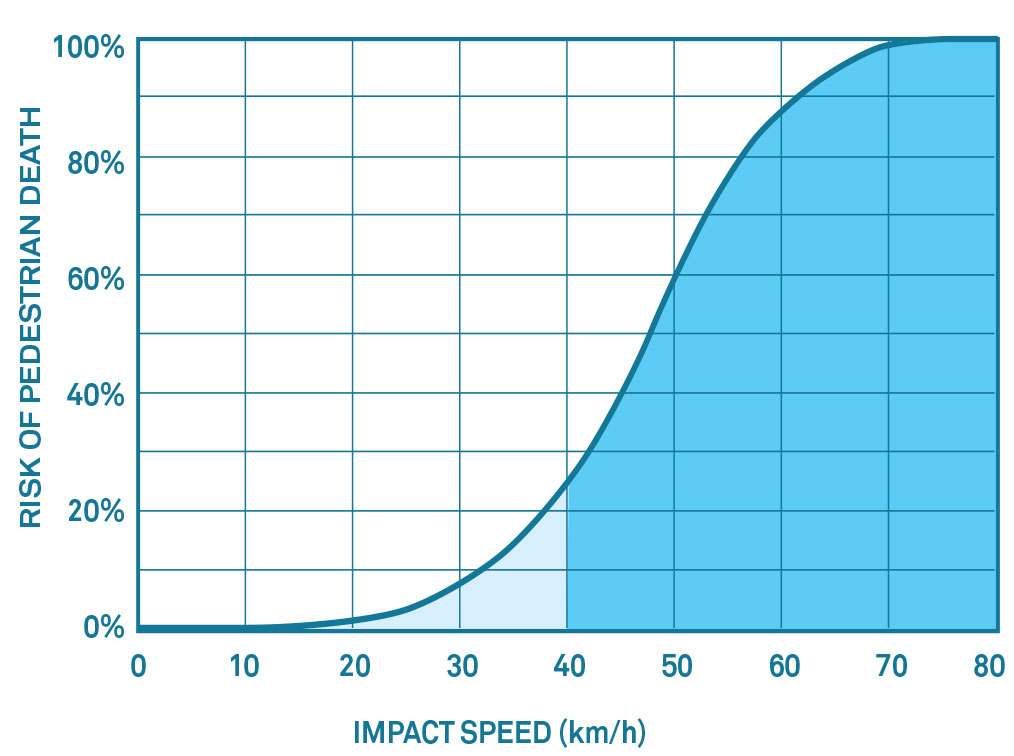 This is because making streets more comfortable for people helps attract visitors and so increases footfall for businesses.

People on foot or bikes also tend to spend more over the longer term as they visit more often than people who drive to a destination.

The Heart Foundation put out a good overview of the research on this a few years ago, as did the City Lab website.

Cities have also published research they have commissioned about their own streetscape overhauls, notably New York, London and Toronto. Vancouver is an interesting example of a city where the business association opposed the first protected bike lanes but switched its position after seeing the success of bike lanes for businesses along those streets.

Letting individual councillors know what it would mean to you as a bike rider to be able to comfortably ride along city streets is important for the debate.

Many of us participated in the Hobart City Vision consultation a few years back that clearly called for more sustainable, less polluting forms of transport, in its overall vision:

“1.4. We can access all the important parts of life, in a walkable and rideable city where we do not spend our lives commuting.”

And then in the Movement and Connectivity section under Pillar 5:

“5.3.1 Our cityscape is easy to access and move through, encouraging the movement of people ahead of cars.”

As Hobart councillors and aldermen are voting on this proposal on Monday 6 July, you only have a few days to let them know where you stand on lower speed limits.

Contact Hobart councillors to let them know why you support lower speed limits in urban centres.