City of Melbourne will be the first place in Australia to install pop-up bike lanes as a response to the increased number of bike riders during COVID-19.

The exciting announcement said that some on-street car parking will be removed to create space for pop-up bike lanes and wider footpaths, similar to work being done in overseas cities including Auckland and Paris.

While the bike lanes will be installed temporarily, if they are successful, they could be turned into permanent protected bike lanes.

Final decisions have not yet been made on where work will be done or how the bike lanes will be built, but CBD roads including Exhibition Street, Elizabeth Street and the ‘little’ streets should all be considered for changes.

Royal Parade, Rathdowne Street and the northern stretch of St Kilda Road could also have pop-up protected bike lanes installed to help people travel into the city by bike.

“When restrictions begin to lift we won’t be able to use public transport like we used to. Bike lanes will be a vital part of our new transport mix.”

Other councils in Melbourne should be inspired by City of Melbourne and take similar action to turn road space into bike lanes and ease the load on our trails.

Counts by Bicycle Network have shown that off-road trails are bursting at the seams and it’s not just in the CBD where we need more space to ride.

If you’d like your local council to take action you can join our more space for bikes campaign and contact your local MP or councillor. 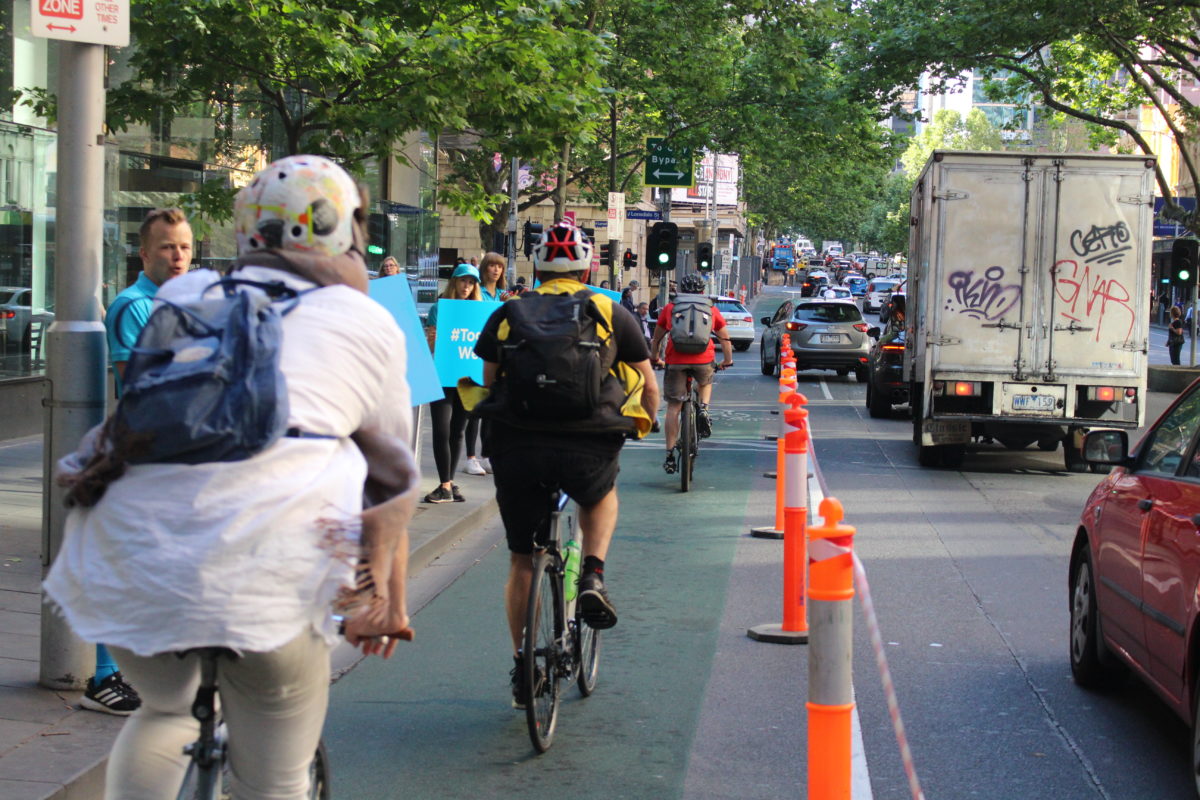 A pop-up bike lane on Exhibition Street by Bicycle Network in 2017 showed how the street can be improved.

City of Melbourne roads where bike lanes could be installed

Other roads where bike lanes could be installed