The Queens Domain has many attractions for Hobartians but getting there can be confusing, which is where the City to Gardens Way project comes in.

The City of Hobart has commissioned landscape architects Inspiring Place to make sense of the current pathway network and missing links, including suitable routes for people riding bicycles.

The project had been floated by the architects in their Queens Domain master plan in 2013, which included the recommendations for new and improved mountain biking tracks.

The result is a wayfinding and connections plan that is open for public comment until 9 April, which outlines a clear link between the city via the Railway Roundabout and new bridge over Brooker Avenue and the Royal Tasmanian Botanical Gardens and sporting facilities in Davies Avenue.

Of importance in the plan is better lighting, especially on Davies Avenue, and safer street crossings, including the crossing at Aberdeen Street which is being redone. As well as identifying missing links in the network such as a shared path along Lower Domain Road and the need for a new entry to the Botanical Gardens.

When it comes to the two paths leading from the city to the Aquatic Centre, one path will be designated as the better route for bicycles. That is the lower path that splits off from the upper path at Aberdeen Street and runs alongside the Tasman Highway before heading up to the Aquatic Centre and Davies Avenue. 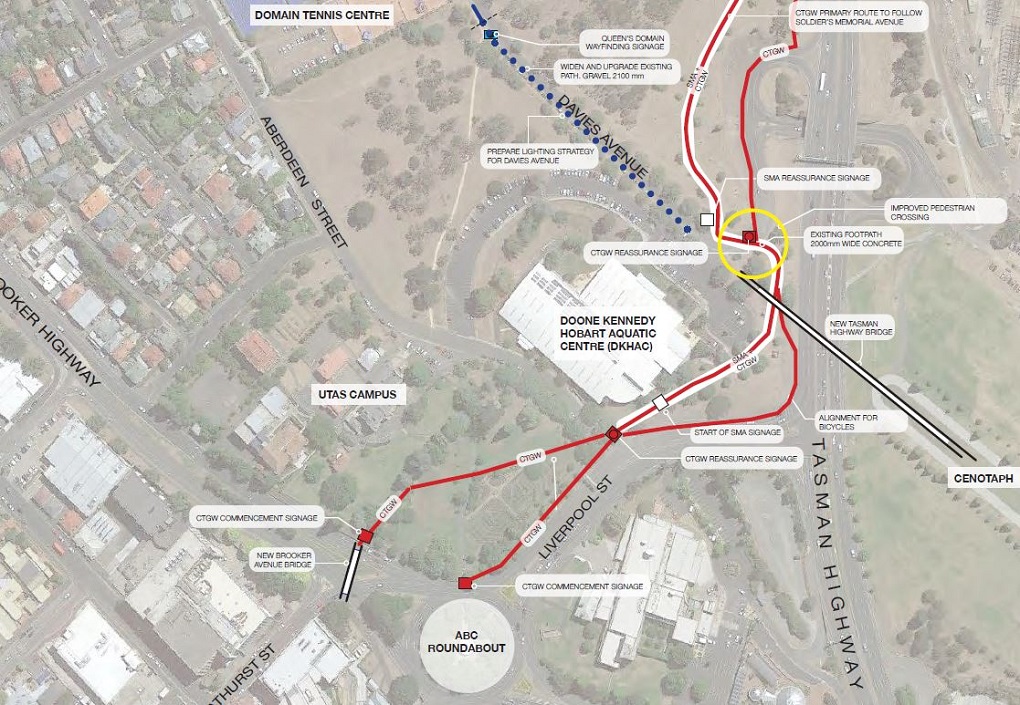 Other paths identified in the plan are wide enough to be comfortably shared by people riding and walking at low numbers.

The new elements that are being recommended include:

You can have your say via the online survey which asks which routes you’d be more likely to take and whether upgraded and connected paths would encourage you to walk or ride to the Queens Domain.