Giant has recalled a version of their Pinner DH Flat Pedal range because it can break and detach.

The fastener on the aluminium pedal may break or snap and cause the pedal body to separate from the spindle.

If the pedal body separates from the spindle while the bicycle is being ridden, the rider may lose control of the bicycle and fall, resulting in injury.

Consumers should stop using the product and visit the Giant website to lodge a request form for a replacement product.

The pedals were sold nationally by authorised Giant bicycle retailers from 6 October 2017 to 24 December 2019.

There were two versions of the pedal available. Only version 2 is recalled. There are two part numbers, one for the black colour and one for the silver.

The illustration indicates the version which has been recalled. 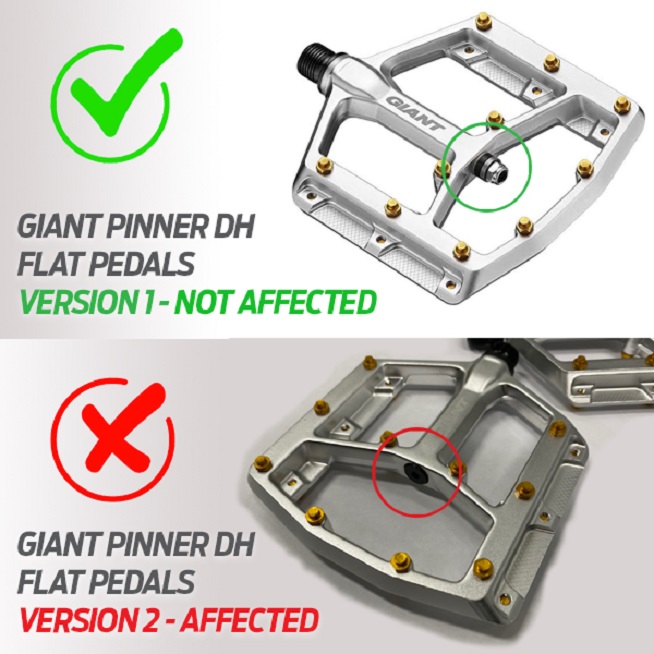