“It’s not just about bikes” was the phrase that helped Daniel Bennett convince a new mayor that a controversial cycleway in Adelaide shouldn’t be ripped out.

Daniel was the head of design for the City of Adelaide when there were calls for the city’s first separated cycleway in Frome Street to be ripped out.

An experienced landscape architect, Daniel knew the biggest problem with the cycleway was the design and if that could be fixed, then the cycleway could stay.

He set about creating a set of principles and design standards for not just bikeways but entire streetscapes that could guide the city.

The Adelaide Design Manual was the result, with it’s seven treatments for different types of streets and public places.

Two of the streets have separated cycleways and quieter areas have shared zones or paths, or traffic-calmed, low-speed streets.

Hindering the re-design of the Frome Street bikeway was the lack of national standards on separated cycleway design, so the City created the Bikeways Design Guide. The City received a $6 million grant from the state government to help it rebuild the Frome Street bikeway and deliver a new east–west cycling corridor, which it matched with its own money.

The extra funding allowed for a more comprehensive approach, with a design chosen that included substantial street plantings and placed cyclists in between the footpath and plant buffers.

Within the redesign of the streetscape was also a change to traffic flows. Instead of two lanes of traffic and two lanes of parking in the widest section of street. The parking was only available in off-peak times  to allow four lanes of peak hour traffic. 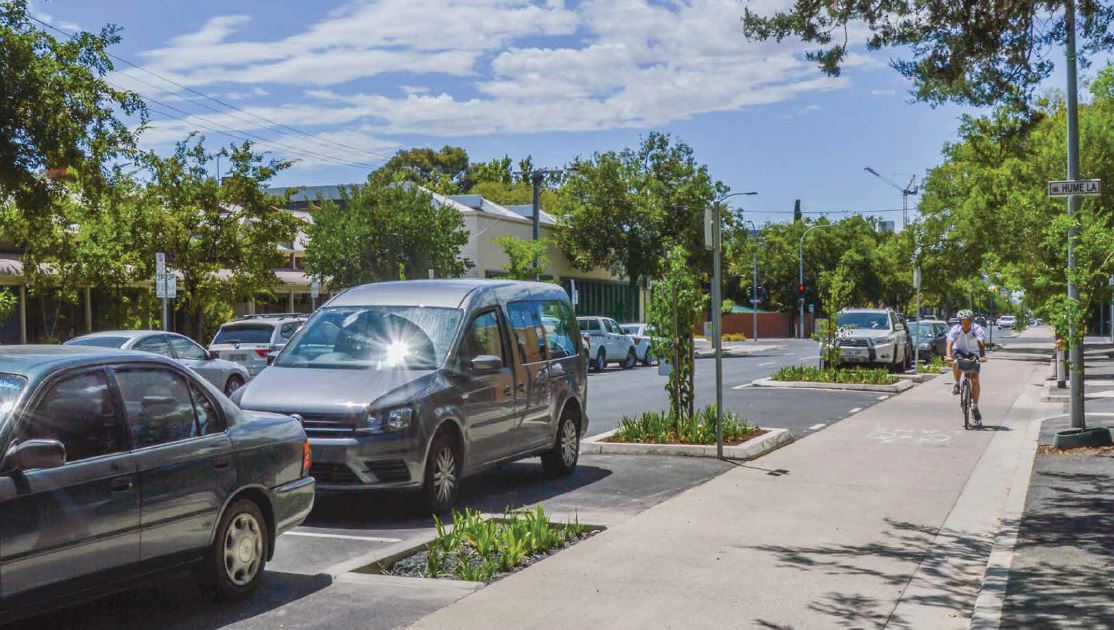 Consulting with businesses and stakeholders was essential to the success of the redesigned bikeway.

Building a prototype of what the cycleway could look like in the Adelaide Parklands changed the conversation for a lot of people. They could see what the bikeway could look like and give feedback on materials, kerb heights, plantings, where their bins would go, and so on.

The prototype was also useful for the City to refine the design, from small elements like lowering the kerb height to prevent ‘pedal strike’ to testing the hardiness of different plants. The City had a team of people working on the bikeway who visited the area often to talk to businesses, residents and road users.

With two hotels on the street and another under construction, finding a way to design the cycleway to also allow guest drop-offs was essential.

One hotel owner was initially hostile to the cycleway going in, but after working with the team on a design that narrows the cycleway to slow riders as guests are crossing in and out of the hotel he is now a big supporter of the project and happy to talk about its benefits to other businesses. 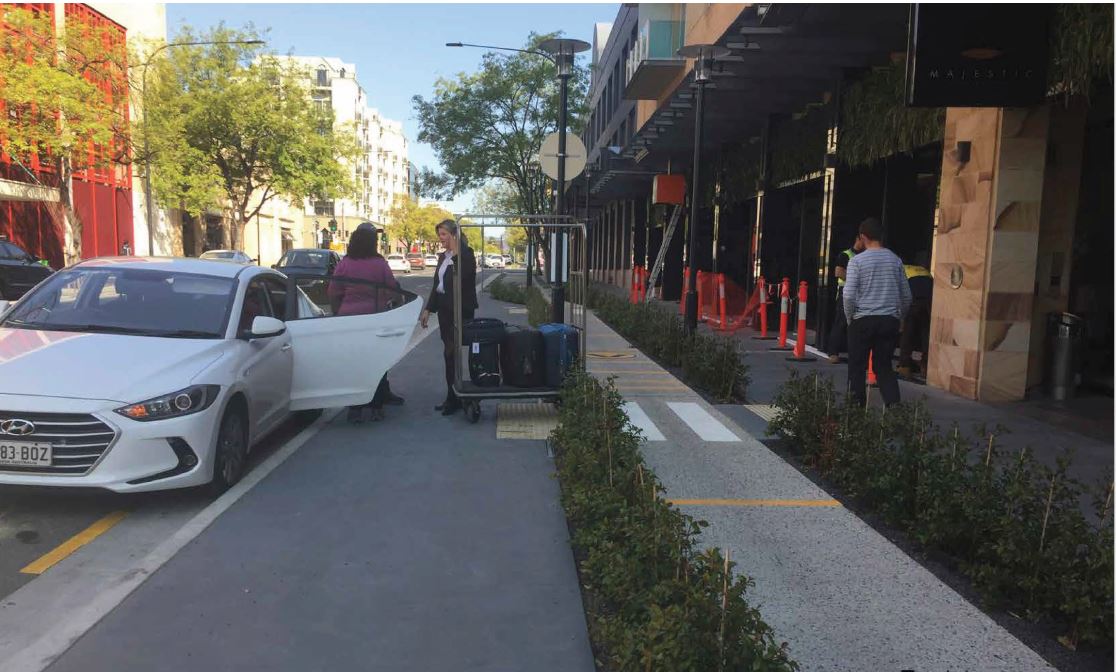 Some hospitality businesses have also embraced the cycleway and street plantings by creating new frontages on to the cycleway with outdoor dining.

The route of the proposed east–west cycleway is still being decided by the council with Franklin and Flinders streets the preferred option, but investigation continuing into Pirie and Weymouth streets.