Preliminary plans have been released for Brisbane's newest bikeway, the Indooroopilly Riverwalk, but councillors have had to shoot down criticism.

The path will be built along the Brisbane River and create a straight and direct link from Twigg Street and Wilton Road to Witton Barracks, rather than following the snaking river bank.

Connections will be built at Foxton Street and the barracks. Improvements will be made to the existing intersection at Foxton and Radnor streets while the Witton Barracks connection will link up to the Jack Pesch bikeway and Indooroopilly railway station.

It will take about three years and $58 million to complete the project. Building the path along the river has increased the project cost, but it will give people an attractive off-road path with plenty of space for all users. It will also be flood-proofed. 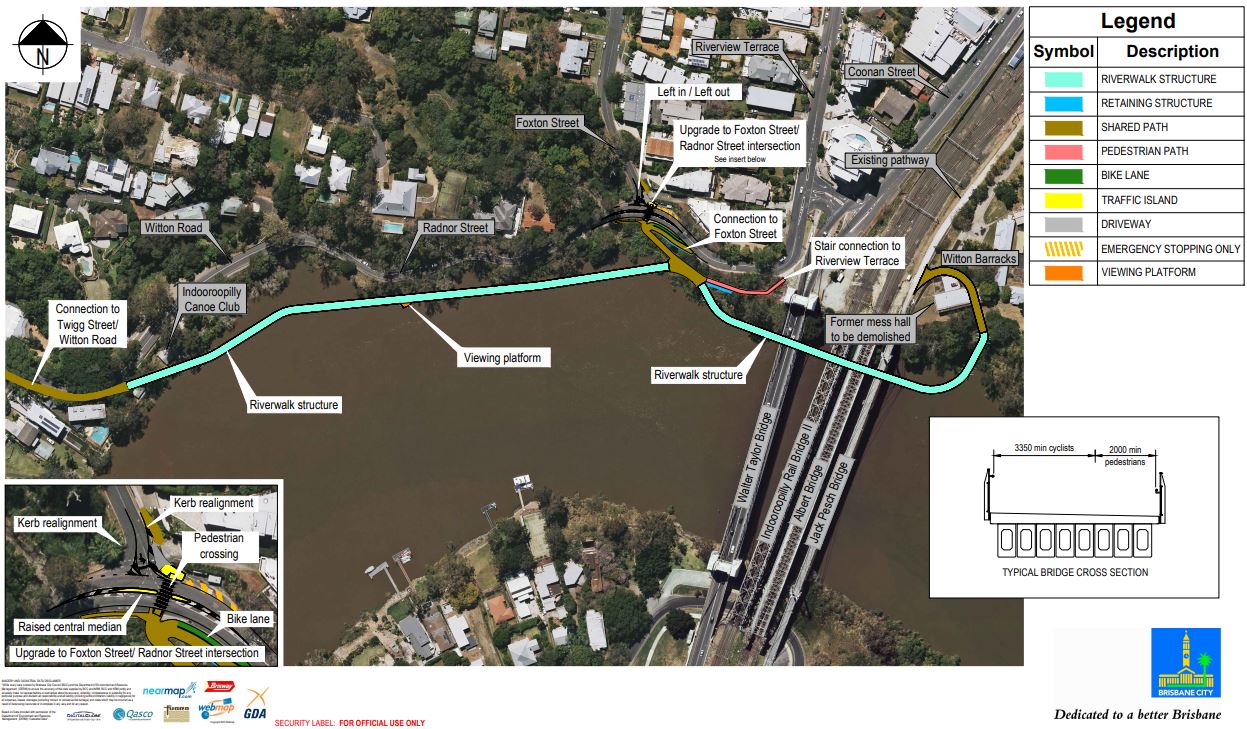 While there has been some typical criticism from opponents of the project, Brisbane City Council has been strong and is committed to the vital project.

Pro-bike Lord Mayor Adrian Schrinner said it is a "critical project", while deputy mayor Krista Adams rebutted questions from a Greens councillor about its feasibility.

"By developing I think we're going to see an enormous increase in cycling from the western suburbs to UQ.

"We think the numbers are going to really increase along there."

The evidence from Brisbane's existing river route, the Bicentennial Bikeway backs up the council and shows that when good place to ride are built, people do ride.

In 2018, the Bicentennial Bikeway cracked Eco Counter's list of the world's top 10 most used bikeways.

By fixing a missing link in the network and where there is no existing bike infrastructure is sure to encourage more people to ride.

On the other side of the river in Woolloongabba, there is now a 2.5km separated bike lane on Stanley Street and Annerley Road.

In 2014 a Danish woman was killed while riding through the Stanley Street and Annerley Road intersection and the bike lane has been in the pipeline since then.

“Creating clear and safe separation between motorists and cyclists was the key focus of this project, and this bikeway delivered Brisbane’s first-ever floating bus stops to remove any potential conflict between bikes and buses, and ensure an even safer trip for cyclists," said Cr Adams about the new bike lane. 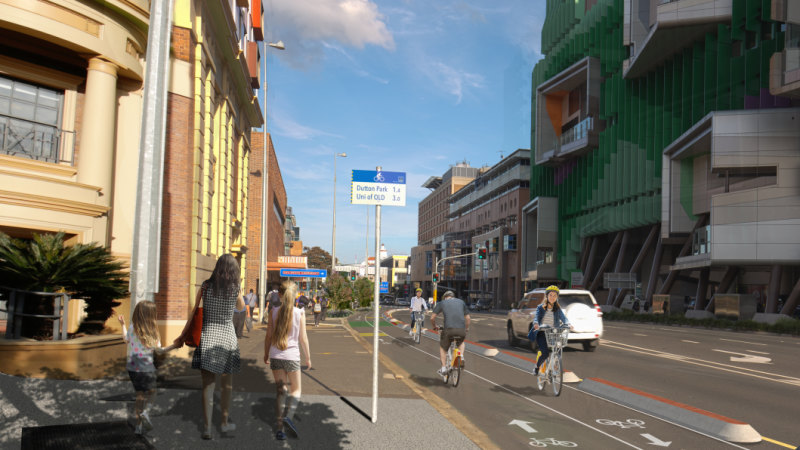 An artists impression of the new Wooloongabba bike lane.

You can also read more about both the Indooroopilly Riverwalk and Wooloongabba bike lane in the Brisbane Times:

More information about the Indooroopilly Riverwalk can be found here, including the preliminary project plan.