One of Bicycle Network's election campaign bikes has gone missing, with no information about where it might be.

During this federal election campaign Bicycle Network has been asking candidates to make sure they include bikes in their policies and updating voters on what commitments have been made.

As part of this we locked up some blue bikes near bike paths in marginal seats in Melbourne and made flyers available with information about our election campaign.

Sadly, one of these bikes has gone missing.

We locked one up next to the Gardiners Creek trail near HA Smith Reserve, slightly east of the Glenferrie Road underpass.

It has possibly stolen been, or possibly confiscated. Boroondara council say they are not responsible and no one has contacted Bicycle Network saying they have concerns about the bike. 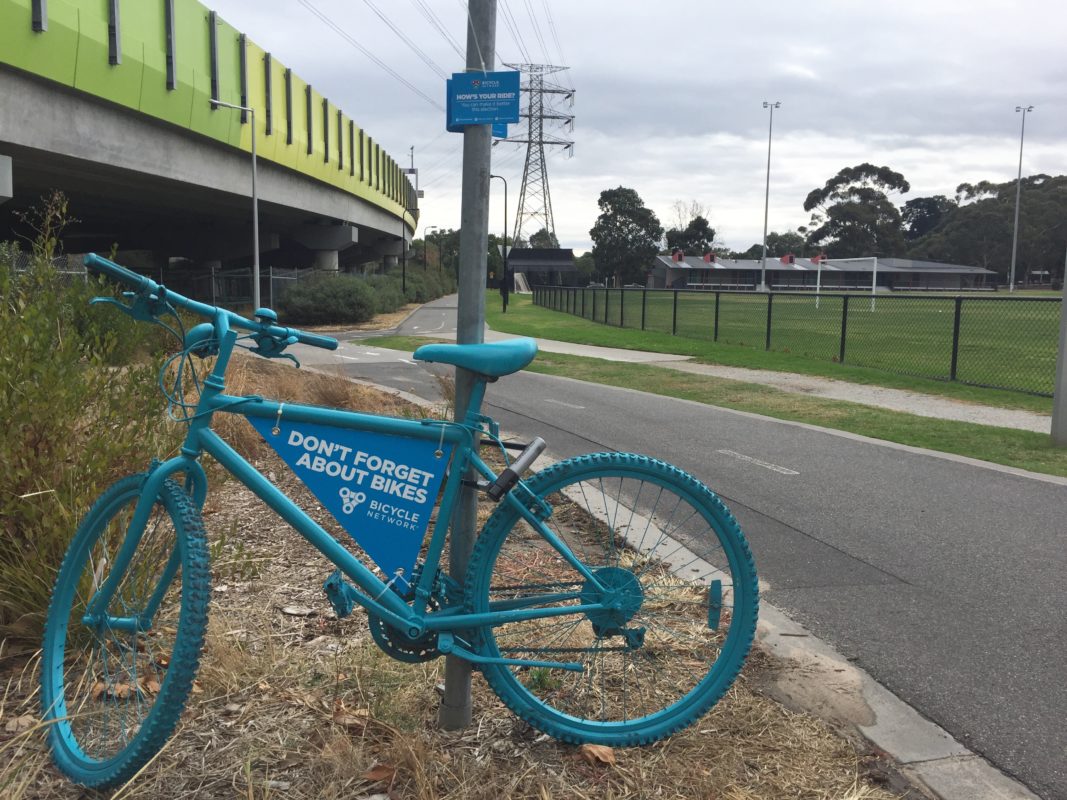 A federal election campaign bike on the Gardiners Creek trail.

The bike was locked with a tough D-lock and is unrideable, with flat tyres and a seized chain, gearing and brakes. It would be of very little value, even on the most suspect of second-hand goods groups on Facebook.

So we are wondering, is there someone out there who doesn't agree that we should make Australia more bike friendly to improve our health and reduce congestion?

Could a political candidate, disgruntled anti-bike group or concerned citizens have removed it?

If you have any information about where the bike may be please let us know, or return it to Bicycle Network at 246 Bourke Street, Melbourne.

With a week of election campaigning still to go we have plans to place the bikes in other locations so we can spread the good word to more people.