An unauthorised closure of the Exhibition Street bike lane in the Melbourne CBD this week by construction group Multiplex has again highlighted the need for protected bike lanes on the key north-west road.

However, on Tuesday morning the modified bike lane and footpath was completely closed off to riders and pedestrians with a rope and makeshift sign put up by Multiplex (see image above).

There was no proper signage or detour set up, with bike riders forced to merge into a car lane while crossing the Collins Street intersection.

They then had to ride in a narrow space on Exhibition Street between vehicles a temporary fence.

It appears that in an effort to expedite construction of a 36-floor building at 80 Collins Street, Multiplex workers took the initiative to get bike riders out of their hair and move them onto the road with cars, taxis and cement mixer trucks.

It is Bicycle Network's understanding that Multiplex did not get authorisation from City of Melbourne to close the bike lane. However once the council were made aware of the closure they sent an officer to the site to investigate.

On Wednesday morning, the bike lane was reopened in its modified form.

Exhibition Street is a key route into the Melbourne CBD, but has a bike lane that is only active during peak times with no hard separation or protection from motor traffic.

There have been many issues on the route in recent times, with skip bins plonked in the bike lane and parked cars ignoring restrictions.

Exhibition Street needs a protected bike lane to make it safer for bike riders and improve the flow of traffic.

And as Bicycle Network demonstrated, it could be done easily, and would not impact the flow motor vehicle traffic.

Since a protected bike lane was built on the east-west running La Trobe Street in the CBD, rider numbers have grown there every year.

There needs to be a north-south protected bike lane in the city and Exhibition Street is the perfect location.

When Bicycle Network discovered that Multiplex had closed off the bike lane we contacted City of Melbourne who also got into gear to get the bike lane reopened.

It highlights just how important it is that when we see something wrong on a bike lane or path that it is reported.

If you're riding along Exhibition Street or any other route and see something that's not quite right, report it to Bicycle Network and the local council.

You can contact Bicycle Network here, while many councils have online portals where issues can be reported. 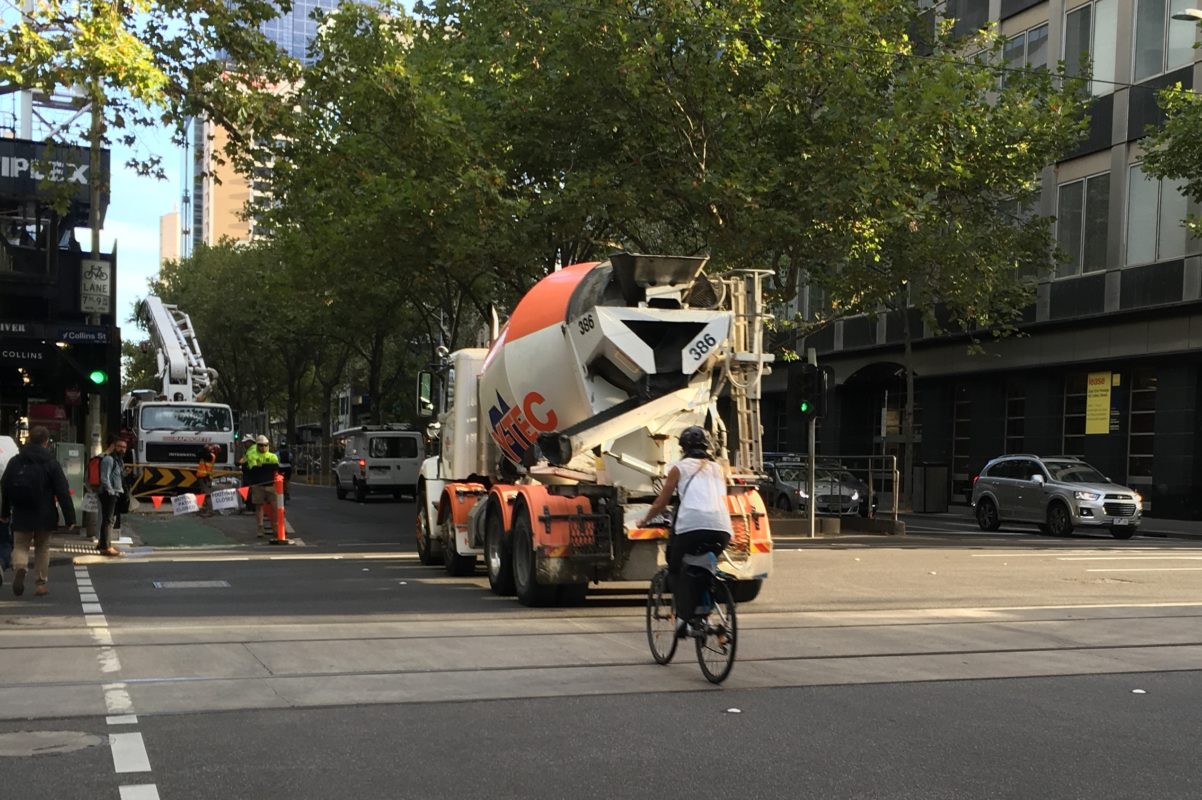 A bike rider merges into Exhibition Street due to a closed bike lane. 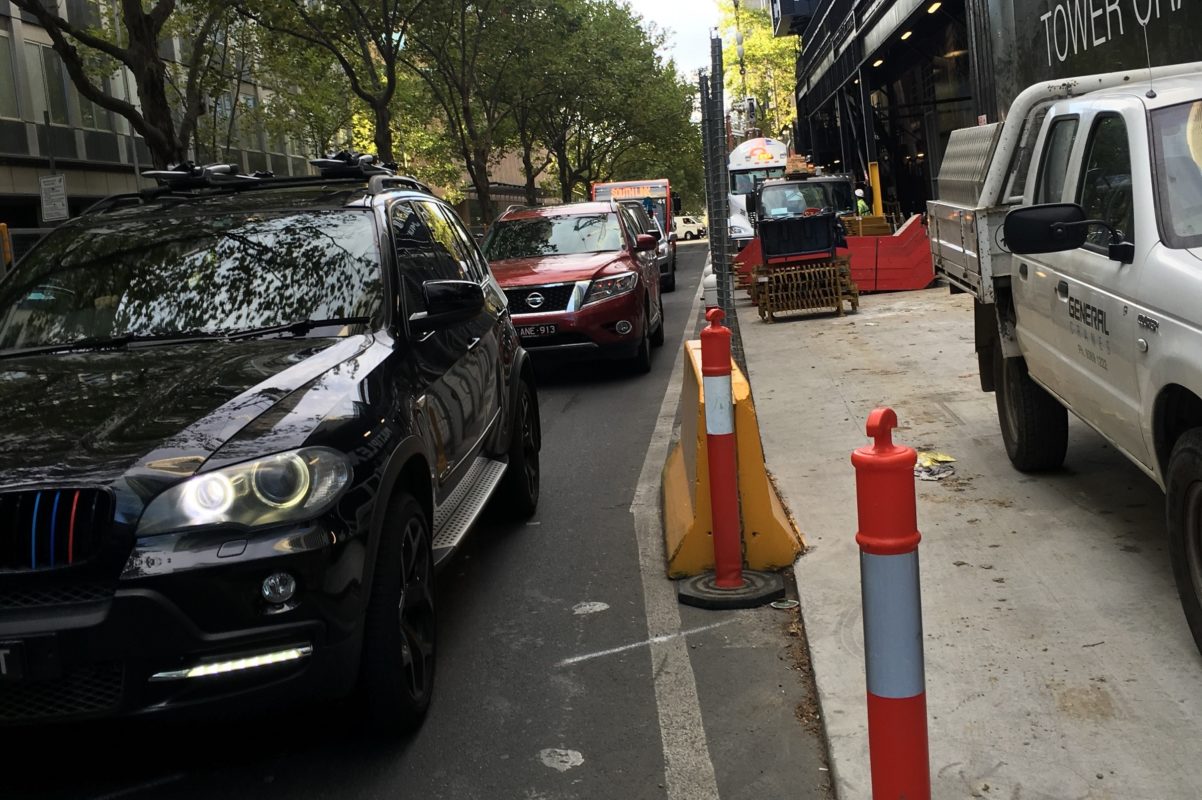 A narrow gap between vehicles and a temporary fence bike riders were forced to ride through.