Designs for both the northern and southern end of the Sydney Harbour Bridge cycleway are now open for public comment.

As promised by Roads Minister Melinda Pavey MP, the NSW Government has opened the community consultation more than a year after the plans were announced in August 2016.

The plans can be found here and we encourage you to review them and leave a comment before 15 December 2017.

The Sydney Harbour Bridge cycleway is one of the busiest links in the metro Sydney bike network - but as it stands, it's accessibility is limited or difficult. A ramp on the northern end will make a big difference for people who ride, currently servicing more 1,900 bike trips made each day.

Bicycle Network has been campaigning for years to see the steps replaced, which would allow the elderly, kids and would-be bike riders to ride to the CBD from the northern suburbs.

Learn more about our campaign

Our thoughts on the plans:

Bicycle Network prefers Option 2 (page 24) for the northern side of the bridge, providing a straight ramp supported on columns parallel to the western bridge approach wall through Bradfield Park.

Due to the length and gradient of the ramp on the northern side, some riders will be much slower than others, and will track wider as they work their way up the incline. Unless other riders can pass, the capacity of the route will be considerably diminished.

The ramp will also need to accommodate the growing number of bike couriers with cargo bikes that are expected to utilise the connection in the delivery of goods.

That's why we suggest that the ramp structure be widened so that the uphill side of the path is wider than the downhill side to enable comfortable and safe passing.

Plans for improving safe cycling access on the southern side of the bridge are innovative and practical, however, the shared nature of the path means that the width may need to be re-considered.

It is likely that visitors will want to take photographs, and distracted people with cameras may be at risk or present a hazard to people on bikes.

We recommend designing a photo platform or widening the path to keep selfie-takers away from the path of riders.

Bicycle Network also recommends that the plans meet the access requirements of wheelchair users and people with disabilities. 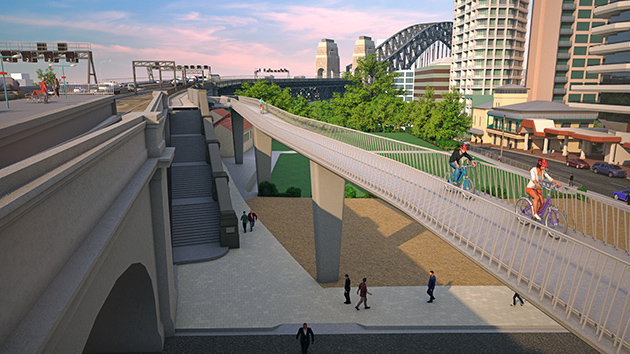 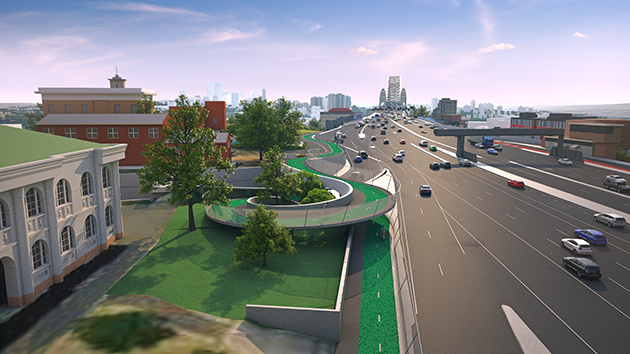