Ever wanted to know how a team racer stacks up against Peaks Challenge Falls Creek?
Drapac Pat’s Veg cycling team rider Jesse Featonby tells the story of his solo ride through the
Victorian Alpine region, on the hunt for testing hills that would get him ready for the 2017 Herald Sun Tour.

“my legs gave my brain an idea they would later regret. The illustrious 3 Peaks Challenge loop.“

The announcement of the 2017 Jayco Herald Sun Tour course, lit up my eyes and filled me with boundless excitement as it for the first time in over ten years the ‘parcours’ would be gracing the Victorian Alpine region with multiple hill top finishes.

After only a year of competitive cycling experience, I was given the opportunity to race for the Drapac Pats Veg Cycling team in a field that encompassed cycling royalty. Not only would three time Tour De France winner Chris Froome race up Australia’s most revered bergs, but he would be going toe to toe with cycling’s most exciting prospect Estban Chavez. Added to the mix,  Australia’s most talented crop of juniors, all in the backyard of rural Victoria. 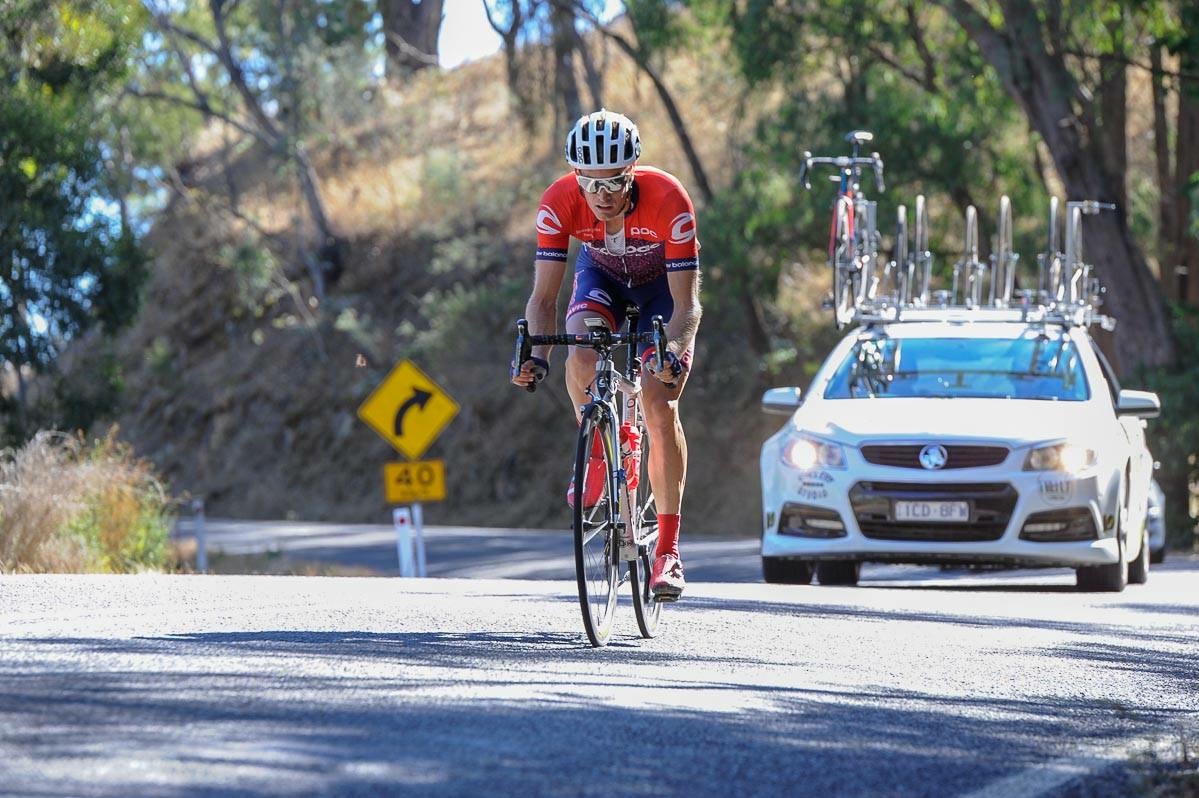 The first step to any preparation for a big event is of course training, and with Falls Creek only an hour from home (Albury) I was keen to hit the hills and challenge myself with a solid day in the saddle. The day was Saturday, the month was December, the conditions were perfect, but the route was yet to be established. I began considering my options while driving down; Tawonga, Hotham and back; Falls, Tawonga, Falls again; and then my legs gave my brain an idea they would later regret. The illustrious 3 Peaks Challenge loop.

“Mistake number one had now commenced…”

By the time I arrived at Falls, it was already a warm 20 degrees and my decision was settled… 242kms, over 4000m of ascension and the possibility of ten or more hours in the saddle.

Fresh legs to descend to Mt Beauty is never desirable considering the significant amount of ascent that laid ahead, however, I was super keen and mentally prepared for the day ahead. I started Tawonga Gap keeping the pace as comfortable as possible over the 6km climb. The whole way up I had to slow myself down as I was a little nervous about the terrain after Mt Hotham.

The left hand turn to Harrietville came quicker than expected and strategies of climbing Hotham conservatively without too much energy spent started to echo in my mind. Unfortunately, a group from Melbourne was climbing Hotham just as I arrived at the base. As I passed the first rider it was apparent this as no ordinary bunch ride. I was swiftly told the ride was a time trial to the top for bragging rights on Beach Road bunchies. Despite significant comprehension of how much I would suffer for doing this I persisted to get caught up in their ride and catch as many people as possible on my way up. Mistake number one had now commenced. 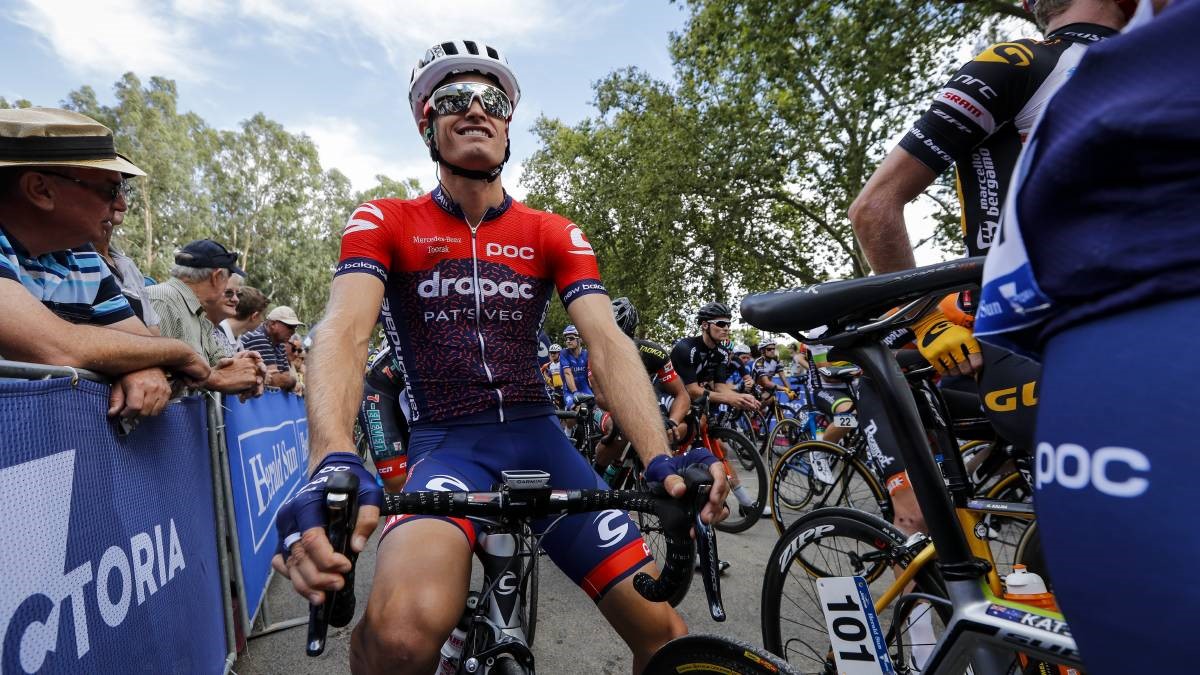 “The mental milestone of “all downhill from here”, was quickly diminished with a quick realisation of a lot of climbing back to Falls Creek.”

Getting to the top I hit uncharted territory. Having never ridden past Hotham heights I assumed a long, flowing descent was coming my way. While the roads were definitely heading towards sea level, I felt as if I was still doing a considerable amount of climbing. I stopped in Dinner Plain for some water and kept chewing down plenty of food. I hoped in vain that the descent I was expecting would come soon, unfortunately, more undulating hills, more dead roads and no time to take the pressure off the cranks.

I hit the half way point quietly confident. The mental milestone of “all downhill from here”, was quickly diminished with a quick realisation of a lot of climbing back to Falls Creek. The temperature was now at 30 degrees and I already plotting my menu for the stop in Omeo. Omeo being the logical location for a good feed and some cold water. It’s past half way, the lowest point since Mt Beauty and by now a good spot to rest my now fatigued legs. Finally, a descent into town and some time to stop pedalling as I approached Omeo. Free wheeling into town I couldn’t help but get an eyrie, ghost like feel to it. I rode past the cafe, no lights on.

I continued towards the bakery, closed. I then made my way into the service station where a piece a paper held duct tape had written on it “Omeo closed due to power outage”. The extreme heat shorted the power supply to the town and now nothing was open. Thankfully taps were still working, so warm water was the only option I had. Food wise, I thankfully jammed plenty in my back pockets but a strategic rationing strategy would need to take place.

“In over 15 years of riding a bike I could confidently say that this was the best scenery I have traveled across.”

OK, lets look at the numbers… 70km to go and a solid climb back to Falls creek. In my mind I assumed 3 hours is all it would take to get back. So the plan was fill my bottles, and have one snack per hour and I would be fine to complete the journey.

A quick stretch and off I go, 70km seems easy enough… Now, despite the pain to come I was taken away by the scenery of roads to Anglers Rest. In over 15 years of riding a bike I could confidently say that this was the best scenery I have traveled across. The views were stunning, the rolling roads made it feel fast and flowing, extra challenges like plank bridges and roaming wildlife kept my mind off the fatigue starting to accumulate.

Now I made a few mistakes on this ride already, but this next one was possibly the biggest. I quickly took a right-hand corner and saw a little café at Anglers rest called the Blue Duck. At the time, I was still confident of my three-hour time frame, and with one and a half bottles remaining I brushed aside the temptation to stop.

More rolling hills and the turn to Falls Creek approached. Taking the sharp left I looked up towards what many people would describe as any synonym of a ‘brickwall’.

Click, into 23. Click, into the 25. Click, into 27. It was worse than I imagined. I convinced myself “it’ll flatten off around the corner”.  After eight kilometres of persistent lying to myself, it didn’t flatten off. My last piece of food was consumed, I had half a bottle remaining and I was caked in sweat that made my face feel like sandpaper.

“Who the f**k put this hill here?”… at one kilometre to go. And then finally the village was in sight.”

While being sore, dehydrated and hungry I had amazing things happen in the next hour. I invented a drink bottle that you could use in any body of water to filter germs, I later discovered it already exists. I invented a bladder that goes inside your bike to hold water, I later discovered it already exists. The point my brain was trying to inform me was that I was in desperate need of liquids and nutrition.

With ‘FC’ signs indicating the distance remaining, I promised my body each five kilometres a sip of water. Now ticking off the sips, rather than kilometres, the hills starting to be more forgiving, the road surface a little faster and I could sense I was going to make it home. Ten kilometres to go and the lake was in sight. Five kilometres to go and I could see accommodation. “Who the f**k put this hill here?”… at one kilometre to go. And then finally the village was in sight.

I bunny hopped the curb, skidded into the Falls Creek Foodworks, sculling whatever my hands grabbed first. I lost count of the food items I shoved in my hand and thankfully Paypass allowed me to overlook the steep alpine prices. I sat in my car feeling the obvious soreness and dehydration but a sense of accomplishment for what I just did. Regardless of time I can honestly say I enjoyed every challenge the ride threw at me. Doing it solo again would not be something I would punish my body with again, however, with assistance pacing, regular hydration and nutrition stops, I think I would definitely put my hand up and join in.

While this was only one of many training days, it helped me climb side by side with cycling’s elite on the stage to Falls Creek and finish less than a minute behind Froome and Chavez in my first UCI event.

Be the first to hear when Peaks Challenge 2023 tickets open