Hobart’s Collins Street should be the commuter artery to get the city’s heart pumping. But instead of a smooth journey from the revitalised Rivulet Track into the city centre and across to the Intercity Cycleway, bike riders and walkers are dumped into a carpark, before they have to face crossing busy Molle Street.

While the Hobart City Council has bike lanes on Collins Street on its agenda, there are no publicly available designs or plans to build. 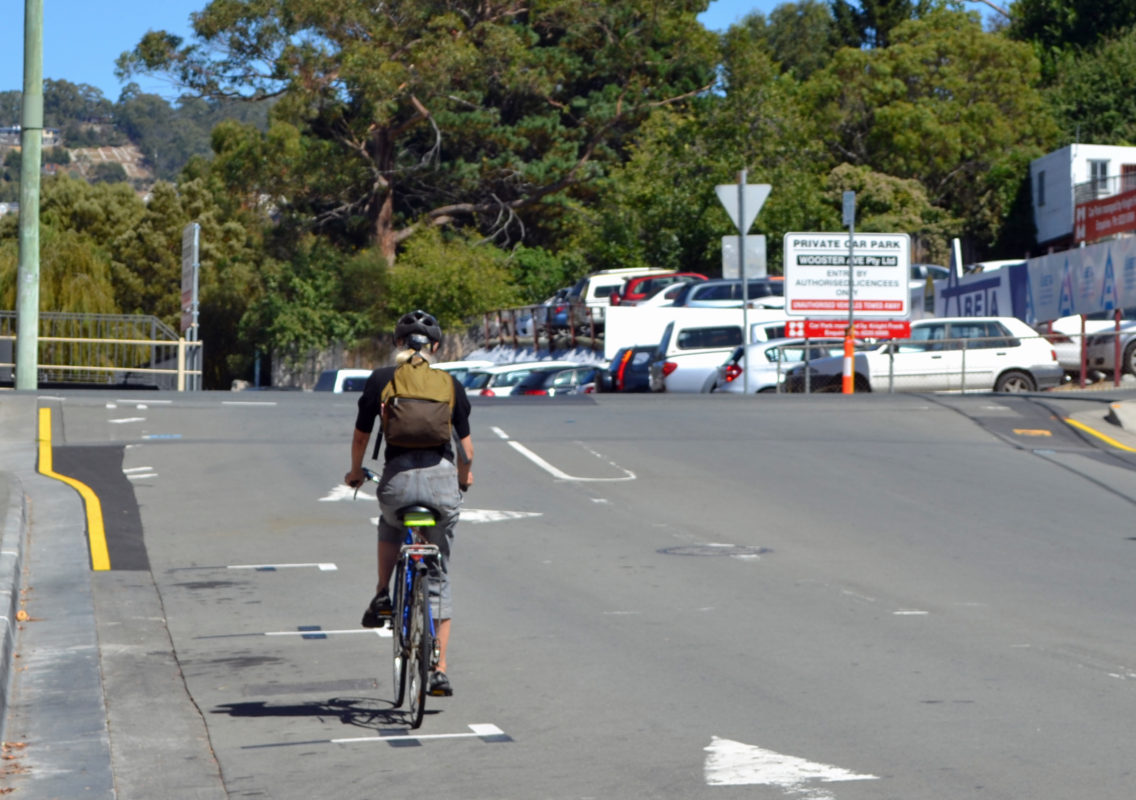 Collins Street offers the city of Hobart the opportunity to create a state-of-the-art route for people who ride bikes, fully separated from traffic and pedestrians. Currently, traffic volumes on Collins Street are light and parking sits empty throughout the day.

A separated bike lane along the length of Collins Street with a pedestrian and bike-friendly crossing at Molle Street would create an important connection to the waterfront and the InterCity Cycleway.

Hobart is confronting growing problems with traffic congestion and health, and encouraging more people to ride is one of the easiest and lasting ways to address these issues.

One more bike heading down Collins Street every morning is one less car on the road looking for a parking spot.

The easier we can make it for people to ride bikes or walk, the easier it is for people to make the choice to leave the car at home, which benefits everyone.

Collins and Molle Street lights have been approved and funded but no builder is available.

The City has put construction of a signalised intersection at Collins and Molle streets in its 2020-21 budget.

The City received a pledge of $100,000 from the federal government in March 2019 for use on the Collins Street bike lanes.

The City of Hobart has put the design of Collins Street bike lanes in its Annual Plan for 2018-19, along with a safe crossing across Molle Street for people on bikes and walking.