A local planning blunder on an Adelaide bike path became the talk of the town over the weekend.

On Friday, Tom, a local rider of the Bolivar bikeway, reached out to Salisbury Council Deputy Mayor Chad Buchanan on Friday about an obstruction to the path.

This wasn’t just any obstruction – it was a Stobie pole cemented into the middle of the bike path.

When Cr Buchanan visited the site, not only did he see an overbearing pole obstructing the path of riders. He relised that there were actually two poles.

And word has it that they had been there for months. 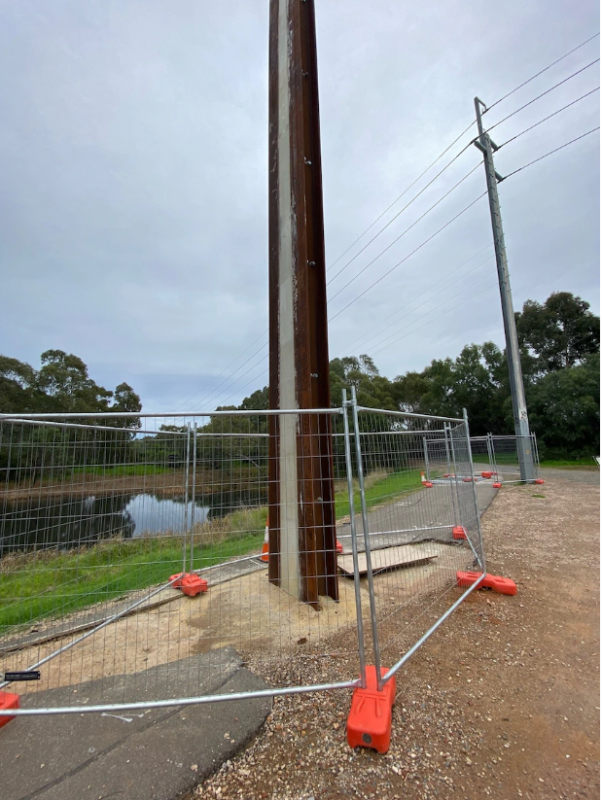 “A Stobie pole in the middle of a path certainly brings a new meaning to a shared pathway,” Cr Buchanan said.

On Sunday, the Deputy Mayor uploaded a photo of one of the poles to his Facebook page. And from there, things took off.

So what happened here exactly? The poles had been installed by SA Power Networks (SAPN). A spokesperson told the ABC said it had few choices for where to install the poles. On one side of the path there was a wetland and on the other side was vegetation, and would have required tree removal.

The SAPN spokesperson stated that the locations were chosen in consultation with the City of Salisbury council. One pole was installed directly on the path, the other immediately next to the path.

To what degree the paths were intended to be redirected is unclear.

Cr Buchanan told Bicycle Network that SAPN will be realigning the path in during the week commencing 27th May. He also expressed the safety issue for riders using the bike path.

“At the very least, in the meantime, there needs to be warning signs and lighting for cyclists who may not see the Stobie pole until it’s too late.”