Major Road Projects Victoria is seeking input into its stage one plans for a $207m upgrade to Mickleham Road in Greenvale in Melbourne’s north.

The project will deliver much needed new and upgraded bike facilities for the rapidly growing area with many school-aged children.

We reported previously on plans for the road, which includes funding from the Federal Government. 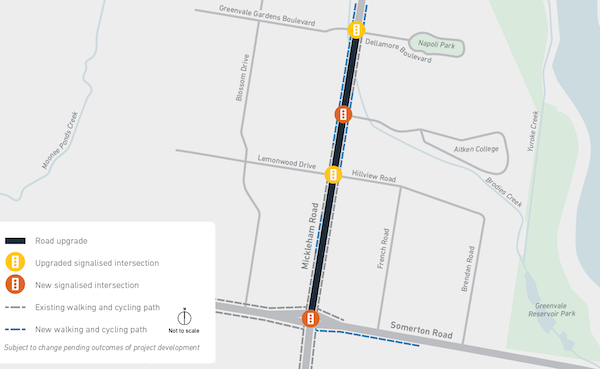 Now community consultation is underway prior to the project being submitted to the Minister for Planning for environmental and planning approval.

Additional lanes are being added between Somerton Road and Dellamore Boulevard with the aim of reducing congestion and improving safety and travel time reliability.

The project is also:

Consultation is open until July 17 here.

You can complete a survey, ask question of the planning team, and make submission on the interactive map.