While many bike manufacturers head to Asia for cost efficiencies, founder and managing director of Vivente Bikes, Noel McFarlane, has decided it makes more economic sense for him to move operations to his north-west Tasmanian farm.

The worldwide shortage of bike parts has given him the opportunity to make the move while he waits for ordered components to start trickling back in at the end of this year.

The move means he saves on rent and has the space he needs to create bespoke touring setups for his customers.

Vivente are known for their high-quality touring bikes, including the offering of internal rear hub gear options to minimise mishaps on the road.

There are very few companies making these bikes outside of Europe, with Vivente in Australia and a few operations in the US.

Noel says about half of his clients are overseas and rising freight costs means he’s made the decision to stop making his derailleur models in favour of the Rohloff models.

“We have been absorbing the rising cost of freight for the past two years in the hope they would return to pre-COVID levels but that looks like it won’t happen. The cost of freight is part of the reason why we’ve decided to only make the Rohloff models.

“The other reason is that Shimano has greatly reduced their commitment to 9-speed and to triple systems. The Rohloff hubs fit in with our ethos to create long-lasting, rugged bikes that you can take off road without too many dramas,” Noel said. 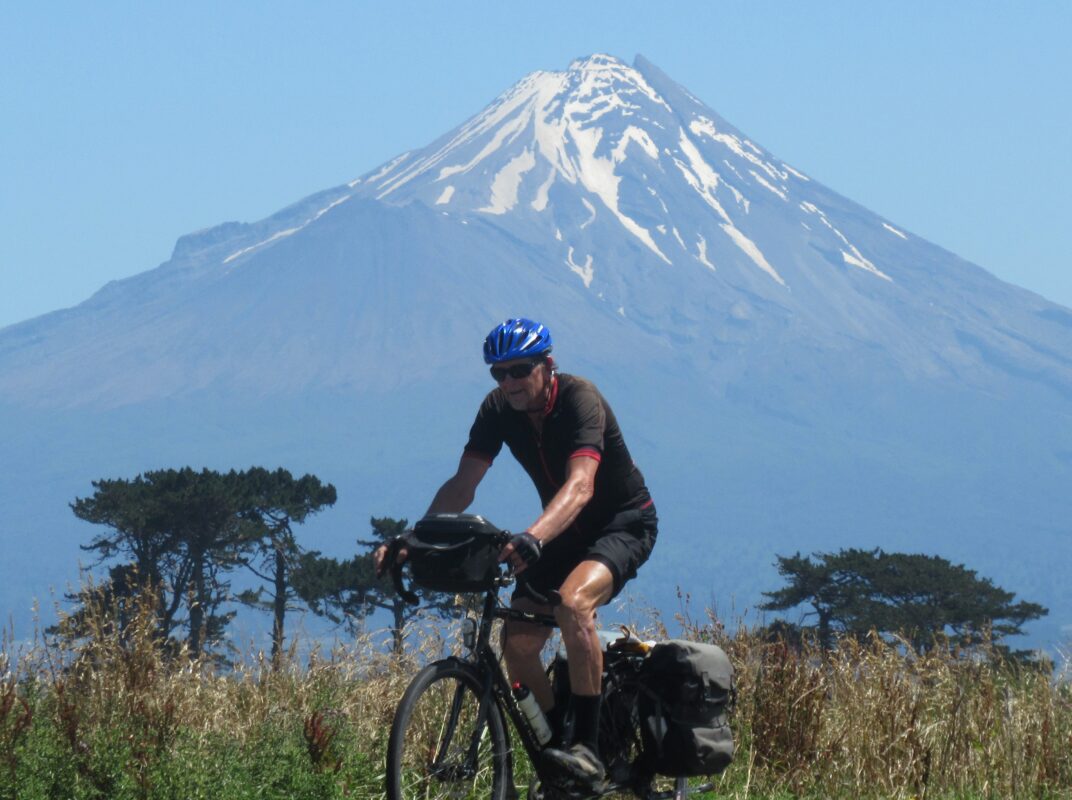 Noel says high-end touring bikes make up only ¼ of 1% of global bike sales, which means the mass assembly used for more in demand models doesn’t work for Vivente.

“Bike assembly factories have made it clear that they are not interested in varying specifications. They want all their workers on the same model at the same time, which means they have minimum order quantities much higher than Vivente’s needs,” Noel said.

Because Vivente is only making a couple of bikes a day, Noel said it can easily offer limited variations that suit touring rider needs. The main variations he can offer without affecting the price too much are the gearing ratio, tyres and saddles.

“With Rohloff hubs on a 700C bike with 40 mm tyres a 50-tooth front cog and 19-tooth rear cog, you get a bottom gear that you could ride up a mountain, loaded with luggage. That’s the standard, but if you haven’t cycled for decades, you’re got a loaded bike travelling through mountainous areas, or just don’t think you are strong enough, there’s the option for a lower gear ratio.

“Lower gear ratio bikes also suit people who may want to fly with their bike but don’t want the hassle of flying with an ebike. For these riders a gear ratio using a 46-tooth front cog and 22-tooth rear cog provides a bottom gear down to 15 inches, which you can’t buy off the shelf anywhere because the market is so small. To some people this is very important in giving them the confidence to go on a loaded tour”.

The other variation Vivente can offer is with tyres, which normally have come in the 700C sizing.

“Lots of people who are riding prefer off-road gravel conditions to road riding and want a wider tyre to create more grip or contact and softer ride. You wouldn’t’ find a bike manufacturer who would swap out the tyres because it changes gear ratios and affects rims.

“The 650B or 27.5 inch size, with a wider tyre, happens to have the same outer diameter as 700C and it just needs wider mudguards, all we have to do is carry stock of the extra rims, tyres, tubes and mudguards.

“This means we can cater for the different needs without any cost difference for the buyer. It’s easier to have two sets of wheels than two bikes if you want to do a variety of touring options, from good quality surfaces in Europe to the Mawson Trail,” Noel said. 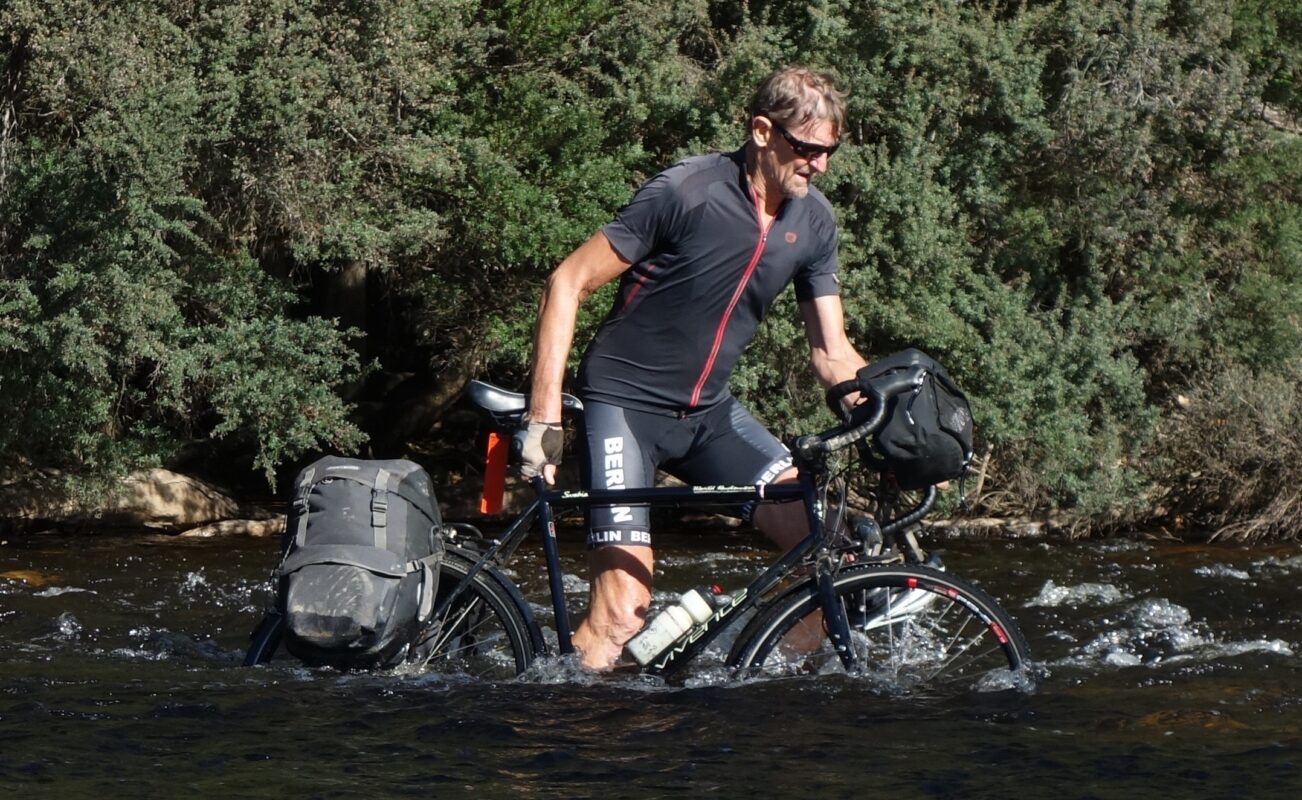 Selling all over the world

Around half of Vivente’s customers are in Australia and the others in the US, Japan and Singapore.

The significant number of US customers has also allowed the move to Tasmania as Australia will now have an advantage over other companies in the US bringing in bikes from Asia due to the Free Trade Agreement removing tariffs for Australia.

The company’s longstanding reputation means it doesn’t need to advertise and only has one or two selected retail outlets in each Australian state. In Tasmania it’s Cycle2 in Launceston and in the south they are available through LongHaul Tasmania.

The other important element to the company’s success is that Noel is constantly testing componentry and ideas on his touring trips around the world.

The Vivente website gives you a rundown on some of these rides – you can take your pick from Australia, Japan, India, Germany and many others to see how different models of the bike performed.

Scrolling through the blog posts it feels like Noel has covered most parts of the world but he still has a few entries in his bucket list.

“A lot of Africa is still on the list for potential touring and Afghanistan and Iraq, North East India, and Madagascar. COVID’s changed things. I was intending  touring through the southern US states in the lead up to the 2020 election to mix my two interests of cycling and politics.

“But I’ve got back into cycling in Australia during COVID, central western NSW is a great place to tour and I’m now interested in doing the Mawson Trail. It’s made me realise again how good a lot of Australia is for bike touring.”

You can find out more about Vivente bikes and all the places they can take you online: https://viventebikes.com/ 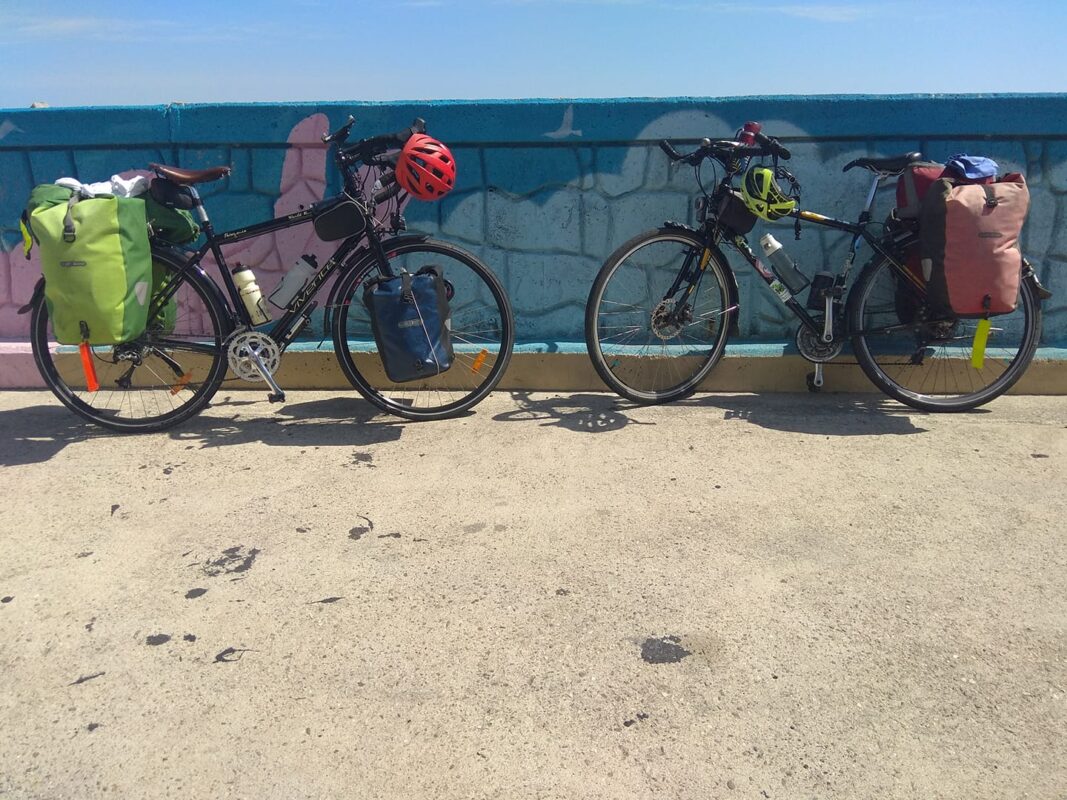