A dedicated parking lane and full-time bike lane is being installed along Port Road, between Grand Junction Road and Earle Avenue, Cheltenham.

This change is being made in response to feedback received from residents and businesses about parking availability during peak traffic periods.

The Department for Infrastructure, Department of Transport and the City of Port Adelaide Enfield have agreed to the plans, and an assessment of traffic volumes in the area has indicated two lanes in each direction is suitable to accommodate current traffic flow requirements.

This will however be monitored, and there are provisions for the lane arrangements to revert back to three vehicle lanes, with a bicycle lane operating during the appropriate peak times, if future traffic volumes require it.

It is our hope that there is also a provision where increased bike traffic triggers permanent separated bike infrastructure. Then if more people opted for two wheels instead of four, there wouldn't be concerns about car parking.

Work to install the parking lane and bike lane will be completed as part of the road resurfacing works currently underway along Port Road, between East Avenue and Grand Junction Road. 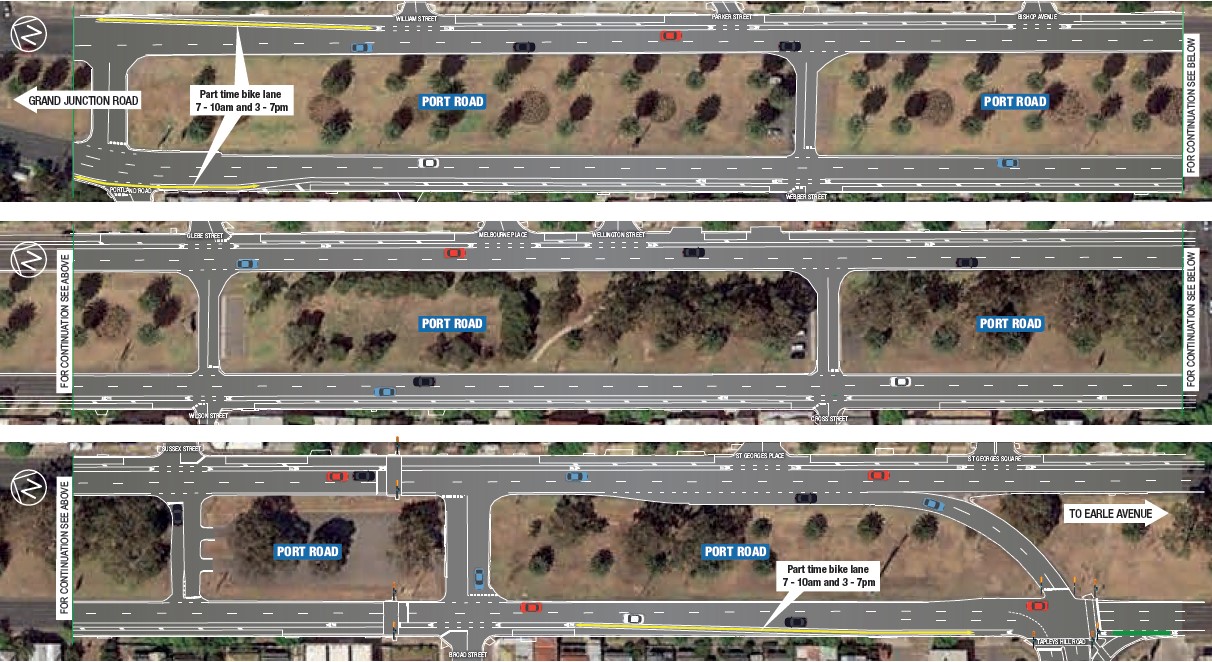