The section of western ring road M80 Trail between Blaxland Avenue overpass and the Edgars Road, Greensborough-bound, exit ramp will remain closed until the end of the year.

The detour via local streets in Thomastown will remain in place,

Originally the detours planned to be wound up about now, however, the works schedule for the project has changed. The new permanent trail could possibly have been opened earlier, but it would then have to have been closed again for a period.

For the benefit of riders, the continuity of the detour was considered a preferable arrangement.

The detour takes riders and pedestrians along Maritana Crescent and Alvarado Avenue.

At the eastern end riders can connect back to the trail by taking the path via Edgars Road. At the western end a connection has been made directly through to the trail.

Signage will be in place for the duration of the closure.

Local residents are reported to have adapted to more riders on their local streets.

In other developments in the project, the Blaxland overpass will be closed again from 8pm, Friday 20 August to 6am, Monday 23 August for further work to be undertaken.

And the Kathryn Street overpass will be closed nightly from Sunday 8 August to Friday 20 August between 9pm and 5am, for installation of under-structure cables. 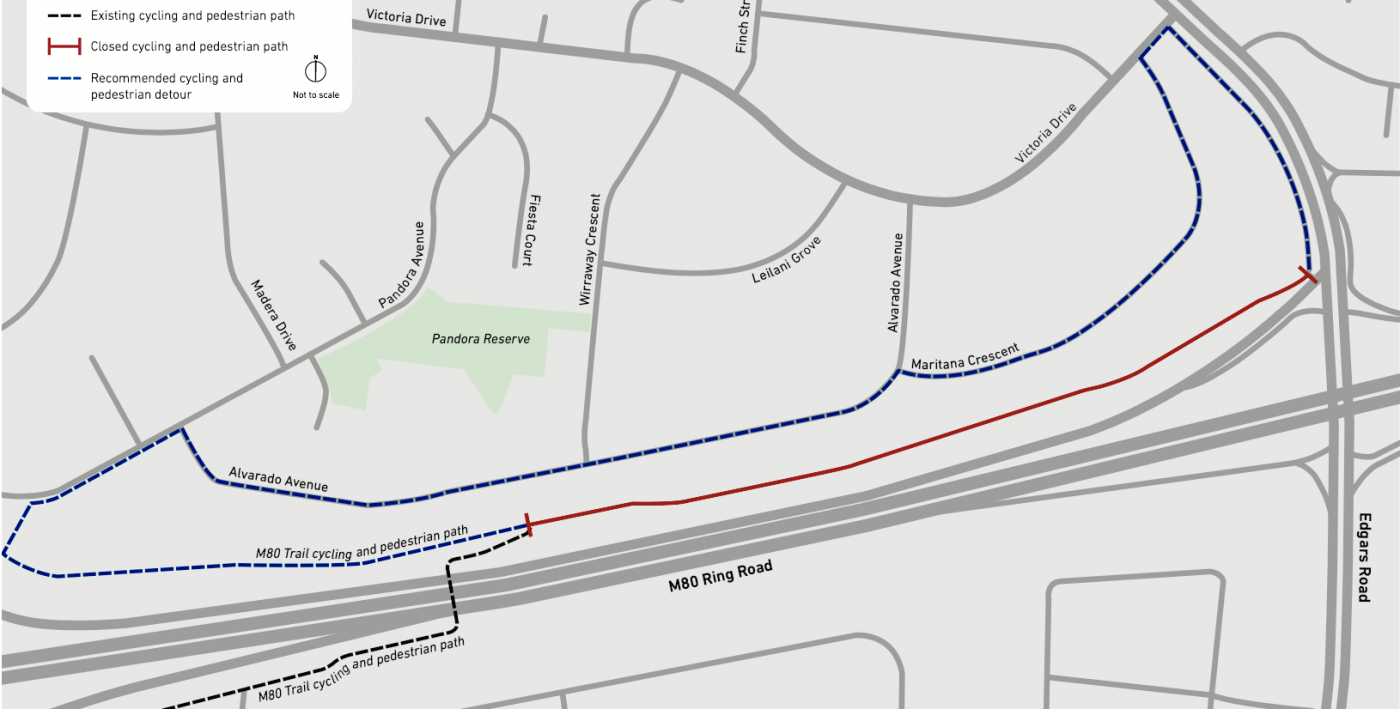