A major consultation of the local community has helped decide the location for two new green bridges to West End in Brisbane — with "Option A" proving favourable for both projects.

Cr Schrinner said that the level of community feedback on the alignment options was impressive with more than 4000 responses received during the four-month consultation period.

"With 83 per cent of survey respondents supporting 600 Coronation Drive and 64 per cent backing Guyatt Park, it’s crystal clear that Brisbane residents want green bridges and know exactly where they want them,” said Schrinner.

Councillor Jonathan Sri conducted a similar online poll with similar results, but also gave the option for no bridge at all, as he discussed with the Westender:

“My consultation process did give residents an option to vote for ‘no bridge’ and it was interesting to see that close to a third of respondents thought the St Lucia bridge wasn’t needed.”

“However both consultation processes essentially suggest the same conclusions: that a strong majority of residents feel both bridges are worthwhile, and that the Option A alignments were clear favourites for both the Toowong and St Lucia bridges,” Cr Sri said.

Neither of the two preferred options include home or property resumptions, much to the relief of many living in Boundary Road and Ryan Street who strongly petitioned against the other options.

Option A for the St Lucia to West End green bridge runs between Guyatt Park and Orleigh Park at Morry Street. 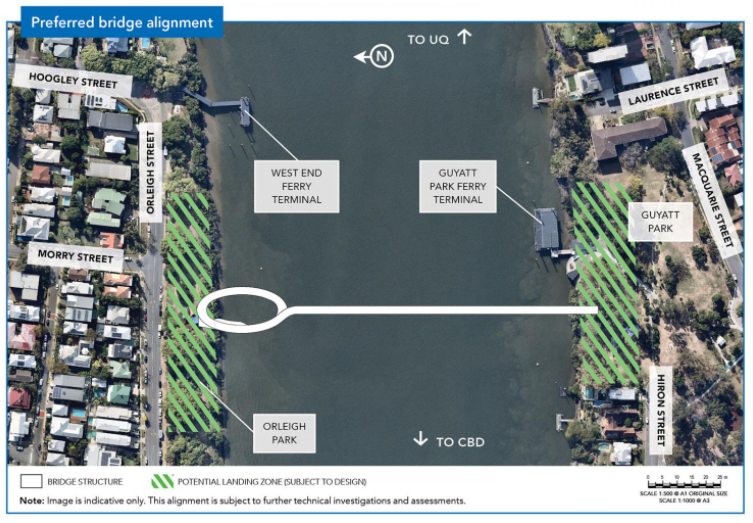 Option A for the Toowong to West End green bridge runs from Coronation Drive to Forbes Street in West End. 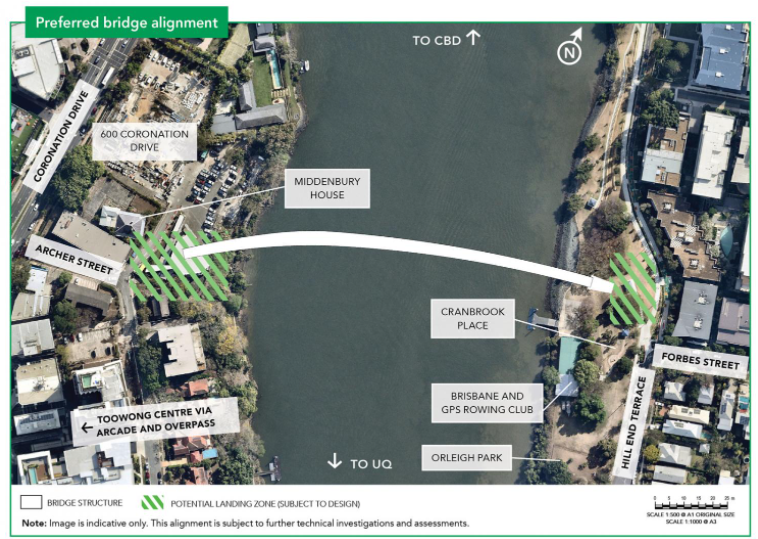 The next steps for the council will be completing business cases for both bridges, including next steps, funding and delivery timeframes.

Council has allocated $550 million in the green bridge program, with additional funds being sought from other levels of government.