Bicycle Network is working with the University of Tasmania to develop a program to give students and staff the confidence to ride between campuses and accommodation in Hobart and Launceston.

The pilot program involves working with a small group to ensure their bikes are in good working order,  they understand road rules governing bike riding, running through basic riding skills, and then riding as a group to practise riding on roads and paths.

The pilot program started this week in Hobart and will be heading to Launceston next week. Participants will be consulted to determine whether the program could be useful in helping people to ride for transport.

Hobart schools get ready to park it

Corpus Christi in Bellerive has thrown its energy into getting more students riding, with every class undertaking bike skills and road safety workshops, students working with Ride2School to create “Active Maps” to help students ride/walk/scoot the most comfortable route to school, and now more bike parking. Burnie mayor Steve Kons has written a motion encouraging Burnie City Council to apply for funding to build a traffic park near the new bike loop and pump track at View Road Reserve.

Mr Kons said he got the idea after a visit to Melbourne where he saw how children learned road rules on a “mini-city” styled traffic park.

The motion calls on the council to apply for $500,000 from the Road Safety Advisory Council.

We had a query from one of our members about whether RACT home and contents insurance cover electric bicycles, and the good news is they do.

E-bikes can be included in home insurance as a “specified portable item” with the value listed and the insurance will cover the bike up to that value listed. If you have any questions about the insurance, please contact RACT directly https://www.ract.com.au/getting-in-touch

A new 4 km shared path at Freycinet National Park connecting the visitor centre to the start of the Wineglass Bay walk has opened, so visitors no longer have to ride or walk on the narrow road.

Bike parking loops have also been installed at the trailhead and the master plan for the park recommends bike parking also be installed at Ranger Creek, Freycinet Lodge, Honeymoon Bay. 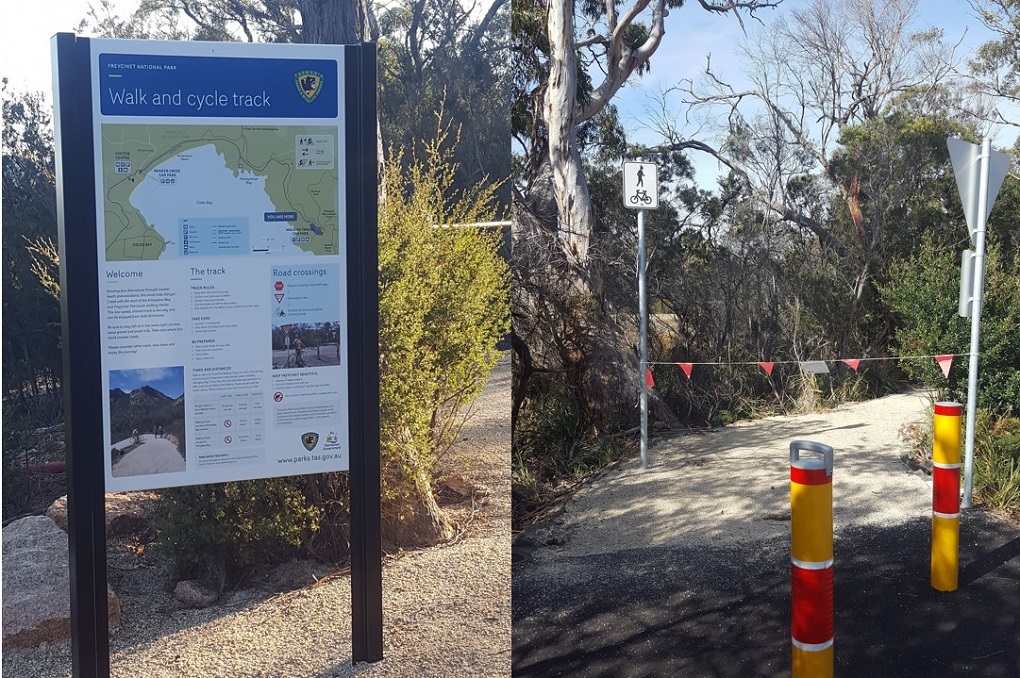 Devonport Magistrates Court has suspended the licence of a truck driver for 12 months and fined him $1200 after he hit and injured a person riding a bike at Wivenhoe in October 2019.

The driver was charged with causing grievous bodily harm to another person through negligent driving.

The rider suffered a shoulder wound, concussion, elbow fracture, grazes and stitches in one knee and thumb. Tasmania Police’s prosecutor said while the injuries were not at the higher end of the spectrum, this might be the worst thing that had ever happened to the rider and “the emotional toll of the crash and the likelihood of the cyclist feeling safe to ride the route again had to be considered”.

West Coast Council has put out a construction tender for 35 km of mountain bike tracks around Queenstown, specifically the proposed Mt Owen track, powering ahead with its plans to create a world-class “back country” mountain bike network.

The trails has designed by Dirt Art and the tender for construction closes on 2 November, with $2.5 million funding coming from the Australian Government and other funding from the Tasmanian Parks and Wildlife Service.