The road closure due to construction work along the Davey Street section of the Intercity Cycleway is due to return to normal by the end of this month.

However, the interim cycleway through the Macquarie Point site to Evans Street will remain closed.

The new road currently being constructed to access the northern section of the Macquarie Point site will remain closed to public traffic, with plans to extend the Intercity Cycleway through the site to be incorporated after the road is finished.

Work to duplicate the road between Launceston Airport and Breadalbane should get underway in the coming months, with the designs now available on the Department of State Growth website.

When the work is finished in 2022 people riding will be able to use the 2 metre sealed shoulder on either side of the road, but no dedicated bicycle infrastructure is being included in the project.

Two interns from the University of Tasmania have come on board this semester to help us research customer and business attitudes towards transport into Hobart’s city centre.

The School of Business and Economics interns have put together a survey asking people how they get into Hobart, what they do when they’re there, attitudes to car parking and bicycle infrastructure.

To fill out the survey go to: www.surveymonkey.com/r/headingtohobart

For many road cyclists in the north the West Tamar Highway is a familiar run and it’s soon to feel more comfortable as work to widen and seal shoulders begins.

Work has begun on about 10 km of the highway between Margaret Street in Launceston to Legana Park Road in Legana and is due to finish by the end of this year.

The Menzies Study Participation is looking for parents and carers of girls aged 12-18 for research into why they do or don't get into mountain biking and other action sports.

Girls' participation in action sports like mountain biking decline in this age group compared to boys and the researchers want to know why and how we can keep girls engaged.

You can join one of the Hobart focus groups or an online forum wherever you are in the state.

Park it for the Planet rider wins new bike!

Big congratulations to Nathan Wass for pledging his 10 km ride on #parkitforhteplanet day on 26 August because his bicycle school run with his daughters ended up winning him a brand new Jamis Renegade gravel bike!

Rotary is dedicating its fundraising efforts to environmental outcomes and so a new bike to help people cut down on their transport emissions was right up their alley. Apsley River bridge to be improved for cycling

Minister Michael Ferguson has announced a new Apsley River Bridge south of Bicheno will be friendlier to people on bicycles.

As the current bridge has no shoulder and the road on either side has unsealed shoulders, it's good to hear RoadsTas committing to improvements for people riding.

The US-based Global Designing Cities Initiative is producing free street design guides aimed at making it easier for more people to ride and walk, and one of its directors is speaking to Tasmanians in an online forum on 16 September.

Urban designer Skye Duncan is the guest speaker at the City of Hobart and University of Tasmania online forum about how cities are reshaping their streets in response to the COVID-19 pandemic - something yet to happen in Tasmania. 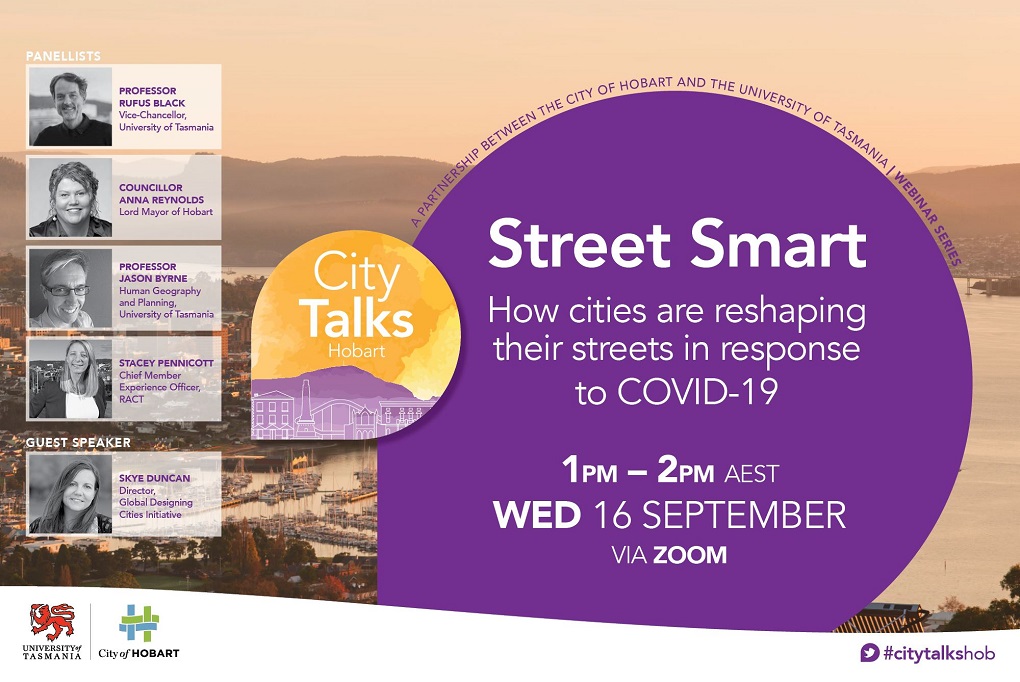