After years of discussion and putative designs, the Department of State Growth has released the design brief for a new Bridgewater Bridge, and a separated cycling and walking path is included.

There are eight design requirements for the bridge, with a 3-metre-wide shared path for people riding and walking being one of them.

The path would be on one side of a new bridge or utilise the existing bridge. This may well be the preferred option to maintain the rail corridor and reduce the cost of building a new bridge.

The Department has released two artist impressions of what a final bridge could look like, one with the existing bridge and one without.

The only other requirement is that the path must be accessible for people with a disability.

The design brief is now open for businesses to put in a proposal, the department will then select two businesses that will compete to come up with a preferred final design. Construction is due to begin in 2022 and finish in 2024.

The master plan for the Devonport Showground residential development has been released and people invited to register for the opportunity to have their say on different elements of the plan.

The master plan is a broad sketch of the site, which places an off-road pedestrian and cycle link running east to west but doesn’t explain to what standard the link/path would be built.

Importantly, it would connect to Lower Madden Street which would then take riders to the Victoria Parade Path, which could then take them to the Devonport City Centre.

It would be worth investigating a north to south link through the site which could then link directly to the city centre via Gunn or Curr streets. 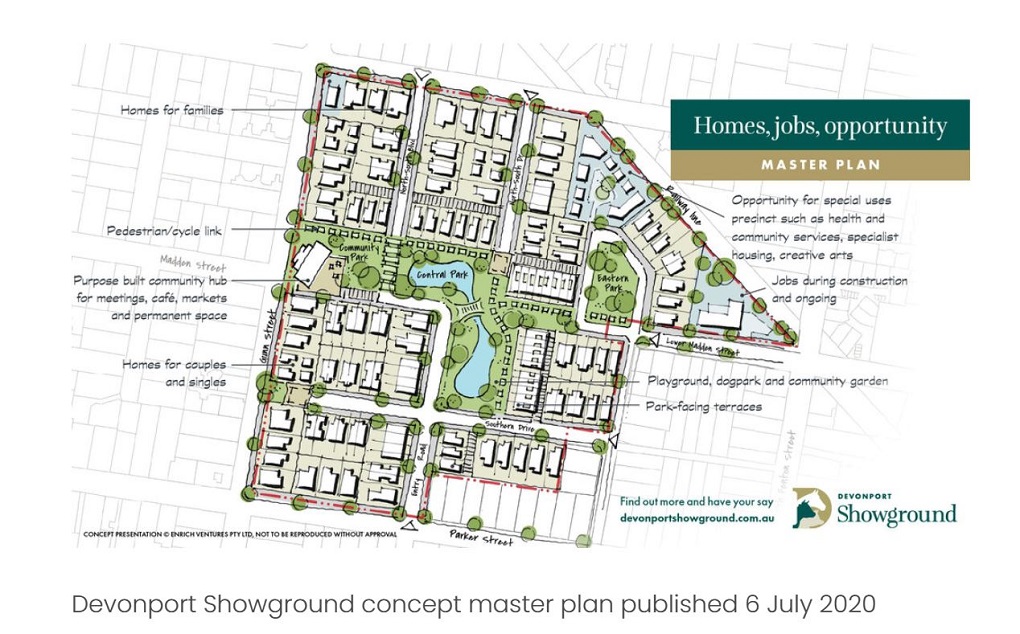 Huon Valley MTBers get together

If you live in or near the Huon Valley and want to work to get more mountain biking opportunities, check out this survey.

It's been put together by local riders to gauge support for a Huon Valley MTB club that can work with landowners to build tracks in the region.

The new Huon Valley MTB Club is planning to have its first meeting on 1 September.

The Department of State Growth has revised its designs for the Sandfly Road–Huon Highway intersection so it now includes dedicated crossing refuges for people walking and riding.

What do you think? You can comment on the online map before 31 July.

The new design has been made possible by a federal government grant and there has been some controversy over the way it has been presented as a “take it or lose it” ultimatum.

Many comments on the website point to the need to lift the highway up and over the crossing, despite the department stating it’s not willing to look at that option.

Use the icons in the top right corner to turn the different layers on and off or see the legend. Zooming in will show you the number of hoops at each location.

For a comprehensive view of all bike parking across greater Hobart, check out the Ride Guide map put together by Bicycle Network volunteers: