As the NSW government works with the City of Sydney to create more space for people to ride bikes in the wake of coronavirus, the Sydney Harbour Bridge ramp is being revisited.

Two years after community opposition sidelined the state government's plan to install lifts at either end of the bridge, transport officials are finalising plans for cycle ramps at the northern and southern ends of the Sydney Harbour Bridge.

Bicycle Network has long been campaigning for a solution to making riders hike 55 steps to access the busy and iconic cycling route.

A 200 metre ramp proposal was shot down by Milsons Point residents who feared it would detract from the heritage and architectural value of the area and ruin their view. 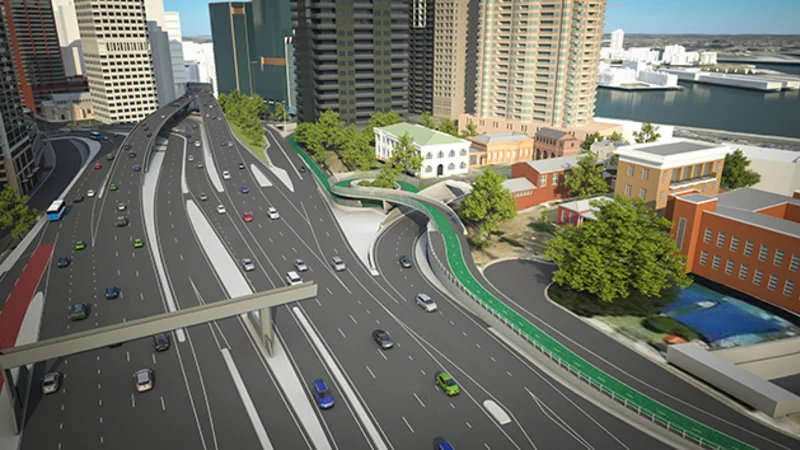 Artist's impression of the 2016 proposed ramp at the southern end of the bridge. CREDIT: NSW GOVERNMENT

Now, a spokesperson for Transport for NSW has said the department is working with local councils and other stakeholders on designs to improve bike access to the bridge, amid a push to create more cycleways as COVID-19 restrictions ease.

"The cycleway access improvements would provide smooth and safe connections to support future growth and cycling use, while reflecting the significant heritage values of the area and architectural qualities of the Sydney Harbour Bridge," the spokesperson said.

The spokesperson also said the department was continuing to develop options for a suitable northern access ramp after strong response from the community to the original proposal. 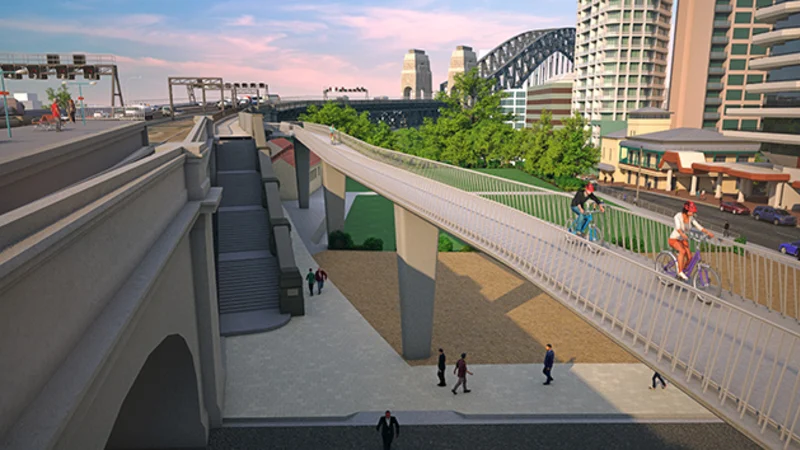 Artist's impression of the 2016 proposed ramp at the northern end of the bridge. CREDIT: NSW GOVERNMENT

Bicycle Network CEO Craig Richards said “more than two years ago we were told that in two years we’d have plans for bike and pedestrian ramps at the Harbour Bridge."

"We shouldn’t have had to wait so long for such a vital upgrade, however the coronavirus bike boom has given us the perfect opportunity to finish the plans and build Harbour Bridge bike ramps."

"Not only would Harbour Bridge bike ramps help people ride to work, it will create jobs, just like when the bridge itself was built during the Great Depression and became known as the iron lung."

Sydney have so far been leading the way in the response to COVID-19 by beginning construction on 10 kilometres of pop-up bike lanes to help ease congestion.