The Tasmanian Government has released a draft master plan for a major new residential development in Huntingfield in the state’s south and is calling for public feedback before 26 June, including on active transport connections.

The master plan demonstrates what so often goes wrong with new development that is not guided by an overarching council plan for active transport.

Residential developments become islands within a sea of developments, with few if any safe active transport links between them or connecting them to major attractors such as shopping centres, schools and recreational opportunities across the broader area.

It’s great to see a shared path has been included within the development to get people around safely on bikes and foot, but there is no mention of how the development connects to the broader Kingborough area for people wanting to ride or walk.

The development of the land has been controversial as the Tasmanian Government pushed the rezoning through parliament in 2019, bypassing normal council planning processes. There has also been criticism levelled at the government for planning such a high-density development without commitments to improve infrastructure and services in the area.

The Huntingfield site is perfectly located to create riding and walking paths to major attractors in the area.

The Kingston shopping centre and Blackmans Bay local shops are both about 3–4 kilometres from the proposed development, and both have primary schools in the town centres.

Huntingfield also has a few schools but they are non-government, and with 15% of the development being set aside for affordable and social housing there will be demand for government schools.

This 3–4 km distance is perfect for riding for transport as it transforms a 45-minute walk to a 10–15-minute bike ride. 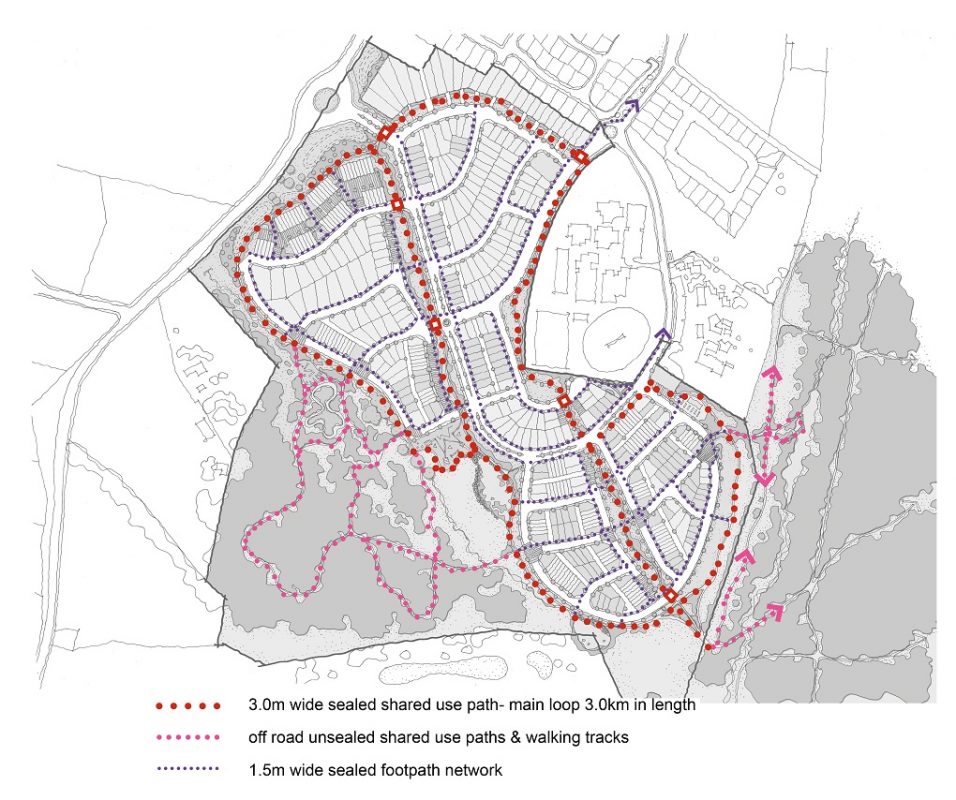 Kingborough Council does not have an up-to-date bike plan, despite the rapid growth of housing development in the municipality and multitude of schools.

The obvious links for Huntingfield to Kingston and Blackmans Bay are along Coffee Creek–Channel Highway and Algona Road respectively.

The Coffee Creek fire trail through the Peter Murrell Reserve and up through the Huntingfield industrial estate was identified as a site for investigation of a shared path in the Tasmanian Government’s recent Margate to Kingston corridor study. Once at the roundabout the path could also link across to the Channel Highway.

Channel Highway’s road reservation between Huntingfield and Kingston is very wide for a two-lane local road and there’s ample space for either a bi-directional separated cycleway on the western side of the road or possibly separated cycleways on both sides of the road.

Algona Road’s road reservation is also wide, with land available to build a wide shared path alongside the road for cycling and walking.

Neither connection is mentioned in the Huntingfield master plan even though both would provide residents of all ages and abilities the means to get to shops, services, schools and main Kingston bus hub.

What would improve the master plan