The City of Hobart has thrown open it’s Central Precincts Plan project to the public for their ideas and input.

The city and the state government embarked on the precincts plan process in the wake of the Hobart City Deal to create a shared plan for the future of Hobart’s city area between Davey Street in the south, Burnett Street in the north, the Brooker Highway in the east and Molle–Harrington streets in the west.

Development in Hobart has been ramping up over the past few years and residential and student housing is becoming a key part of the mix.

The plan will look at the best locations for this type of housing out to 2041, but also how these thousands of extra residents will get in, around and out of central Hobart. 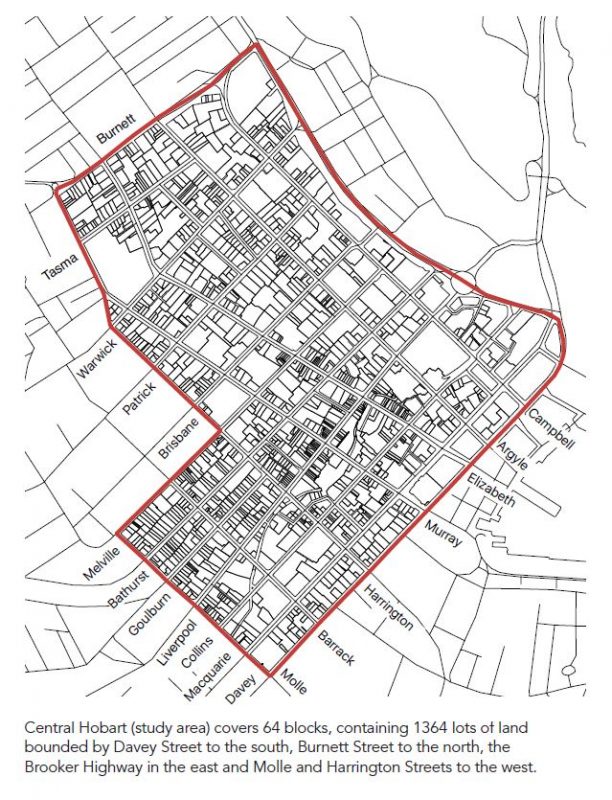 There is also a projected expansion of office space, which will again entail getting thousands more people in and out of Hobart’s centre by 2041

The plan’s objectives include to:

There is a key role for a separated cycleways network to play in achieving these objectives, but it requires the politicians at state and local level to reorganise identified streets to remove the priority for on-street parking in favour of bicycle riding.

A chapter on transport in the Baseline Report that has been released for consultation acknowledges the lack of a “clear, safe urban bike riding networking” in the precinct and how that discourages many people who genuinely want to ride bikes.

It also points to the way the one-way street system adds distance to journeys for bike riders and those streets can encourage higher traffic speeds, which may deter some people from riding.

Bicycle Network would expect the establishment of a separated cycleways network through the city precinct to be included in any draft and final plan.

If you don’t have Hobart visioning consultation fatigue, you can get along to one of the community workshops at Hadleys Hotel on but please RSVP first so they can cater for the numbers:

Or you can fill out the online survey which will be open until 9 April.

The next stage of the process will be the release of a discussion paper mid this year, a draft plan by later this year and a final plan by the end of the year.