It’s almost hard to believe that another year has passed us by, and another decade has come to an end.

As our mind shifts to the potential of a new bike this Christmas and the new rides we'll take, we thought we’d take the opportunity to reflect on a year of fighting for the rights of bike riders and campaigning for better bike riding conditions.

When it comes to our advocacy, our team worked tirelessly throughout the year with all levels of government to help make it easier for more people off all ages to ride.

We know that there’s no single approach to reducing risk for people who ride.

That’s why in 2019 we campaigned for better separated infrastructure, speed reduction, a safe systems approach, supportive legislation and programs that present bike riding as a normal everyday activity.

Thanks to the ongoing support of our nearly 50,000 members, we've had a big year campaigning for people who ride bikes. Here's just a small snapshot of some of the major campaigns we worked on in 2019.

We can’t wait to see what 2020 has in store and look forward to encouraging, supporting and enabling even more people to get pedalling through our campaigns.

The wheel of bike advocacy

Each spoke in our advocacy wheel plays an important part in making it easier for more people of all ages, backgrounds and abilities to ride.

Learn more about our general advocacy strategy from our CEO Craig Richards. 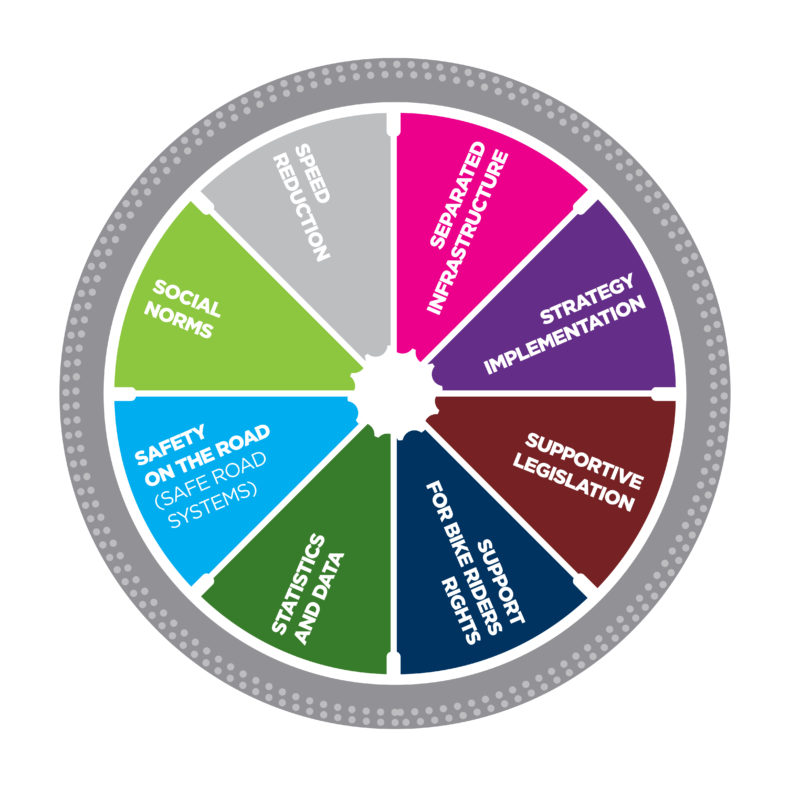