Genuine public consultation and data collection are key to getting a separated cycleway up and running, the August Bike Futures forums in Hobart and Launceston heard.

City of Greater Geelong Transport Coordinator, Jarrod Malone, imparted the important lesson during his presentation on planning for the two Better Connections connections to improve transport cycling options in the city.

The western link corridor which takes in Malop Street through the city has begun construction, and the southern link cycling corridor has recently received approval from the council and includes the city’s Gheringhap Street.

Like Hobart and Launceston, Geelong has a car-centred culture which can make it difficult to convince people to try other transport options.

For people who are travelling 2–4 kilometres into the city centre a staggering 83% drive their cars, for 4–6 kilometre journeys it’s 92%.

With this data in hand the city knew if it built the infrastructure then there were plenty of people driving short distances who may decide to ride instead.

The other important data collected was about use of on-street parking.

When planning the High Street section of the corridor in Belmont, businesses complained about removal of on-street car parks. However, the City surveyed all the available on- and off-street car parking in the area and found that during weekdays only 66% were occupied at peak times and that dropped to 49% on Saturdays. 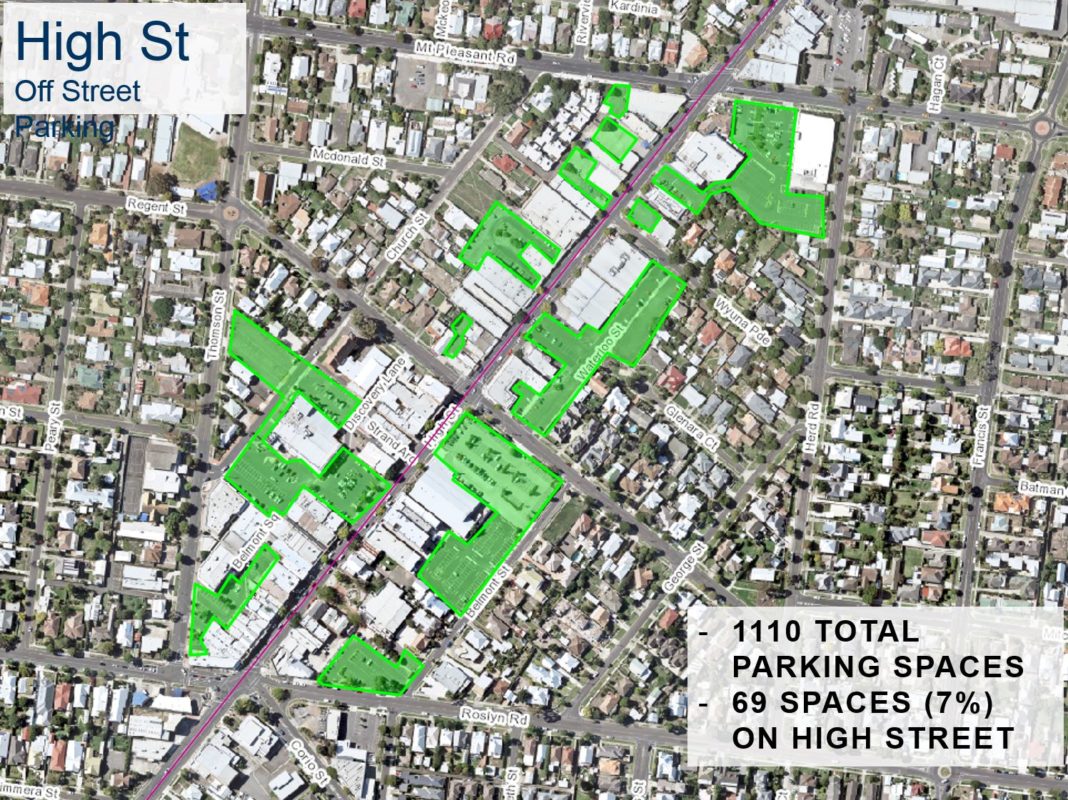 The City also surveyed shoppers and found 25% had not arrived by car and of those who had, 89% said they were happy to park in off-street parking, 6% were confused by the question and 5% said they wouldn’t park off-street.

The Moorabool section of the southern link corridor was another area where businesses did not want car parks in front of their shops removed because they believed their customers relied on them.

The City observed the car parking in the area for a few days and found that of the 41 all-day car parks 87% had no turnover. Even so, it addressed businesses’ concerns by formalising an informal parking area, which increased the number of available car parks, and creating a few more parks in side streets.

As well as providing good evidence for decision-makers, involving the community in key decisions can also build support for separated cycleways.

The City of Geelong used one block of Malop Street as a test for the rest of the corridors. People were invited to help shape the street, firstly through on-ground activities like painting pedestrian crossings and shaping green spaces, but then through providing ideas.

The City opened a shopfront on the street and people were invited to go in and comment on existing ideas as well as providing their own. That resulted in support for separated cycleways as well as a strong desire for many more street trees and plants.

Having the one-block test site helped the City to learn a few lessons about design, and refine it for further lanes.

The other important public consultation was for High Street Belmont, which was the strip that business owners didn’t want to see any car parking disappear. 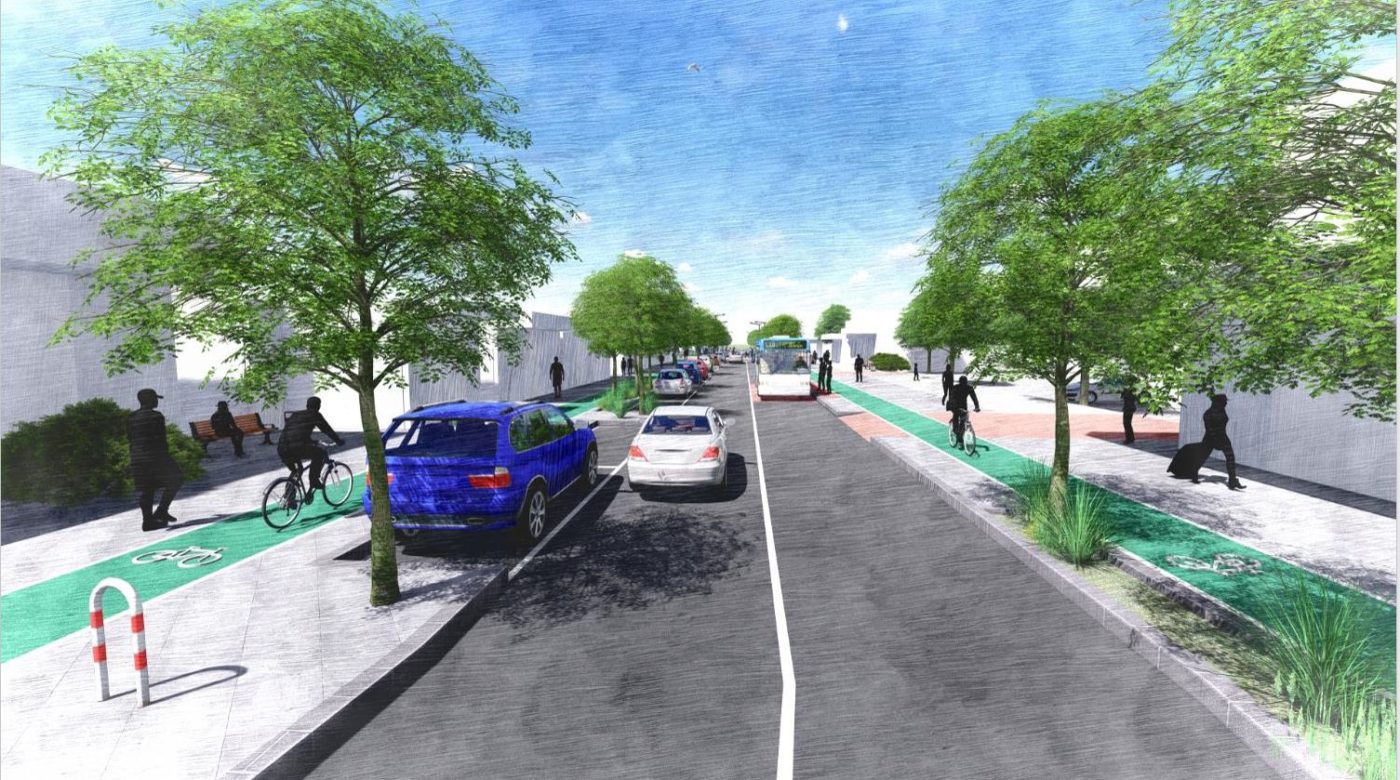 Designs for four different options for the streetscape were released to the public, and 63% of respondents favoured designs with separated cycleways. The City used a variety of methods to reach people to fill out the survey, including pop-up booths on the street, trader sessions, community update newsletters, social media, direct mail to residents, newspaper advertising and billboards.

Geelong’s Better Connections corridors have been helped out by a $4.7 million grant through the Victorian Transport Accident Commission.