Riding trails in Melbourne’s east could get a whole lot better following the completion of a strategy to guide the future developmentof new and existing trails in the region.

The Eastern Trails Strategy establishes the shortcomings and opportunities for improvements, and provides a systematic approach for councils to follow in funding the expansion of the network.

The 137-page document is comprehensive and thorough and well worth a read by trails enthusiasts.

Councils and the state government no longer have excuses to dither, and should be getting on with investigating the feasibility of, planning for, constructing and maintaining these important assets.

Trails have long been a vital recreational asset across Melbourne, proving the opportunity for healthy physical activity by the full cross-section of society.

Now, with bike commuting rising rapidly in popularity, many trails are playing an important transport role, aiding the economy in addition to community well-being.

The eastern strategy is one of several that have been developed around metropolitan Melbourne in recent years, where the government and councils have worked to become more coordinated and effective in the development of a Melbourne-wide network of trails for bikes and walkers.

The document defines regional trails are those "shared trails that accommodate multiple potential user groups (particularly pedestrians and cyclists), are mostly off-road, have a relatively long and continuous length and have a regional scale, purpose and/or impact." 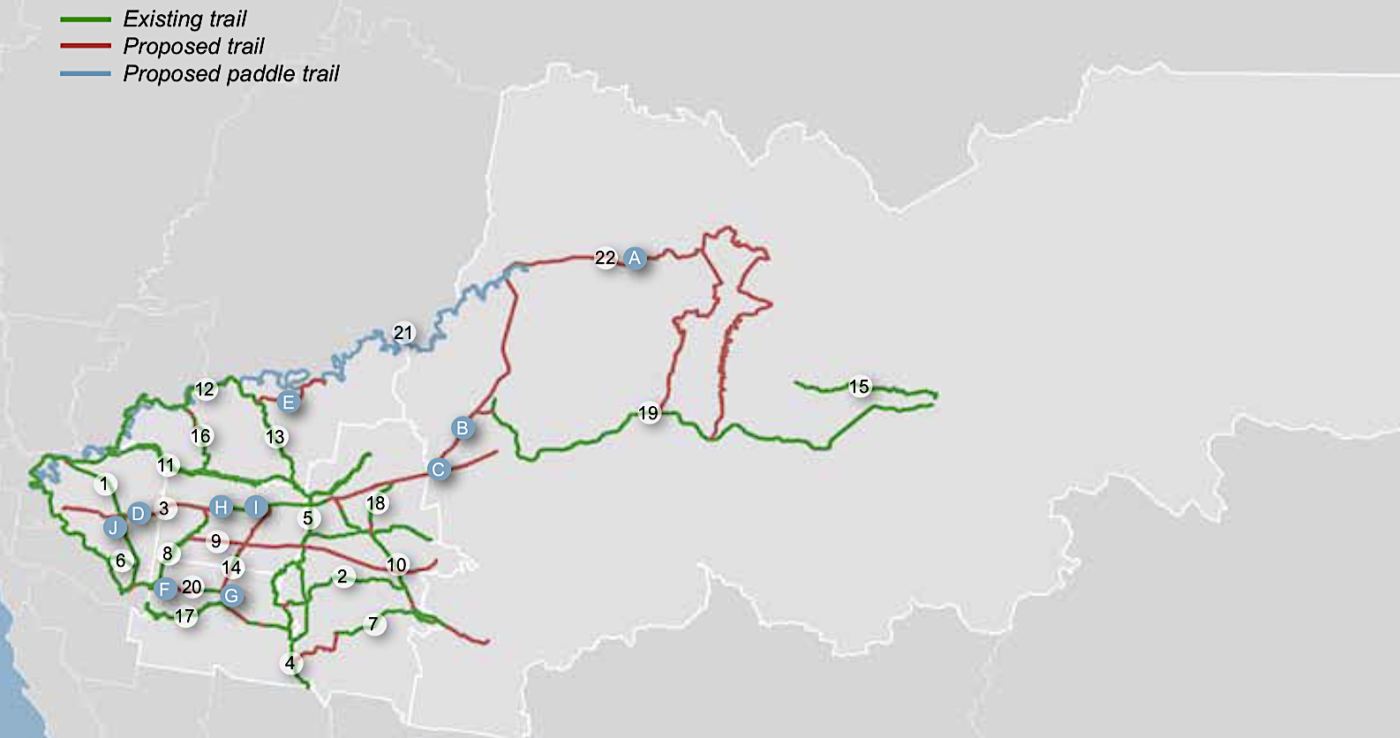 Twenty-two existing or potential trails were identified and assessed as a part of this study, undertaken by consultants Fitzgerald Frisby Landscape Architecture.

"The assessment of the existing trails involved ‘auditing’ them by riding their length. This allowed accurate mapping of them to occur, as well as allowing observations to be made about the trail use experience across the regional trail network,” the strategy says.

"The majority of the regional trails identified already exist, although more than half of these existing trails have incomplete sections.

"Regional trails provide a range of benefits to the community, including social, health, environmental, and economic/tourism. This study provides a summary of these benefits that can be used to support business cases for regional trail network improvements."

The study included a community engagement process, centred around an online questionnaire that attracted almost 700 responses.

The relevant councils have already convened one joint meeting to plan their next move.

Melbourne riders will surely be interested in the outcomes, and would no doubt be keen to lend a helping hand when the funding taps need turning.