Construction for the enormous project started back in 2017, with the multi-story bicycle parking hub located below Utrecht Centraal Railway Station set for completion later this year. 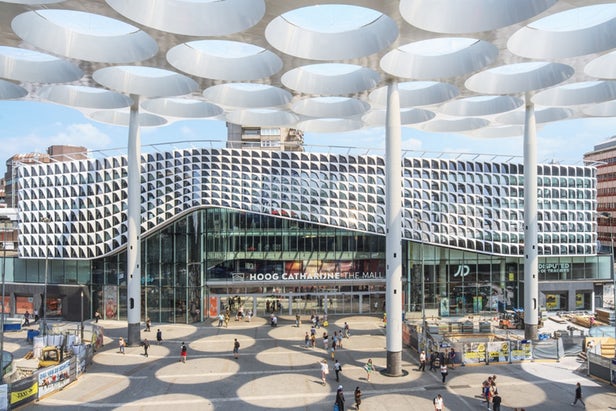 Rotterdam-based studio Ector Hoogstad Architects is behind the innovative creation, which manages the flow of both pedestrians and cyclists and caters for a world record capacity of over 12,500 bikes. "Historically, the Dutch have always been fervent cyclists," says Ector Hoogstad Architects. "This enthusiasm is now growing even further as cycling is being discovered as a key ingredient of the sustainable city."

"The environment is one of the development's starting points: the bike-park is built to seduce more inhabitants and commuters to use bicycles and public transport instead of cars," says the firm.

"This behavioral change reduces CO2 emissions by up to 95 percent. Utrecht profits in many ways: a better public space with a spectacular bike-parking and moreover space for commercial development."

Similar to modern car parks, a digital system will alert bike riders to available parking spots. Uses can pay for the bike parking by scanning their public transport pass to save time and the facility will have plenty of staff on hand to assist cyclists if needed. There will also be a bike repair shop and bicycle rental outlet available.

But the architects explain that "the building is more than just infrastructure."

"It adds an exciting and surprising architectural dimension to the city. Cycling through the garage has become a unique experience; not just another part of everyday life in the city, but almost an attraction in its own right." 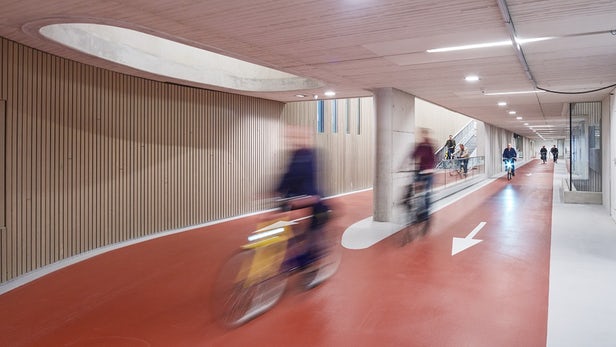 The layout allows bike riders to ride straight into the facility, with cleverly designed lanes weaving in and out to accommodate efficient entry and exit in both directions.

The overall concept and design of the facility hopes to invite more people to ride bikes as their main form of transport, further reducing the city's CO2 emissions.

This video shows how the facility will work:

No block ID is set