Yet again a rider has come to grief hitting a bollard on a trail, an entirely foreseeable outcome of an outdated and dangerous practice.

Andrew Neocli suffered three broken bones in his wrist and facial injuries when he collided with the bollard on the busy Upfield bike path in Melbourne's north.

By the look of the offending bollard, it has been struck on numerous occasions, with most of the paint now scraped off. It has since been replaced. 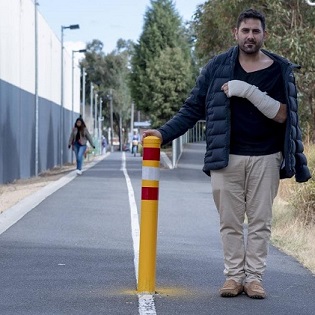 The incident occurred at a time when the once common bollards are on the way to near-extinction. Some says this is the last remaining bollard on the Upfield route.

Councils and other land managers have been gradually removing them in recent years because of the injury hazard they create.

They were used because they are recommended in various engineering guidelines, many written one or more decades ago.

The purpose of the devices is to prevent motor vehicles getting on to paths where they can be a threat to riders, and a menace to infrastructure, especially bridges. 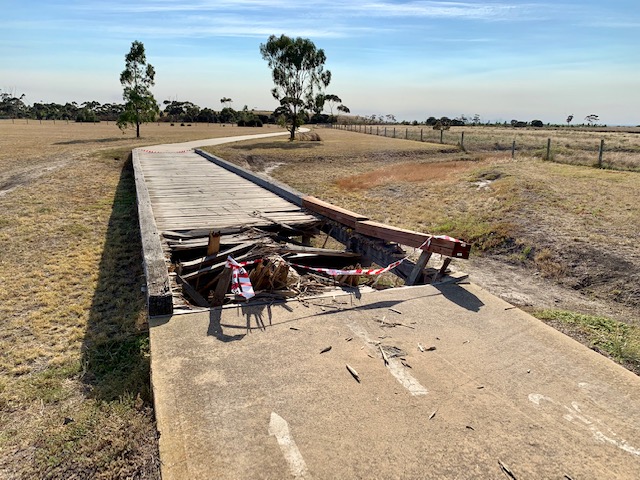 A wooden bridge on the Bay Trail destroyed by a car.

However, they have proved to be problematic.

Secondly, on busy paths, the rider in front can totally obscure the bollard from a rider behind. If the following rider moves to pass they can ride straight into the unsighted obstacle. This happens regularly.

Another problem is that visibility of the bollard is reduced in certain light conditions. Although reflective material is often fitted, a round bollard does not assist with retro-reflectivity: not much of the beam from your bike light gets reflected back to you.

So, bollards should be avoided in almost all circumstances.

The best alternative is low splitter islands, where the path is divided into two, one in each direction, for a short distance. These work well when maintenance vehicle access is required as trucks have clearance to pass above them.

If for some reason a bollard must be used, a recent innovation is the use of the extra height bollard, visible from a greater distance, and less likely to be obscured by the rider ahead of you.

An essential must have is line marking that alerts the rider to the presence of the bollard, and guides them around it. 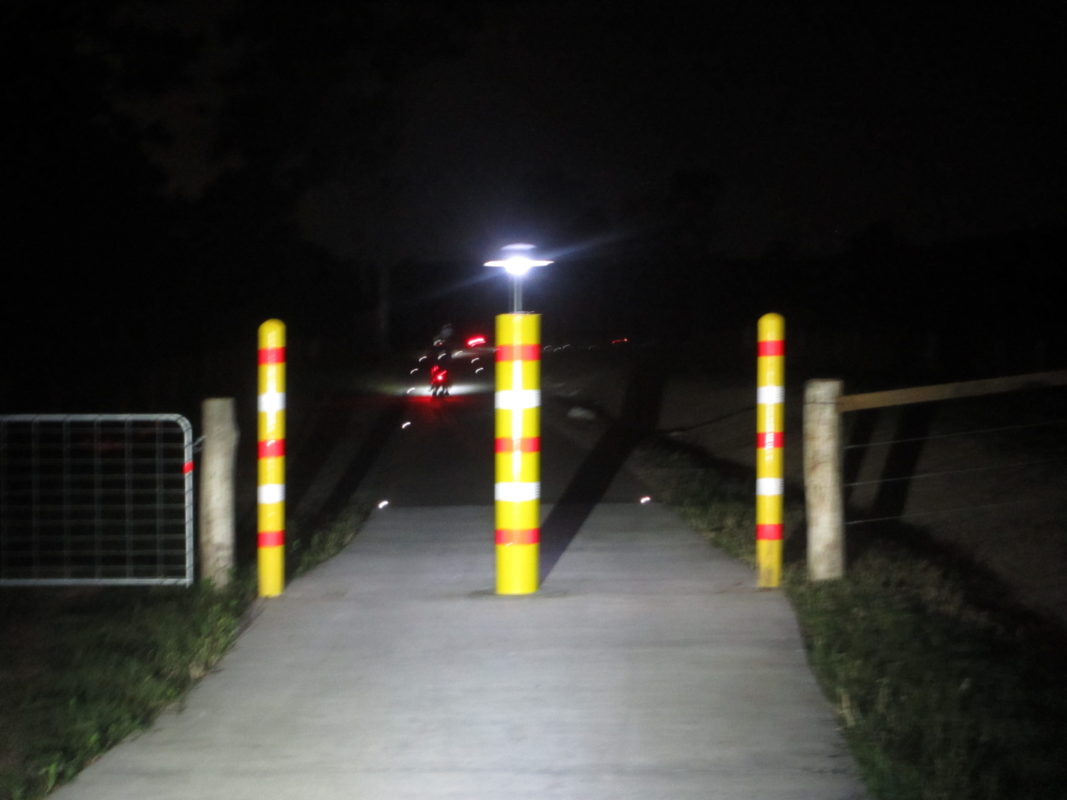 A tall bollard with improved visibility. 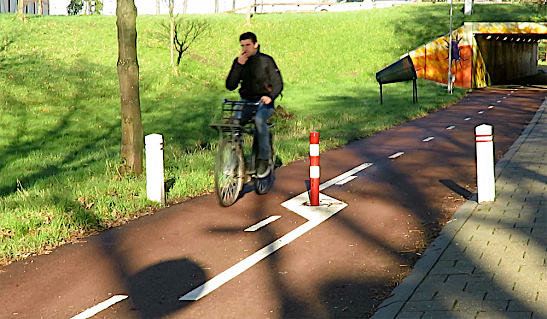 A bollard with line markings directing bike riders around it.

Header image by Andy Brownbill and published in the Moreland Leader.