Conditions turned out to be near perfect for me – about 11°C at the top and no more than about 27°C all day, with about 22°C went I went through Omeo.

After a decent descent to Beauty, I got on a small group for Tawonga. They were going a little faster than I wanted, however I reckoned that it was enough to form a large train which would motor between Germantown and Harrietville. I was right! After surviving the twisty crash-prone descent from Tawonga, by Harrietville we had over 100 in the bunch and I was averaging 35km/h.

The ride plan I was working to was to not stop at Harrietville and instead get fluid at Stockland Gate which is over half way up Hotham. In the event, with only another 12km of 30km of Hotham to do, when I passed Stockland Gate I judged I had enough fluid to get to the top, which turned out to be the case. Going up Hotham it was the usual grind of course, but with the wind behind me from Hotham to Dinner plain I seemed to make good progress. Just to note that I deliberately didn’t have the top tube timing sticker - my eyesight is not good enough anymore to read it without specs!

After a quick turnaround at Dinner Plain I was getting ready to go, and it was being announced that the “official” 9 hour crew was also getting ready to leave. I could have waited for them, or gone by myself, but I saw a different big bunch getting ready to leave, so I finished my apricot jam sandwich (miracle food!) and we all rolled out. Legs felt OK. Correct decision big time!

We flew to Omeo with the ~40km being dispatched in about an hour. Originally I planned to get water at Omeo, however because the temperature was so low (for Omeo), I rolled through. Then we had my least favourite sector of the whole ride, yes I like this even less than WTF and BOF!

From Omeo there’s that looooong drag uphill and the wind was against us, so no-one wanted to be on the front and do any work. Muggins here ended up doing a bit too much on the front. Although the riding was boring, one enlivening occurrence was noticing that the bidon on my downtube was a bit wobbly. On investigating I found the cage bolts were loose. Oh no, don’t want to lose a bottle! I hoped that putting the near empty bottle in that wobbly one, and the much fuller one on the seat tube would be enough to for it to not fall off. Fingers crossed I could find some tools at Anglers.

Helpfully my feet decided to distract me from that by getting massive "hot foot", so arriving at Anglers couldn’t come a moment too soon. Soon after we arrived, the 9 hour crew arrived, about 100 strong. So I knew I was there or thereabouts in terms of 9 hour timing.

Finding someone to help with the minor mechanical took a few minutes, and then I had to sit down and take my shoes off to massage my feet. Oh that was bliss, but since the previous 3 goes up WTF and BOF had both been wracked with cramps and had taken about an hour too long, I could sense the minutes draining away...

While sitting on the pub bench, I made the best of it by taking 2 paracetamol, 2 magnesium and 2 tumeric, all to try to avoid the cramps. Not having tried this before, I was not confident of it working at all, and basically at this point I really thought I’d blown the chance of going sub 9.

Got the shoes back on, glugged about ¾ litre of water and was about ready to leave. There was no-one there! The large bunch I’d been in... gone. The 9 hour crew gone as well. Quick, back on the bike, eat the second apricot jam sarnie on the way to WTF! I passed about 3 or 4 riders, and also had a truly scary moment… the wind was getting strong and gusty, and riding one handed since the other was stuffing sarnie into gob, suddenly a huge gust turned the front wheel about 60 degrees. Still don’t know how I stayed upright.

At WTF I was hoping that somehow I was still inside the 9 hour pace, but I didn’t really know - I’d made a miscalculation with my start time - usually a 6.45 start it was delayed due to gravel on the decent to Beauty and with 200km in the legs I couldn’t remember exactly when I had passed the start line. I remember thinking that whatever the time I got I was just going to give it the best I could. And anyway, I was sure that cramps and walking awaited me. Maybe the best I could hope for was a sub 10?

Slowing down and changing to the small ring at WFT is like dropping out of warp speed - you go from about 35kph to about 10kph in only a few seconds. Swinging round the corner, the legs felt surprisingly OK, even as I had to push 350W at about 70rpm to tackle the 14% incline.

About 3 minutes later I’d done the really steep bit and when moving onto the “flatter” bit at only 8% or so, tried not to push my luck by thinking something stupid like “no cramps”! Instead I kept saying to myself, like Nemo, “just keep spinning”, and that was how I got up the remainder of the “flatter” bit. 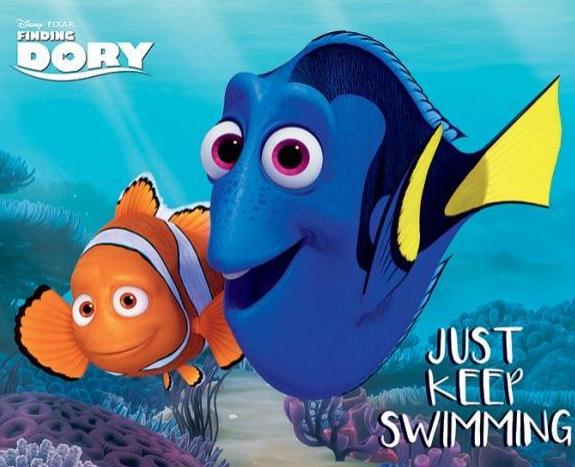 With the success of the apricot jam sarnie at Dinner Plain, and now at WTF Corner I found myself thinking WTF is in apricot jam??

Going up the back of Falls I passed a few riders including a couple of the 9 hour guides. Seemed I was rolling OK. On asking one how she was, I was told I could get a good time. Hmmm could there be hope…?

The little drop to Trapyard came up sooner than I thought, phew! Did another fluid audit and decided to not stop. Not least because I'm not very keen on coke. From Trapyard to Falls Creek and it’s a 24km war of attrition with a further 300m of climbing to fight, plus the wind. I was still convinced that I wasn’t going to go sub 9, but was still going to try the hardest I could to get the best time I could.

Over Mount Cope, and going around the lake there was no part of me that wasn’t hurting like hell. 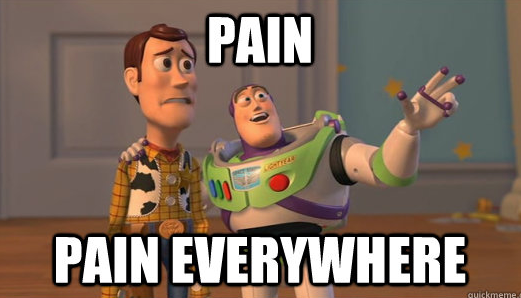 The hot foot was back, arms were hurting, back was hurting. As Buzz Lightyear might say “pain, pain everywhere.”

The wind was getting even stronger and gustyer, and going around one left hander in particular there was big gust from the left, so strong that it kept pushing me upright…

I couldn’t turn left! I feared if I lent too far and the wind dropped suddenly I’d have an “off”, Somehow made it around that corner, and still pushing pushing pushing I looked at my watch, saw it was about 3:40pm, and started to think that maybe just maybe I might go under the 9 hours.

Then I was at the damn wall and knew that as long as I didn’t crash, a sub 9 was mine! Slowing for that culvert/ditch thing by the cop shop, I swung left and through the start/finish. There was no smiling or punching the air, all there was was hurt, lots of hurt.

And then the magic moment… the printout showed 8:47… I had done it, and by some margin!

After getting my jersey I saw some folks I knew and went over to sit on the ground. After taking care of the bike (first things first right?) I was unable to sit down properly, just didn’t have enough control of my legs. After a few moments I sort of folded/collapsed onto the ground and took off my shoes and socks.

Someone offered me a beer, but I didn’t feel like it at all. After a few minutes I felt I might have regained enough leg control to trying the walking thing, so I made my way to the accommodation where I had 3 or 4 cups of tea on the trot. 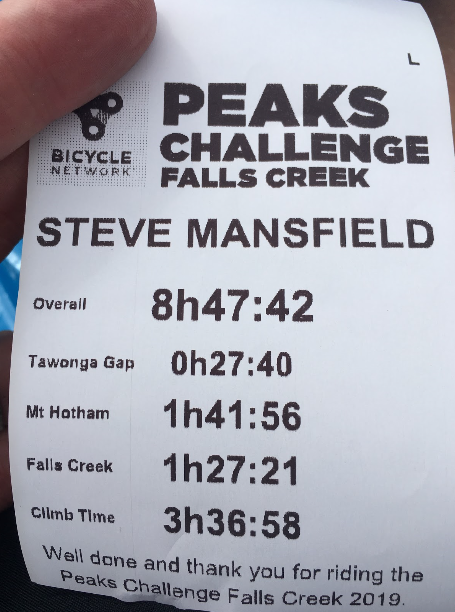