If you missed some of our great Bike Week activities this year, here's a snapshot of what went on around the state.

It hasn't set the world on fire yet, but our new Pedal Power e-bike scheme was launched during Bike Week and has had it's first taker.

The program is open to Bicycle Network members to go for a ride on one of our office e-bikes with an experienced e-bike rider to help answer your questions.

Susan tried out the Kalkhoff compact with Jack during Bike Week and got the chance to try it out on the Rivulet path and West Hobart's hills. The Tasmanian branch of the Australian Electric Vehicle Association held an expo of electric vehicles at the Hobart showgrounds on 2 March and we were there showing off e-bikes.

A hardy group of e-bike volunteers headed out in the 39 degree heat to take part in the show'n'tell and to give people a ride on their bikes.

HO FM and Channel 7 were there and we got a journalist and presenter on e-bikes and they were both impressed by the experience. 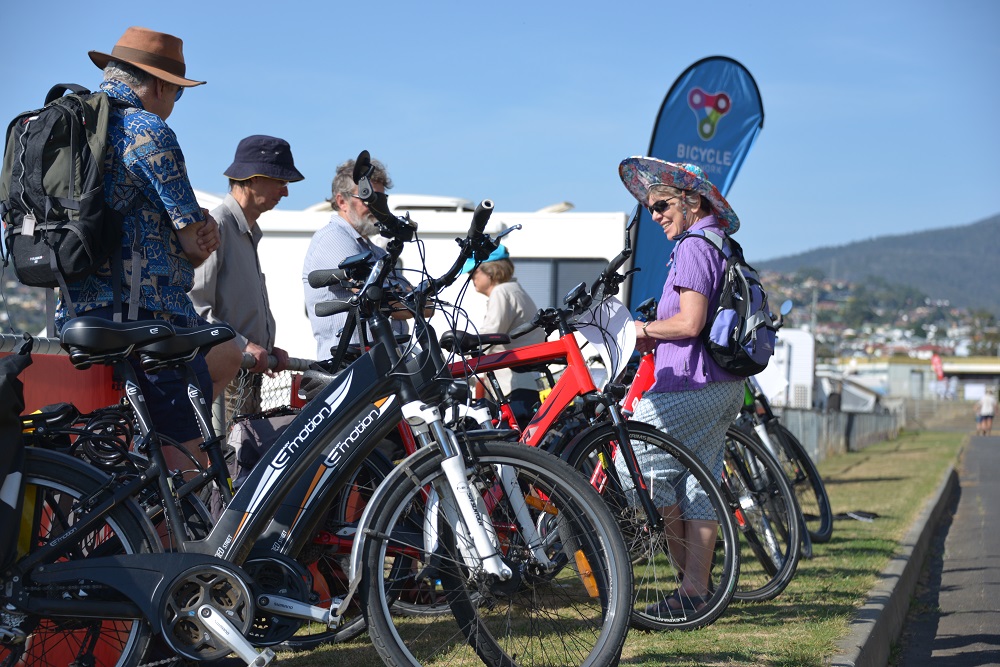 We had a great turnout at Peter Murrell Reserve in Huntingfield on 3 March with close to 80 people taking part in the hunt.

The event is organised and run by volunteers Richard and Ruth Langman, Rob Sheers and Patsy Jones and sponsored by Kingborough Council.

An article in the Sunday Mercury also helped promote the event.

Also on 3 March was the Women on Wheels ride, this time heading out of Sorell after several years at Howrah, organised by volunteer Dorothy McCarthy and sponsored by Ken Self cycles.

Numbers were down on the previous year's ride but those who did attend braved some showers for a 12km ride on paths and quiet roads around Orielton Lagoon.

Next year is the 20th Women on Wheels and we want to put some time and energy into making it a big deal. If you are interested in volunteering to put the event together, contact ridestas@bicyclenetwork.com.au. As well as Women on Wheels our social ride leaders conducted several free rides along the Pipeline Track, Margate to Snug path and the Intercity Cycleway.

Due to poor weather our Pipeline by Night ride was rescheduled to Wednesday 20 March. If you are interested in taking part please RSVP.

We provided bicycle valet parking at the Wellness Expo held in Hobart at PW1.

The extremely hot day meant bike riding numbers were down, but we had a great position in the forecourt and used it to promote our Bike Week competition and Try an E-bike program. 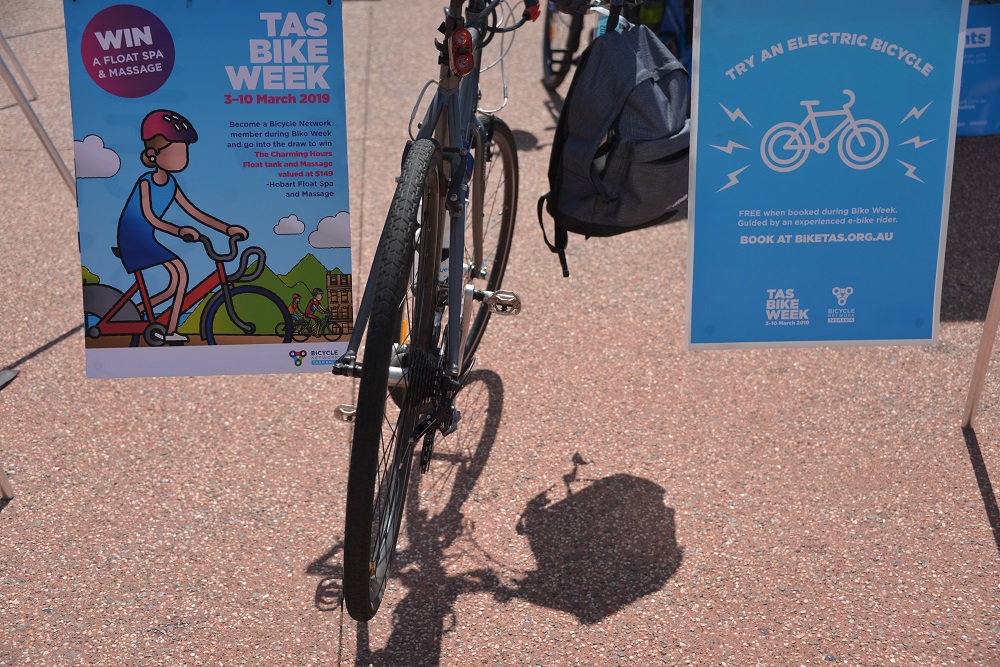 Up in Burnie our volunteers Keith Price and Roger Nichol encouraged people to dig through their sheds and get their old bikes out for a check-up and ride.

West Coast Cycles provided free checkups before the group rode down to the yacht club for prizes and coffee.

Our northern cycling friends at the Tamara Bicycle Users Group organised a suite of activities for Bike Week including a film night showing the Bikes of Wrath, a forum about getting more people into the city with UTAS, City Prom, Bicycle Network and the City of Launceston, a night ride and community ride and a pop-up shop in the Centreway Arcade. 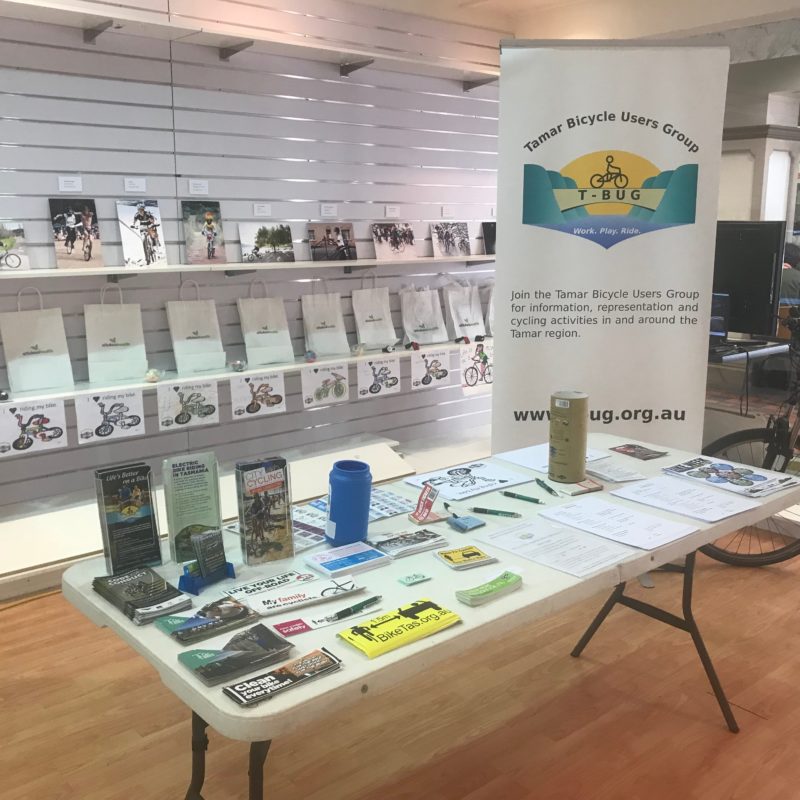