A recent article in the Herald Sun highlighted a Melbourne primary school’s parking woes during drop-off and pick-up time that have reached crisis level.

Around 750 parents from Oakleigh South Primary School are battling for space in an extended gravel parking area described by some parents as a “ticking time bomb.”

“Not a day goes by that you don’t see one near-miss or a car reverse into another car,” said mother of two, Shona Elford. 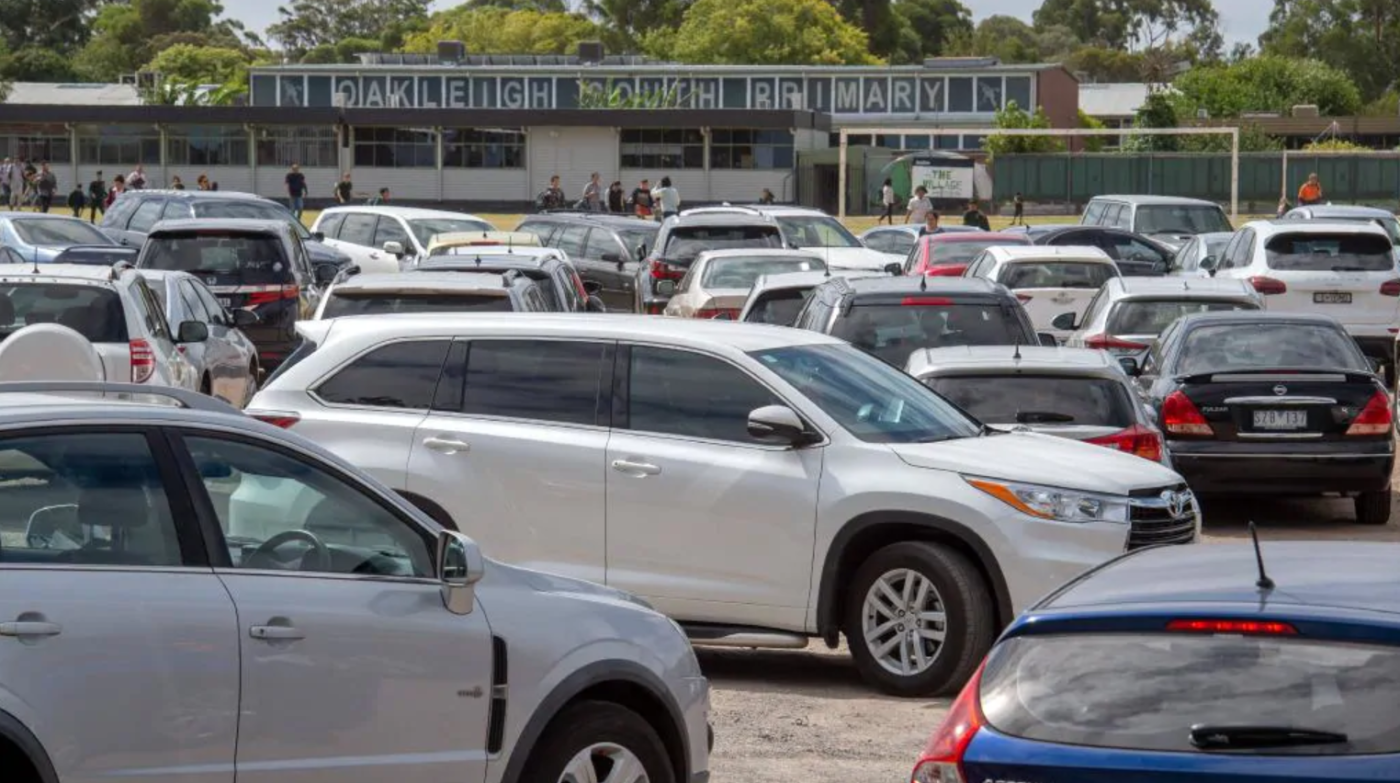 On top of no-stopping zones enforced outside the school and on one side of nearby streets during peak times, and extended permit zones to include Saturdays when students flock for extra-curricular activities, parents are demanding a 200-space carpark be built as they become ­increasingly concerned about children’s safety.

In light of these safety concerns, Bicycle Network’s Ride2School program is hoping to find a solution by engaging with the local community to discuss active transport.

Their research shows that diversifying the mode of transport children take to school can have significant impact on reducing congestion during peak pick-up and drop-off times.

With a number of tools at their disposal, including:

ActivePaths – where designated clear, safe and popular routes to ride, walk or skate to school are identified in conjunction with the local council and school community, and wayfinding signage is installed along those routes.

ActiveMaps – local area maps that identify the best walking and riding routes to school within a five to ten minute zone, and include part-way drop off points for families living outside the walk zone.

ActiveStudies – designed to identify current behaviours in a school community, and understand attitudes towards riding, walking, scooting and skating to school, in order to help overcome common barriers.

Bike Education – where the fully qualified Ride2School team head to schools to teach them how to be safe and smart on a bike, and get them excited to jump on the saddle.

The Ride2School team have had great success using these tools to help many school communities overcome similar congestion issues to Oakleigh South Primary School – with the added bonus of promoting a more healthy and happy lifestyle for the students.

They are reaching out to Oakleigh South to offer their assistance in overcoming their congestion crisis.