A parking upgrade plan for Merlynston Station in Melbourne’s north that includes a new Parkiteer cage and completion of the missing section of the Upfield bike path along Bain Avenue has been announced by the Labor state government.

The project is part of the $150 million Carparks for Commuters Fund which will also include up to 355 new and upgraded car parks, lighting and CCTV.

Improvements to the Upfield Path were announced as part of the 2017/18 Victorian budget which will see it ultimately extended as far as the Ring Road.

Merlynston will follow a swag of other metro and regional railway stations in getting new and upgraded Parkiteer cages, including: 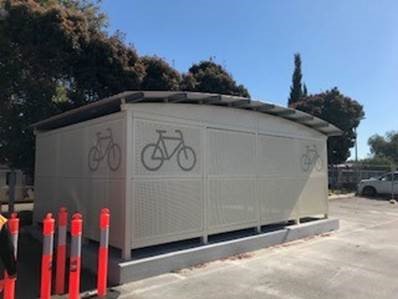 In addition to this, bike cages at Carnegie, Murumbeena, Hughesdale and Clayton are due to come online in approximately two to three weeks.