Albert Park was today christened as the new home of United Energy Around the Bay with smiles and sunshine.

10,000 riders set off from the start line at the new site from 5:30am, with riders tackling the new 300km route leading the way.

The switch to daylight savings overnight meant it was still dark and cool as many riders began, but the sun rose and a beautiful day was revealed before the 50km and 20km riders started.

A lap of Albert Park was first up for riders as they began, just one of the improvements offered by the new site and start line.

By the time long distance riders had began catching ferries and rest stops at Williamstown and Elwood were reached by shorter distance riders, the warm weather was in full swing.

It was seemingly impossible that it was the same event that was terrorised by manic winds two years ago.

20km and 50km riders were some of the first to finish and help kick the new event village into gear.

With Albert Park lake and the city skyline a lovely backdrop, riders relaxed and recharged with help from United Energy, were entertained with live music, and as more finished, kept spokes bar and food trucks busy. 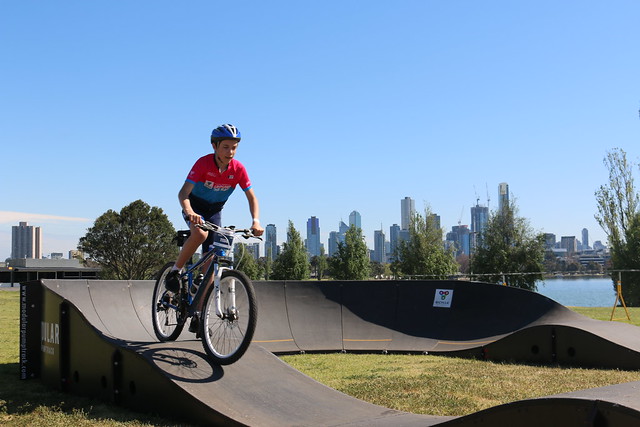 As the afternoon went on, the longer distance riders began to feel the heat.

However, with the help of volunteers at rest stops and supplies of food, water and Gatorade, most were able to make it through to the end and refresh with an ice cream, soft drink or beer.

Bicycle Network CEO Craig Richards said it was great to see so many new and old faces join in a great day.

"Around the Bay is an iconic event that continues to evolve," said Mr Richards.

"Today we saw seasoned Around the Bay riders tackle 300 kilometres as well as children and families take part in their first big bike ride."

The event village began to quieten down after 4:00pm, however the finish line was still in full swing as friends, families and supporters cheered on the final finishers who kept pushing through to achieve their goal.

Due to some last minute entries over the weekend and high demand, some riders missed out on a finishers medal.

Bicycle Network will contact riders who didn't get a medal when we receive a new batch. Those riders were still acknowledged and rewarded with a drink voucher on the day, however.

Some photos from the event are now available here on Flickr.

We'd also love to see your snaps from the ride. Share your photos using #AroundtheBay and tag @Bicycle_Network.

You can also show your friends and family how you went with our live event timing. Click here to see the list of results.

Help us break the cycle of disadvantage

United Energy Around the Bay saw a number of corporate teams and riders raise money for The Smith Family to help us reach the fundraising goal of $600,000.

We're well on the way to reaching the goal, and donations are still being taken. Visit aroundthebayfundraising.com.au now to help us hit $600,000.

Bicycle Network would like to thank everyone who made United Energy Around the Bay possible including riders, volunteers, partners and local councils. 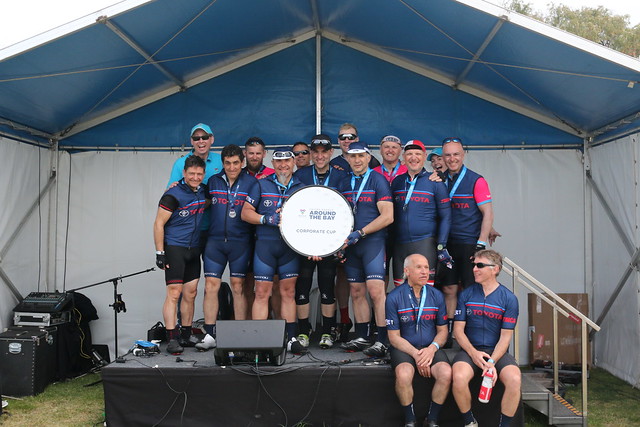