The shared path under the Swan Street Bridge has reopened after alterations were made to the bungled design presented to riders earlier this year.

Approaches to the underpass will now be easier after a fence was removed and the path widened. Line markings have been added give riders guidance.

The path will now be usable as the weather warms up, however riders will still be forced into a bottleneck beneath the bridge.

Bicycle Network spokesperson Anthea Hargreaves said that the improvements are welcome, but the underpass is still not up to scratch.

“The dangerous pinch points have been improved just in time for the increase in bike traffic that spring and summer will bring.”

“However, it’s not ideal, fixing the trail is a City of Melbourne priority and a pontoon has been identified as a viable replacement. We need to see real action rather than these quick fixes”

It was thought that the $30 million Swan Street bridge upgrade would include fixing the inadequate underpass, but inexplicably it didn't happen.

Riders put up with a year of detours and delays while the path was closed by the project and were surprised when it initially reopened to see it had been made worse with dangerous pinch points created.

Bicycle Network hopes to work with the State Government and City of Melbourne to see plans for the pontoon solution to develop.

Before and after alterations 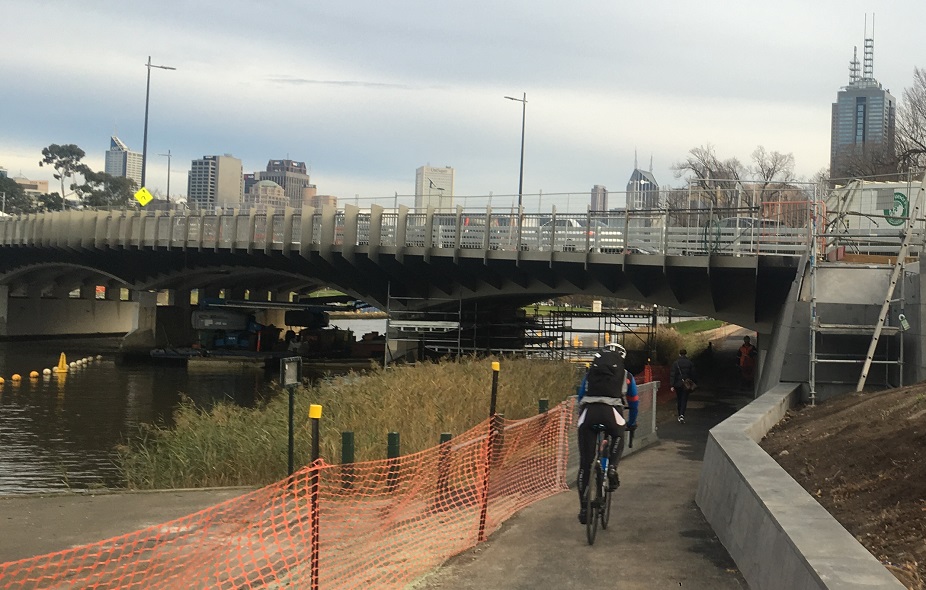 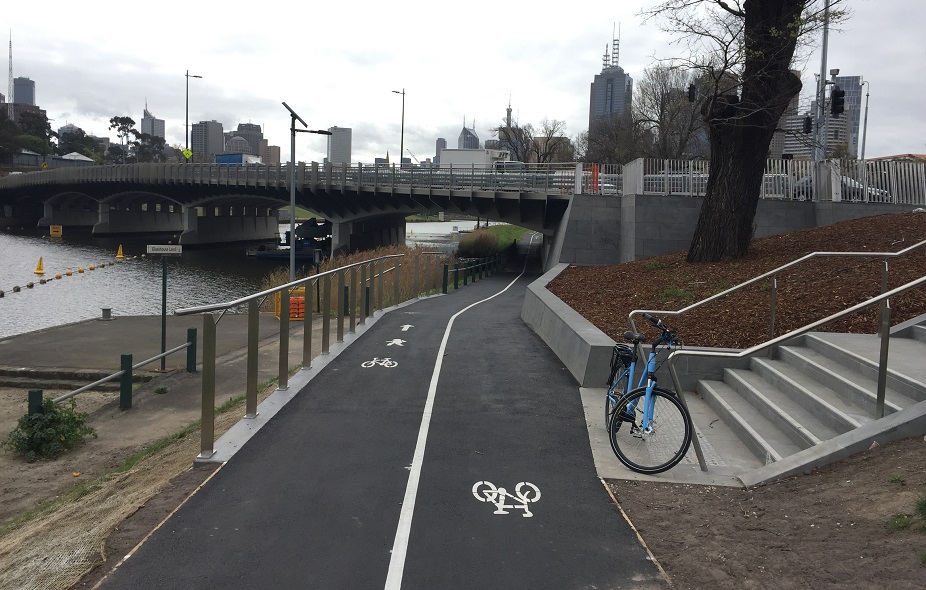 The improved approach to the Swan Street bridge underpass. 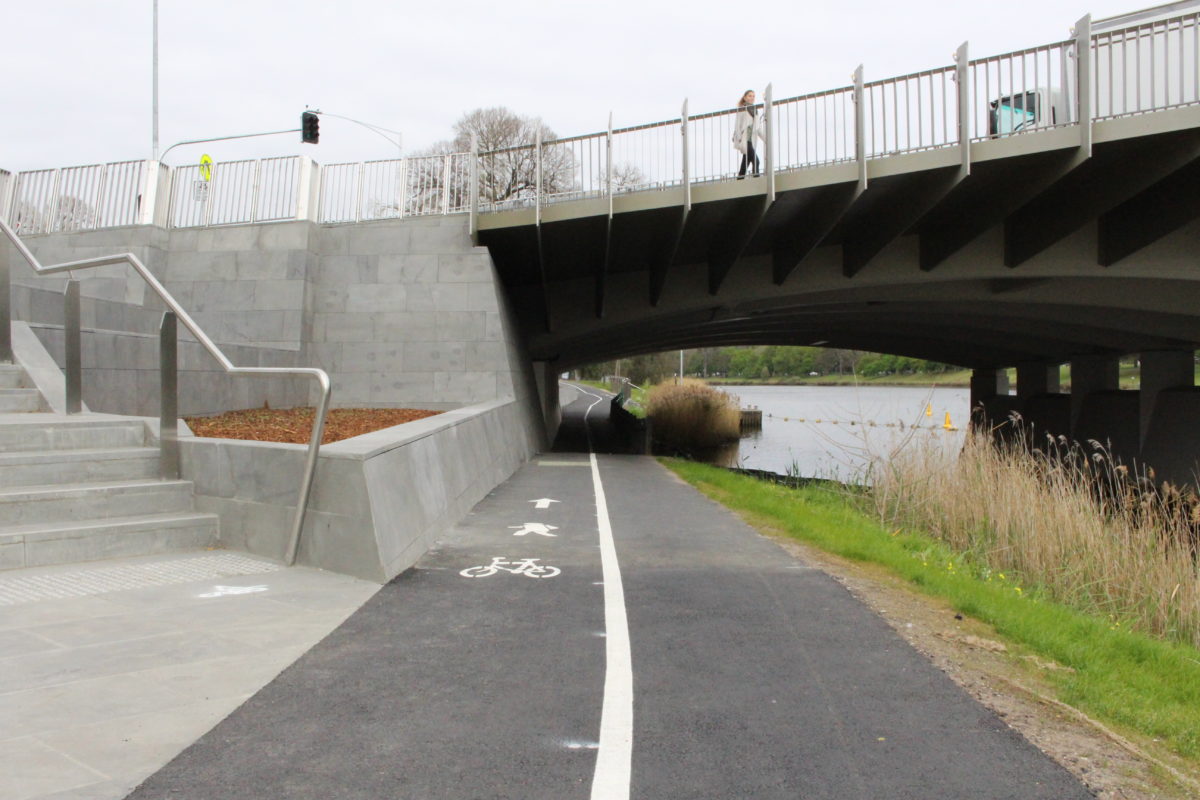 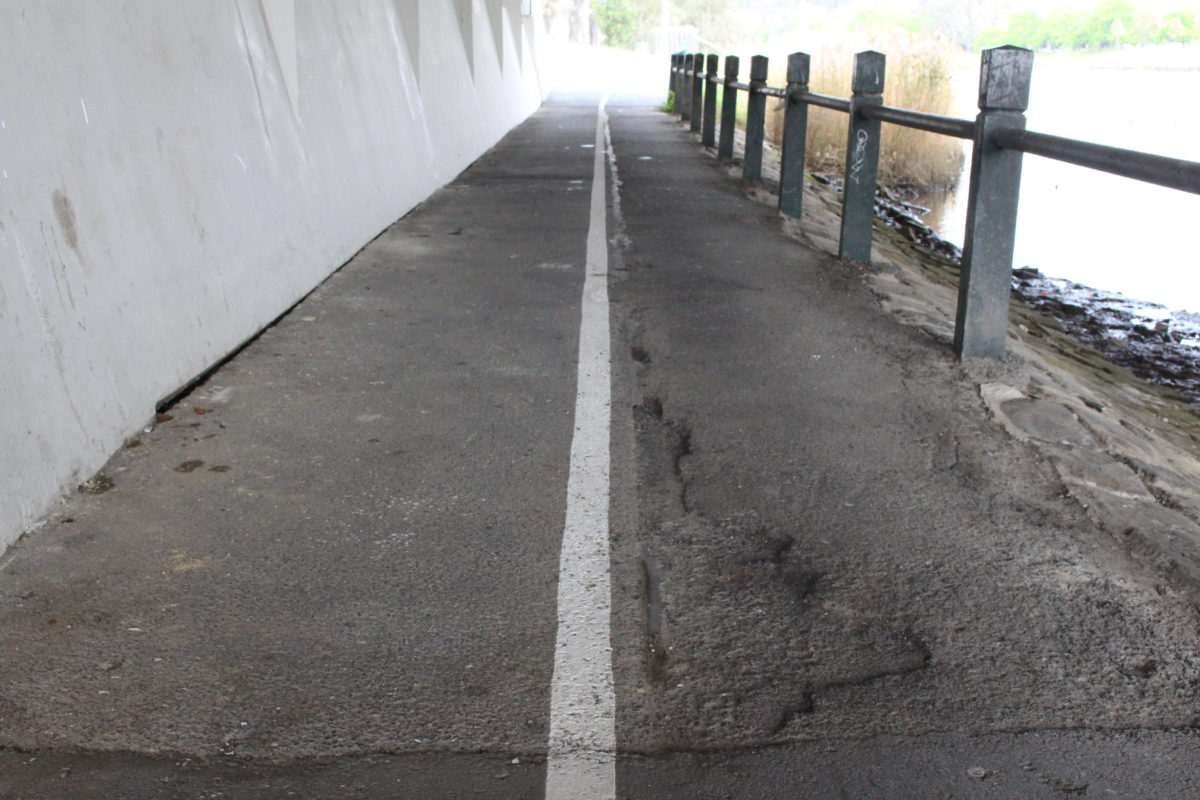